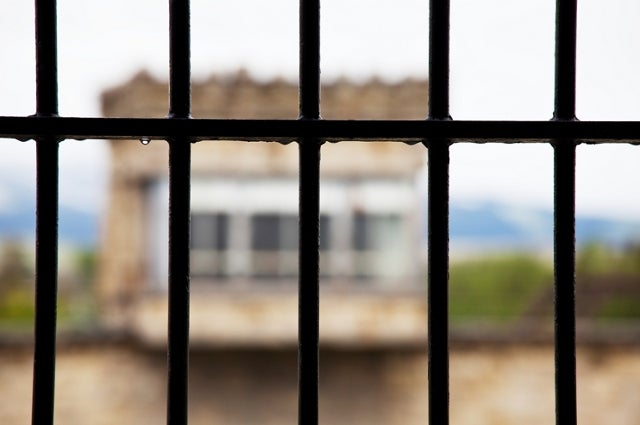 Snacking is pervasive at the Massachusetts Correctional Institute at Norfolk, a medium security prison for men just south of Boston. A pint of Ben & Jerry’s is a daily ritual for some, and a common treat is the “honey bun sandwich”—a chocolate bar melted between two honey buns, totaling more than 1,500 calories. The inmates snack out of boredom, missing their families, or depression.

“Just the quantity of ice cream, chips and cookies, and why they were eating—that was astonishing to us,” says Jessica Jones-Hughes, N09.

Jones-Hughes and Megan Miraglia, N09, learned a lot about prison cuisine when they designed and taught a Nutrition Science 101 course as part of Boston University’s Prison Education Program, which enables inmates to earn a bachelor’s degree during their incarceration. Over two years, they taught more than 50 men at MCI-Norfolk, and found them to be the most engaged group they had ever worked with.

The women, both registered dietitians, designed the class to be rigorous and consulted with Assistant Professor Kelly Kane, who teaches introductory nutrition at Tufts, about current textbooks.

The syllabus covered the basics of nutrition science, but in true Friedman School fashion, they also delved into agriculture and the food system. Some prisoners took the class to find out how to build muscle and tone their bodies, but were soon critiquing Michael Pollan’s In Defense of Food.

The teachers were impressed by their students’ creativity, especially when it came time for final presentations. One group did a rap and interactive play demonstrating cholesterol transport. Another did a version of Eat This, Not That!, complete with a prison cookbook and smuggled food samples they had concocted in the prison commissary, including lower-sugar cookies and baked chicken rolled in crushed corn flakes.

To curb the snacking epidemic, the instructors taught the inmates to analyze their diets and read labels, revealing that the bags of chips they would eat in one sitting actually contained multiple servings. But most of the ideas came from the students themselves, once they were armed with the right information.

The men suggested asking for extra vegetables in the dinner line, or taking advantage of the prison’s trading culture to swap a candy bar for someone else’s orange. One student lost 12 pounds and improved his blood sugar so much that he was able to see the TV without his glasses for the first time. Another discovered tools to manage his binge-eating disorder. A committee of inmates aimed to use what they had learned in the course to persuade the administration to improve the menu and water quality at the prison.

Miraglia, who works as a health-improvement strategist at Cigna, and Jones-Hughes, the vice president of fair trade produce importer Oke USA, have had plenty of experience trying to get people to shift their eating behaviors. Their work with the inmates, they say, will always remind them that any population has the capacity to change, given the right knowledge.

While prisoners face more tangible obstacles than most, “everyone has barriers in their lives,” Miraglia says. “The question is, if you want to make a change now, what can you do with what you have? Seeing their motivation and how creative they were in making different changes was awesome.”