Addiction in the Curriculum for New MDs 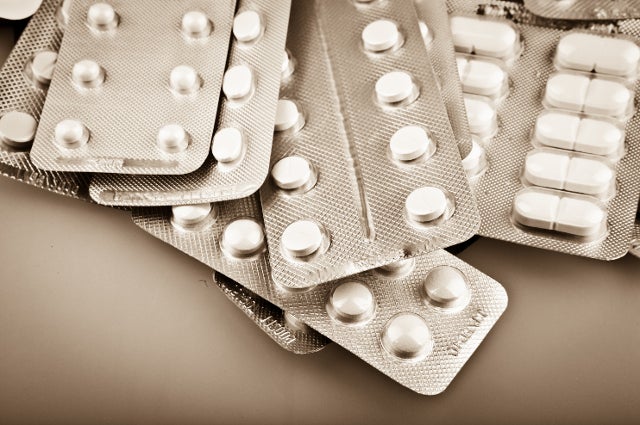 When it comes to opioid use in Massachusetts, things are bad and getting worse, says epidemiologist Thomas Stopka, an assistant professor of public health and community medicine. Deadly drug use that might once have been associated with poverty and crime has changed over the past decade and now touches just about everyone. “More and more, rural, suburban and younger populations are falling prey to it,” he says. “We’re seeing it everywhere now.”

In response to the changing landscape, Tufts is part of a concerted effort launched by Gov. Charlie Baker aimed at unifying the state’s four medical schools in curricular reform to ensure that newly minted physicians are prepared to meet the growing challenge of patients and communities suffering from opioid addiction.

The Medical Education Working Group on Prescription Drug Misuse, as the collaborative effort is called, has worked with the Massachusetts Medical Society and the Massachusetts Department of Public Health to develop a series of “core competencies” that each of the state’s 3,000 medical students should acquire during their training. The idea is to unify standards in a state that saw 1,173 opioid-related deaths in 2014, the most recent statistic.

Of the four medical schools—the University of Massachusetts, Boston University, Harvard and Tufts—only Tufts had a course on addiction medicine already in place. Associate Professor Emmanuel Pothos has taught the course to first-year students for more than a decade. Now Tufts and the other schools will adjust their overall course offerings to include the opioid perspective.

Opioid addiction in Massachusetts has grown along two main paths: people seeking to relieve chronic pain who become addicted to opioids such as Oxycontin, and others who use the drugs for recreation or self-medication. (See “Ever Wonder: Why Do People Get Addicted to Drugs?”)

Heroin has gotten both cheaper and easier to find than it used to be, worsening the situation, says Stopka.

Rebecca Lee, M16, is among the students gratified to see the curriculum changes happening. She has been involved in serving Boston’s homeless population over the past few years, and now her concern has extended more generally to addiction medicine advocacy work, including better instruction and more exposure to the topic of opioid addiction among students in the state’s medical schools.

“I’m also working with Dr. Pothos, who heads the addiction medicine course at Tufts, to try and integrate a naloxone-training session for all first-year medical students into the curriculum,” she says. Naloxone is a medication used to reverse the effects of opioids, especially in cases of overdose.

Scott Epstein, M84, dean for educational affairs, describes the spirit of the state’s opioid initiative as truly collaborative. Beginning late last summer, representatives from the four medical schools have met repeatedly, with as many as 25 people in attendance at each session. Each school will be free to adjust its curriculum in its own way, with all proposed changes set to take effect by September 2016. Meetings will continue on a regular basis “so that we can learn from each other,” says Epstein. Collectively, the schools will assess the impact of their new programs.

Tufts School of Medicine will approach the new challenge in two ways, Epstein says: by determining where the topic of opioid misuse might best be integrated into the existing curriculum, and in the longer term, by tracking how appropriate skills are being cultivated among students throughout the four years of medical school.

Internal support for the opioid emphasis is widespread. The medical school’s Curriculum Committee, consisting of 32 faculty members and 16 students, unanimously approved adoption of 10 “core competencies” related to opioid use at its November meeting.

Epstein says that the Core Collaborators Committee—a group of the core clerkship directors in the disciplines of family medicine, medicine, obstetrics-gynecology, pediatrics, psychiatry and surgery—has already begun to incorporate some of the competencies into the clinical experiences required of all third-year medical students. Each of these six clerkships will have one or more of the competencies in place by May.

How successful can any curricular efforts be in addressing something as complex as the state’s opioid crisis? Even Epstein, with all his time spent in meetings and his evident commitment to the cause, grants that it’s hard for any individual school to “move the dial” on a problem like this. Tufts' medical school, which graduates about 200 doctors each year, sees fewer than half of them go on to do their residency training in Massachusetts, he notes.

Stopka, the epidemiologist, takes a long-range perspective. “We have to approach the problem from multiple angles and with multiple tools,” he says. “Addiction is a hard disease to treat. It takes professional expertise together with a willingness, readiness and desire from the person in the throes of an addiction to be treated, and it usually takes multiple tries.”

It’s important not to stigmatize users, he says. “The person in question may be a family member, or a friend, or a coworker who has experienced addiction. We’ve got a huge challenge on our hands.”

How Opioid Use Affects Offspring in Rats