On Saturday, April 2, as Tufts celebrates the 75th anniversary of its Alumni Awards, nine Jumbos will be recognized for their career achievements, contributions to the university, and active citizenship.

This year’s Distinguished Achievement Award recipients are Anthony Banbury, A86, F92, A18P; the Honorable Ransey Guy Cole Jr., A72; and Lisa Freeman, J86, V91, NG96. Distinguished Service Awards, for outstanding service to the university, go to Barbara Clarke, J88; Bill Gehling, A74, G79, A05P; and Mark Pearlmutter, M84. Recent graduates John Prensner, A05, and Groom Dinkneh, A13, are being honored with the Young Alumni Achievement Award and the Young Alumni Service Award, respectively.  And Nahid Bhadelia, J99, F05, M05, is receiving the Active Citizenship and Public Service Award, which celebrates contributions to improving the lives of others. 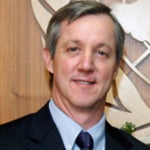 Banbury’s most recent appointment in his long career at the U.N. was as senior systems coordinator for Ebola, U.N. Assistant Secretary-General for Field Support. He has also worked with the World Food Programme; headed the Democracy, Human Rights and International Operations Directorate for the U.S. National Security Council; and served as a senior policy advisor in the Office of the Secretary of Defense. Now he is stepping into the role of chief philanthropy officer at Vulcan Inc., Microsoft co-founder Paul Allen’s company. 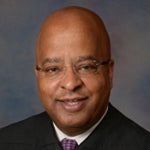 Cole, chief judge of the U.S. Court of Appeals for the Sixth Circuit, was nominated by President Clinton in 1995 and sworn in on January 2, 1996. He has also served as a trial attorney for the Department of Justice’s Civil Division and as a bankruptcy judge for the Southern District of Ohio. Prior to joining the bench, Cole was a partner at the Columbus, Ohio-based law firm of Vorys, Sater, Seymour and Pease LLP. He has been an adjunct law professor at Ohio State University Moritz College of Law as well. 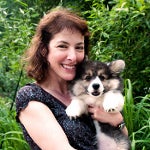 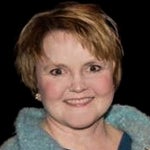 Former Alumni Council President Clarke is a technology investor and advocate for inclusive innovation. She is a founding member of Astia Angels NYC, which funds women-led startups, and an Angel in Residence at Simmons College. Clarke is one of the youngest alumni to hold the role of Alumni Council president, and during her term, she encouraged greater diversity on the council with programming such as Back to the Hill and a focus on the growth of shared interest groups. 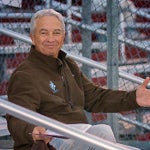 Gehling, a senior advisor in University Advancement, graduated from Tufts with a B.A. in child study. In 1979, he began a 20-year tenure as coach of the Tufts women’s soccer program. In 1999, he took over as Tufts’ fifth director of athletics, serving for 16 years and leading the program to national prominence. He also initiated the Tufts Personalized Performance Program to help students, faculty and staff attain their personal fitness goals. In October 2015, he was honored with the Tufts Distinguished Achievement Award and the Hosea Ballou Medal. 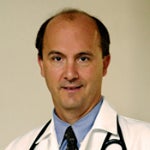 Pearlmutter, who has served on the faculty of Tufts University School of Medicine for more than 30 years, is the director of emergency services for the Steward Health Care Network. He started the Community Service Learning program and was a founding faculty member of the Tufts Sharewood Project, a student-run free clinic. After the 2010 earthquake in Haiti, he began the Tufts in Haiti program. He continues to work clinically, and has mentored countless students in clinical medicine, civic engagement, public service and volunteerism. 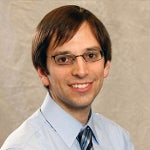 Prensner, a pediatrics resident at Boston Children’s Hospital, is committed to the study of pediatric cancer. His doctoral dissertation on non-coding RNA biology in cancer has been recognized by numerous national and institutional awards. It has also led to more than 25 manuscripts, generated two patents and helped raise more than $1 million in research funding. 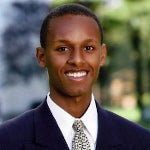 Dinkneh is a fixed-income associate with the Williams Capital Group and director of programming and young alumni affairs for the Tufts Black Alumni Association. He has developed alumni events, such as Black Homecoming, and launched the TBAA mentorship program, which connects current students with alumni in an effort to prepare students for professional challenges they may face after leaving Tufts. 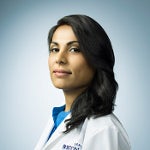 Bhadelia is the director of infection control and medical response for Boston University’s National Emerging Infectious Diseases Laboratories. She specializes in infection control with a focus on emerging pathogens and highly communicable diseases, such as Ebola, Zika and Lassa. She has worked with the World Health Organization and Partners in Health to treat more than 500 Ebola patients and has served as a consultant to the U.S. Centers for Disease Control and numerous international nonprofit organizations.

For more information on the alumni awards ceremony, including attending, please go here.