You Are What Your Parents Eat 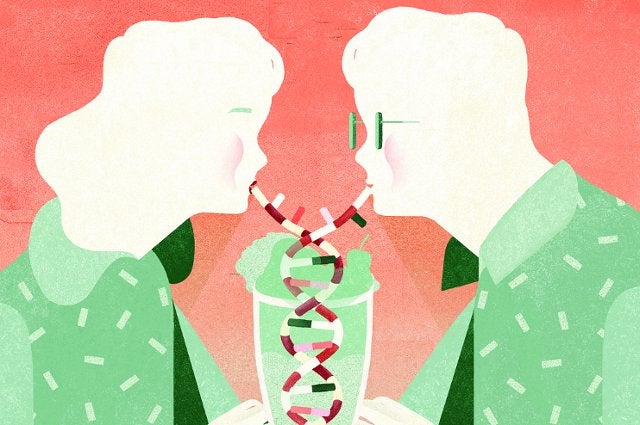 In the winter of 1944, the western Netherlands faced a famine of epic proportions. A Nazi blockade had stopped all food or fuel from entering the region, forcing residents to eat whatever they could scrounge up—sometimes even grass or tulip bulbs. Many consumed as little as 600 calories a day, and by the time the famine eased that spring, more than 20,000 people had starved to death.

It was a historic disaster that later provided a bittersweet opportunity for researchers. Because the famine had struck an otherwise well-fed community, it offered a unique chance to study how temporary malnutrition might affect long-term health—not only for those who had survived the disaster, but also their offspring.

While combing through Dutch medical records in the 1990s, epidemiologists in Britain and the Netherlands began to notice that thousands of children born to mothers who were pregnant during the famine tended to have low birth weights. That in itself wasn’t surprising, however. What shocked the researchers was that these birth weights often corresponded with high rates of heart disease, obesity and diabetes late in life—ailments that popped up decades after exposure to famine in the womb.

“That was really the first time that researchers realized parental nutrition could have an impact years down the line,” says Simin Nikbin Meydani, director of the Jean Mayer USDA Human Nutrition Research Center on Aging (HNRCA) at Tufts. That finding, called the “Barker Hypothesis” (after David Barker, the British epidemiologist who championed the notion), was not without controversy, in part because the children who survived pregnancy during the famine may have been somehow different from those who did not.

But it did open up a new area for scientific exploration—one that Meydani and other HNRCA researchers are able to focus on through better-controlled experiments. “We’re starting to gain a much better understanding that what happens to you early in life, and what happens to your parents, has a significant impact in terms of how you grow up and respond to different diseases,” she says. “It’s a really exciting concept.”

The thought that our offspring could be affected by our own nutritional circumstances is a humbling one. Think about it—the health of your children as they reach old age might be tied to the diet you or your partner ate before your kids were born. So how, exactly, is that even possible?

According to researcher Jimmy Crott, that’s an ongoing question. Crott is a scientist at the HNRCA and an assistant professor at the Friedman School, where he studies the link between nutrition and cancer. He says the answer may not necessarily lie in a parent’s genes—rather, it’s in the way those genes are turned on and off.

In every DNA molecule lies a sort of master plan for the entire body. Think of it as a cookbook of sorts—it holds tens of thousands of recipes that let it create any sort of tissue, enzyme, hormone or other substance in the human body.

Somehow, our cells are able to browse all this information in an orderly way and extract only the bits needed to do their jobs. Cells in the pancreas, for example, turn to recipes for making insulin, whereas cells in the gall bladder home in on ones for creating bile. There’s no single mechanism that allows cells to do this, Crott notes. Rather, it’s a combination of processes, including one researchers collectively call the epigenome.

“The epigenome is essentially a set of modifications to DNA that don’t change the genetic code, but instead sit on top of it,” says Crott. It acts as a set of chemical bookmarks that flag certain sections of DNA, directing a cell’s attention to specific genes. 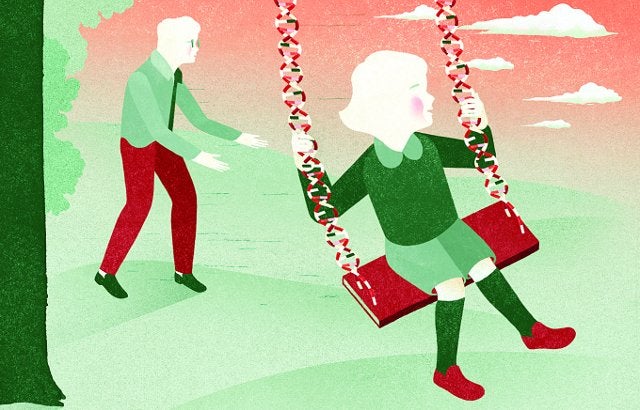 “We shouldn’t only be thinking about disease prevention during adult life. That might not be enough,” says Simin Nikbin Meydani. “It needs to start very early in childhood and be a continuous process. In fact, your parents have to start early in order to give you the best chance of reducing your risk of disease.” Illustration: Gracia Lam
The epigenome can also mask parts of DNA, making those genes unavailable. By selecting which genes are readable at any given time, it effectively controls how a cell can use its genetic code. The catch, Crott says, is that external factors, such as environmental pollution, aging and diet, may affect how accurately those bookmarks are placed, and how well they’re maintained.

Although the epigenome uses a number of methods to turn genes on and off, one major process is DNA methylation. This happens when a molecule called a methyl group binds onto a section of DNA, rendering certain genes unreadable. With a normal, healthy diet, Crott says, this methylation usually works just fine. Take away key nutritional components like folates (one of the B vitamins), however, and it can start misbehaving.

“Folate and related B vitamins are very important for shuttling methyl groups around in the cell,” Crott says. Without them, it becomes more difficult to bookmark or mask particular genes, which throws a wrench into the cell’s epigenetic works. “An abundance or lack of folate certainly isn’t the only thing that affects methylation,” Crott says, “but if you don’t have the right raw materials, certain parts of the machine can be compromised.”

If the methylation process is damaged, it can leave cells with a major information management problem. Bookmarks that normally let the cell focus on specific genetic recipes can suddenly go missing, or show up where they’re not expected, causing the wrong genes to be read at the wrong time. That can result in a host of health problems, ranging from obesity to heart disease—even certain kinds of cancer.

In 2011, Crott and his research team tested this idea in pregnant mice. Some were given foods packed with folate and related B-vitamins, while others were fed smaller amounts of those nutrients. As it turned out, the mice that ate a folate-rich diet during pregnancy had offspring with lower rates of intestinal cancer. When Crott’s team analyzed the DNA of the “lower-folate” mice, it made a startling observation: A gene called Sfrp1, which can help suppress tumors, was less active than normal, leaving those mice susceptible to disease.

Logically, this makes sense. As a fetus develops, it gets its nutrients directly from the mother, so any major imbalances she experiences in her own diet can alter its growth. Surprisingly, however, it’s becoming more and more clear that what a father eats can play a major role as well.

Unlike egg cells, which form only once in life (as a female fetus develops), sperm cells are created constantly, and so might be particularly sensitive to their current environment. If a father’s nutrition suffers, even on a short-term basis, it could cause epigenetic changes in his sperm, some of which may affect the health of his future children.

“Everyone pretty much accepts that what a mother does during pregnancy influences her unborn child. But paternal influence is really a new concept,” says Meydani. “It means you can’t blame only the mothers anymore—fathers have to take some responsibility for how children will turn out as well.”

These new findings raise some existential questions. Are we doomed to feel the effects of our parents’ environment as we age? If they experienced nutritional extremes, like famine or obesity (which has also been found to change the epigenome), will we inevitably face disease later in life?

Not necessarily, Meydani says. The fact that the epigenome is so easily affected by our nutrition can swing both ways, and it may actually be possible to counteract some of the risk you inherited from your parent’s nutrition by making certain lifestyle changes. That’s particularly the case for conditions like obesity, says Susan Roberts, director of the HNRCA’s Energy Metabolism Laboratory. “About 50 percent of body-fatness variability is inherited. The other 50 percent is attributable to lifestyle, and much of that lifestyle is learned,” she says.

For the most part, she says, what adults cook for dinner is what’s on the table for children, so kids learn to eat and enjoy the foods their parents eat. If that food isn’t healthy, there’s a greater chance that children who are already predisposed to gaining weight will become obese.

To break this cycle, Roberts is working on finding ways to combat obesity at an early age and educating parents and families to encourage healthier eating. “I think the biggest thing is really habit formation,” she says. “Ninety percent of the things we do, we sort of do by rote, and food choices are no different.”

Rethinking disease prevention in this way may be the key to healthy aging, says Meydani. What we do now, after all, doesn’t just affect us; it can affect the next generation, too.

“We shouldn’t only be thinking about disease prevention during adult life. That might not be enough,” she says. “It needs to start very early in childhood and be a continuous process. In fact, your parents have to start early in order to give you the best chance of reducing your risk of disease.”

David Levin is a freelance science writer in Boston.