Veggies Worth a Second Glance 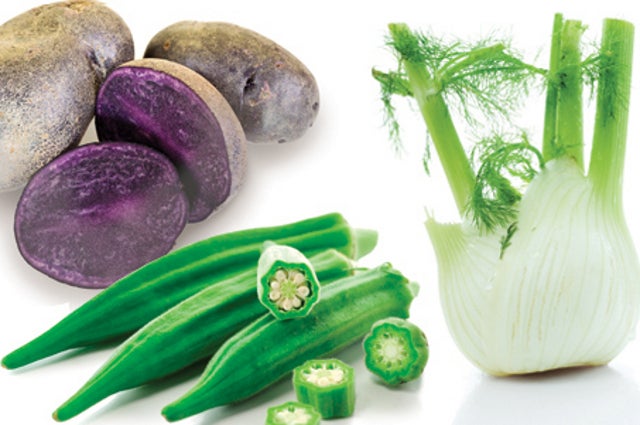 Here, in no particular order, are some vegetables that deserve a second glance for their nutritional benefits, according to Jeffrey Blumberg, a Friedman School professor and scientist in the Antioxidants Research Laboratory at the Jean Mayer USDA Human Nutrition Research Center on Aging at Tufts, and Helen Rasmussen, a Friedman School instructor and senior research dietitian at the center.

The artichoke packs a nutritional punch, though identifying the edible part is somewhat tricky for the uninformed. The tender artichoke heart is at the bottom of the vegetable. Once steamed, the cactus-like leaves can be eaten by biting down them and scraping the tender flesh into your mouth. The edible parts of the artichoke contain fiber, folate, lutein, zeaxanthin, potassium, and vitamins K and C. It is very low in calories (64 in one medium artichoke).

These tubers, which have purple skins as well as flesh, are popular in South America. You’ll most often find the younger, golf-ball-sized ones in supermarkets, even though the mature root can grow to the size and shape of a white potato. The nutritional profile of purple potatoes is similar to that of russet potatoes, with both being good sources of potassium and fiber. (Keep the skins on!) Purple potatoes also contain the flavonoid anthocyanins, which is associated with healthy blood pressure and reduced risk of some forms of cancer. 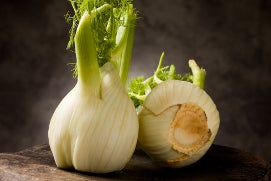 Photo: Ingimage
Fennel is a flowering plant related to the carrot family. One half of a bulb is a mere 36 calories, and hits the jackpot in vitamins A, C and K; carotenoids (beta carotene, lutein and zeaxanthin); and potassium. It is also a good source of fiber. While fennel is commonly used in Italian and French cooking, it is often misunderstood and neglected in the U.S. Is it a vegetable, an herb or a spice? The hollow stalks of fennel are considered an herb, having an appearance similar to dill. They’re usually chopped and sautéed, and then added to salads, soups or vegetables with butter or olive oil. But the part of fennel most commonly used in cooking is the cultivated bulb, called the Florence fennel. Its inflated leaf base has a mild anise flavor with a sweeter taste. Sliced Florence fennel can be grilled, roasted or baked.

To the uninformed cook, the first reaction to celeriac, also known as celery root, may be, “Is this a joke?” The appearance of the uncontrolled, massive ball of roots and flesh can make one wonder how it ever became part of any edible table fare. This delicious, earthy, celery-flavored vegetable can be used raw in salads or cooked and mashed along with potatoes. A half-cup serving yields only 21 calories and has plenty of vitamin K and potassium. 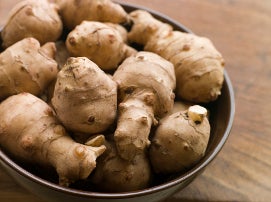 Photo: Ingimage
Contrary to its name, the roots of this root vegetable started in North America, where explorer Samuel de Champlain came across it and described its flavor as similar to that of an artichoke. The Jerusalem part of its moniker may have come from girasole, the Italian word for sunflower, as this plant is the tuber of a sunflower. Also known as sunchoke, this low-calorie food (55 calories for a half cup) has piqued the interest of health professionals, because it contains inulin. A starchy compound, inulin is classified as a prebiotic, because it supports the growth of beneficial bacteria in the bowel. Sunchokes are slightly sweet and are often served in stir-fried dishes or chopped raw in salads.

The parsnip is a root vegetable with a culinary history dating back to the ancient Greeks and Romans, who cultivated it. The parsnip can be eaten raw, but is usually cooked—it becomes sweeter that way. In either case, parsnips are a good source of fiber and vitamin C and contain more potassium than many other vegetables. 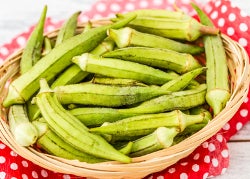 Photo: Ingimage
A member of the hollyhock family, this vegetable is technically a fruit. Its drought-resistance makes it an attractive food in countries all over the word. It grows wild in Africa, Asia and Australia, and it’s a popular thickening ingredient in gumbo stew. Turned off by the gooey liquid emitted during cooking? Cook the okra separately over a hot fire and then add it to the dish. This low-calorie food (12 calories for five pods) adds flavor to any meal, as well as lutein, vitamin K and potassium.

Collards are a cruciferous vegetable, from the same family as broccoli and cabbage. These slightly bitter leaves are a staple in Southern cooking, along with kale, mustard greens and turnip greens. They are an excellent source of vitamins C and K as well as dietary fiber. Collards also contain sulforaphane, which may help prevent some forms of cancer, and very large amounts of the carotenoid lutein, which concentrates in the brain and retina. It’s helpful to cut collards into small pieces so they cook more quickly, helping avoid the unpleasant sulfur smell associated with overcooking them. 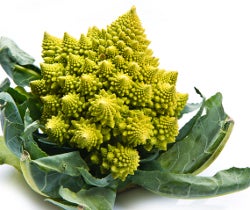 Photo: Ingimage
Also known as Romanesque cauliflower, this is an edible flower bud in the cruciferous family and an ingredient in Italian cuisine, though harder to find in America. It has the crunchiness of cauliflower but a delicate, nutty flavor. Its chartreuse color and fractal shape make it an unusual addition to common dishes. Romanesco is a good source of vitamins C and K, fiber, and carotenoids.

This root vegetable tastes similar to a broccoli stem or cabbage heart, but milder and sweeter. It can be consumed raw in salads and slaws or cooked. Kohlrabi is often found in German dishes as well as Kashmiri cuisine. It is an extraordinarily rich source of vitamin C, with one serving providing the full recommended daily value.