The Future of Food

Getting a better read on how climate change threatens agriculture 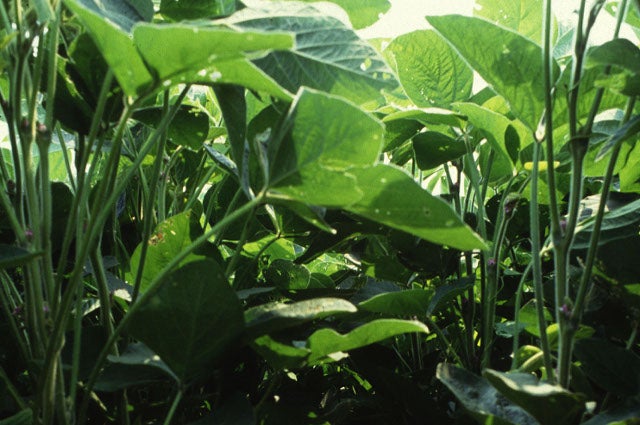 Climate change expected over the next decade may cause food production in a key agricultural region of Brazil to decline by up to 13 percent, according to research by Avery Cohn, assistant professor of environment and resource policy at the Fletcher School. The decline reflects both reductions in crop yield—how much is produced per area harvested—and how crop failures and farmers’ decisions together lead to cultivating less land and growing only one crop in a season instead of two.

Changes in rainfall and temperature affect not just whether crops are abundant at harvest (the yield), but also whether they live that long, Cohn says. Because previous research has failed to account for losses from crops dying before they can be reaped, it may have underestimated the effects of climate change on the food supply.

Cohn and a team at Brown University focused on Mato Grosso, a state in Brazil that supplies 10 percent of the world’s soybeans. Their research, published in the journal Nature Climate Change, suggests that an increase in temperature of 1 degree Celsius in Mato Grosso will lead to a 9 to 13 percent reduction in soy and corn production. Most of that decrease would be due to the combination of crop failure and farmers’ decisions to sow fewer crops, rather than lower yields on the crops harvested.

“We’re quite worried that the region’s production is imperiled,” Cohn says.

Farmers in Mato Grosso are able to plant a second crop, which is usually corn, after they harvest their primary cash crop of soybeans. To do this successfully, the first crop needs to be planted on time, but a late start of the rainy season can delay this. Then, the first crop needs to be harvested and the second planted at the height of the rainy season. If there is too much rain, it’s hard to use equipment, which can put off the harvest of the first crop or the planting of the second, or both, Cohn says.

If the first crop of the season isn’t well-timed, farmers may choose not to plant a second crop, perhaps because they lack crop insurance and fear even bigger losses. Understanding their decisions is a key step in helping to make farming more resilient in the face of climate change.

In his current research, Cohn is investigating whether more diversified farming, which involves planting multiple crops on a farm or maintaining a mix of livestock and crops, is more resilient in the face of climate change. He uses satellite information, climate data and information about management choices to determine whether some producers are faring better and why. Figuring out the answers to such questions can help guide agricultural policies and ensure a more stable food supply, which is important not only to feed the world’s growing population, but also to maintain broad economic and political stability, Cohn says.

“Some amount of climate change is inevitable,” he says. “So we’re asking, How vulnerable is the agricultural system, and what are the remedies?”