Writing from the War Zone

Janine di Giovanni, F16, talks about her new book, and what it takes to report the truth about conflicts like Syria and Bosnia 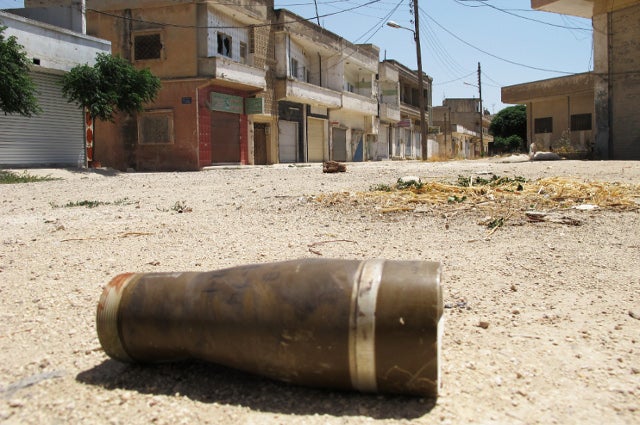 When Syrian President Bashar al-Assad cracked down brutally on protests during the Arab Spring of 2011, Janine di Giovanni, F16, was caught up in a different war. She was writing about Ratko Mladic, the Serbian general accused of leading a massacre that left 8,000 men and boys dead in 1995. Mladic was still at large, and di Giovanni, a veteran war correspondent, wanted people to remember him and the murders of which he was accused.

When she turned her gaze the next year to the bloody conflict in Syria, in which hundreds of thousands of people have been killed and millions displaced, she saw haunting parallels to Bosnia. And once more she felt compelled to chronicle war’s impact on ordinary people. The devastating result is The Morning They Came for Us: Dispatches from Syria (Liveright), a book based largely on her visits to the country during six months in 2012, at the start of the war.

In the New York Times, Michiko Kakutani called The Morning They Came for Us a “searing and necessary book” in which di Giovanni writes “with urgency and anguish—determined to testify to what she has witnessed because she wants ‘people never to forget.’”

Di Giovanni earned a master’s degree from the Fletcher School through its low-residency Global Master of Arts Program, which allowed her to continue working full-time while gaining a big-picture perspective on the issues she’d seen up close in Syria. The Middle East editor of Newsweek and a contributing editor to Vanity Fair, di Giovanni has reported on conflicts in the Balkans, the Middle East and Africa for more than 20 years. She has published seven books, including Ghosts by Daylight: A Memoir of War and Love and Madness Visible, about the brutal and protracted wars that broke up Yugoslavia. Di Giovanni has won numerous honors, including the National Magazine Award, and was one of four women awarded the 2016 Courage in Journalism Award from the International Women’s Media Foundation in May.

She spoke recently with Tufts Now about her need to bear witness to the atrocities of war.

Tufts Now: In your book, you write, “I swore to myself, after Bosnia, that I would never live through another war that would consume me.” A diplomat friend told you not to go to Syria, but you went anyway. Why? 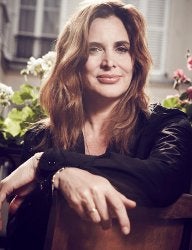 Janine di Giovanni
I think he knew that my response to something like Syria would be extreme, and that I wouldn’t really cover it the way a normal reporter would—that is, just to go there and think of it as a job and do the story—that it would become something much bigger for me, almost an odyssey. He knew that if I started doing it, I wouldn’t give up on it until it was over, and that it would be emotionally not good for me. Because it’s not. It’s not good for you to live in war zones or to see so much extreme suffering on a consistent basis.

But I felt I couldn’t stay away from it. It looked increasingly to me like it was another Bosnia, where we were going to watch a country being destroyed—a society being destroyed—and we weren’t going to do a damn thing about it. And that’s pretty much what happened.

In your book, you describe a pro-regime journalist who enters a Syrian town that has just been bombed and pushes her microphone in the faces of injured people waiting for medical care. Her behavior seems indecent, but still, how do you report on wartime experiences in a respectful way?

I don’t really think of myself as a reporter, to be honest. In a rather arrogant way, I think of myself as a social scientist, as an anthropologist. I don’t do news stories, and I don’t do quick stories either. I spend a long time in the field gathering research and a long time identifying who I’m going to talk to and then building up trust. If people don’t want to talk to me, I absolutely do not make them.

Let’s say I never worked in the Middle East before or in Syria, and I just parachuted in and wanted to find a rape victim. I think that would be obscene. But I covered sexual violence extensively in Bosnia and Kosovo and Africa, all over Africa. I’ve also had some training from different human rights organizations, and I did work for the United Nations High Commissioner for Refugees for a year, on a project with Syrian women. So I think I have a natural and a trained sensitivity to these really painful issues.

You describe how many Syrian elites couldn’t believe their country was teetering on the edge of war back in 2011 and 2012.

Very early on, of course, it’s a human reaction to deny that war is coming to your country. You don’t want to think your country’s about to go down the rabbit hole. You hold on to your normality as long as you can.

You also tell the story of a human rights law student named Hussein, who is recovering from wounds he says were the result of torture by pro-regime forces, which he escaped only when a sympathetic doctor declared him dead and a nurse sneaked him out of the morgue. He spoke to you hoping that the perpetrators would be punished. Do you think they will be? 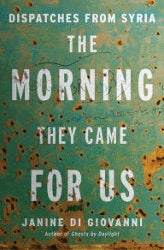 I hope they will be. I hope that all war criminals and people who violate human rights during conflict, whether it’s sexual abuse or torture, will be punished—that there’s a clear message being sent to them that they will not be allowed to act with impunity, that they will be hunted down, they will be caught, and that justice will be given to victims. Unfortunately, that’s not usually how it works in these situations. Look at Bosnia. So many of the women that were raped in Foča or other rape camps still have to basically see their rapists every day, and it’s the women, the victims, who drop their eyes in shame, not the other way around.

You have a 12-year-old son, whose father, journalist Bruno Girodon, survived being shot in the face while reporting in Libya in 2011. Has your willingness to report from the front lines changed over the years?

Journalists have always been targeted, or journalists have always been in the wrong place at the wrong time in conflict. It’s only recently that we’re killed, we’re beheaded, and that kidnapping is such an industry. So, of course, being a parent has changed everything for me, and I don’t take the risks I used to take. I just can’t. I have a little boy and he’s my priority.

Before I had him, I would spend months and months somewhere, and I’d live there. I lived in Sarajevo during the siege. Now I don’t. Literally, if I spend two weeks somewhere, that’s a really long time. It’s a lot more exhausting to do things in short spurts, but that’s the way I work now. I’ll research everything really carefully, and I’ll get somewhere and I’ll get off the plane and start working, and I’ll have five or six interviews in one day. And then I’ll do repeated trips. With Syria, it was back and forth and back and forth for four years, rather than staying there.

The fighting has been going on for five years in Syria. What do you think can be done to try to end the war?

There should be an end to the humanitarian suffering, and to achieve that, I think more pressure needs to be put on the Russians, who hold the key to getting through to Assad.

Now that you’ve completed your degree at Fletcher, what’s next?

I’ve often thought of going to work for the UN. On the other hand, I’ve had a very independent life, and I’ve been able to call people out. I was on a panel last weekend with Michael Hayden, who’s the former head of the NSA and the CIA, and I could say to him, “How do you sleep at night? How do you justify torture? How do you say that waterboarding is not torture?” If I worked for the UN or the government, I couldn’t do that. But I’m open to anything. We’ll see what the future brings.

My thesis at Fletcher was on Track II diplomacy [unofficial dialogue and problem-solving that involves non-governmental leaders] in Syria, and what I really would like to do is work in Track II, work on conflict resolution. Hopefully, I’ll be headed in that direction.