Individual mycobacteria respond differently to antibiotics based on growth and timing 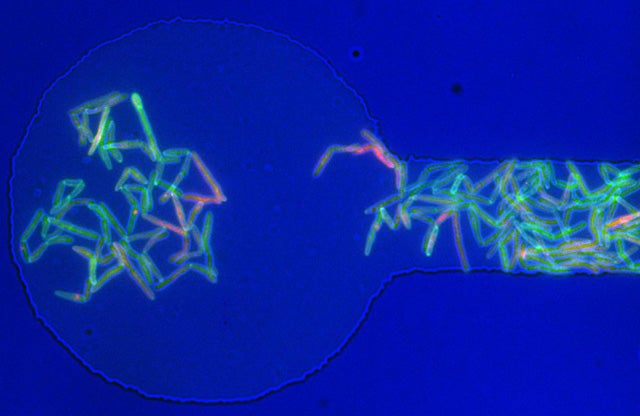 BOSTON (July 1, 2016)—Tuberculosis is one of the most common infectious diseases in the world, infecting almost 10 million people each year. Treating the disease can be challenging and requires a combination of multiple antibiotics delivered over several months. This is due, in part, to variations in antibiotic tolerance among subpopulations of Mycobacterium tuberculosis, the bacteria that cause tuberculosis.

Researchers from Tufts University School of Medicine have now identified specific combinations of factors that are linked to why individual mycobacteria of the same genetic background can respond differently to antibiotics. Bacteria that were smaller at birth and ones that were at the beginning or end of their cell division cycles were most susceptible to antibiotics, while larger cells in the middle of a cell cycle were the most tolerant.

The findings, published in the Proceedings of the National Academy of Sciences on June 30, shed light on the complexity of antibiotic tolerance and may improve the future design of drug regimens. 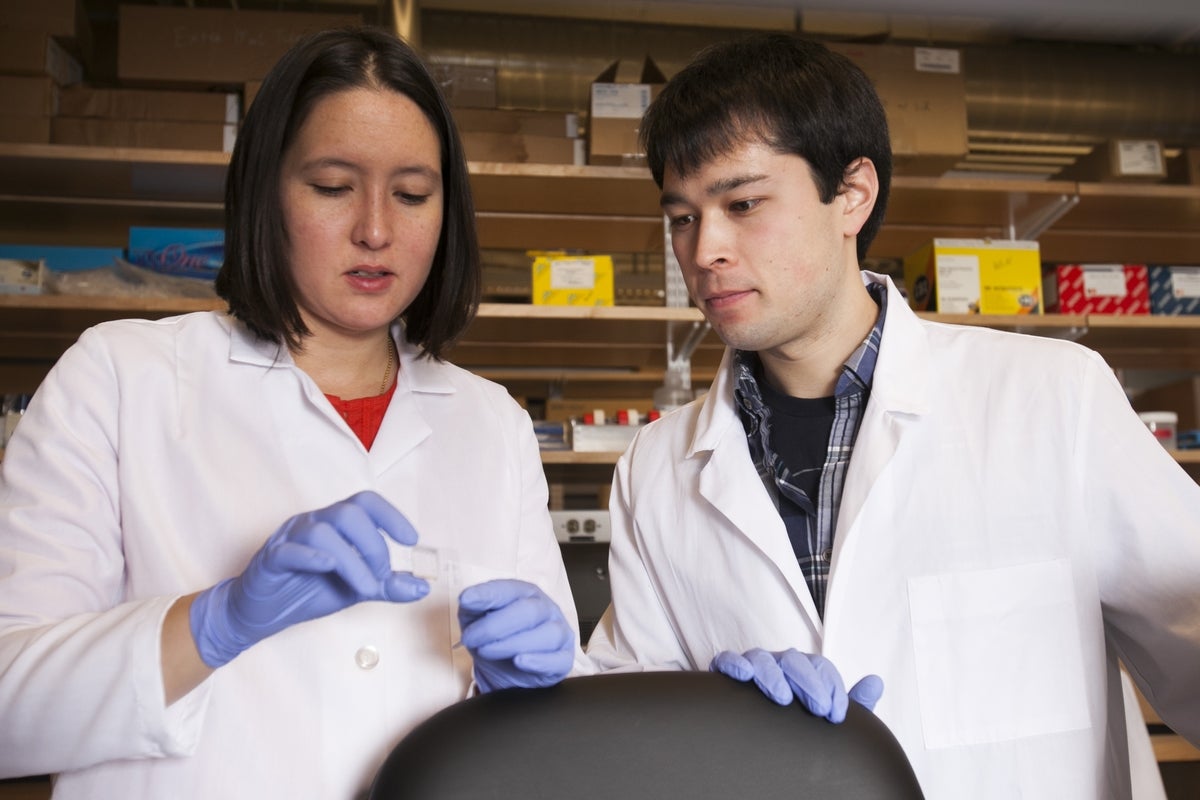 Tufts University assistant professor Bree Aldridge (left) and research technician Owen Bennion (right) examine a microfluidic device used to study how individual bacteria respond to antibiotics. (Kelvin Ma/Tufts University)
“Our study shows that bacteria in a population that we thought of as being identical are actually not. Even simple differences such as how big they are at birth correlate with differences in how they respond to drug treatment,” said senior study author Bree Aldridge, Ph.D., assistant professor of molecular biology and microbiology at Tufts University School of Medicine and adjunct assistant professor of biomedical engineering at Tufts University School of Engineering. "We hope we can eventually use these insights to help engineer new, rational drug combinations that can more effectively treat tuberculosis and other diseases by specifically targeting the cells that are slower to respond to antibiotics."

Aldridge and her team, including Kirill Richardson, M.S., research technician in Aldridge’s lab, based their study on Mycobacterium smegmatis, a fast-growing, non-pathogenic relative of M. tuberculosis. The researchers were able to analyze the responses of individual bacteria to rifampicin, a core frontline antibiotic used to treat tuberculosis. This was accomplished through the use of live-cell microscopy, microfluidic and imaging tools, and mathematical models.

Identical, but not the same

In a previous study, Aldridge and her colleagues demonstrated that mycobacteria divide asymmetrically—despite being genetically identical, one of the two daughter cells will usually be longer and faster growing than its twin. In the current study, the team found that these longer bacteria were least affected by rifampicin. Bacteria that inherited a mature growth pole, the cellular structure where growth originates, from its mother cell were also slower to respond to the antibiotic.

Small colonies of genetically identical mycobacteria growing in a microfluidic chamber. Individual mycobacteria will respond differently when exposed to a common antibiotic, depending on growth and timing factors. (Aldridge lab)
The researchers found that timing—specifically, the phase of the cell division cycle that bacteria were in when exposed to the antibiotic—had a significant effect on susceptibility. Rifampicin susceptible bacteria were small and at the beginning stages of their cell cycles, or larger and at the end stages of their cell cycles. Bacteria in the middle of their cell cycle were least affected by the antibiotic.

“By simply watching cells grow, we were able to characterize several differences between bacteria that are killed quickly and those that respond slowly to antibiotics,” said Aldridge, who serves as faculty in the Immunology and Molecular Microbiology programs at the Sackler School of Graduate Biomedical Sciences at Tufts. “We hope to refine these multivariable descriptions so that we can anticipate the cyclic changes to drug susceptibility in mycobacteria, and eventually use them to shorten the long and difficult treatment course for tuberculosis.”