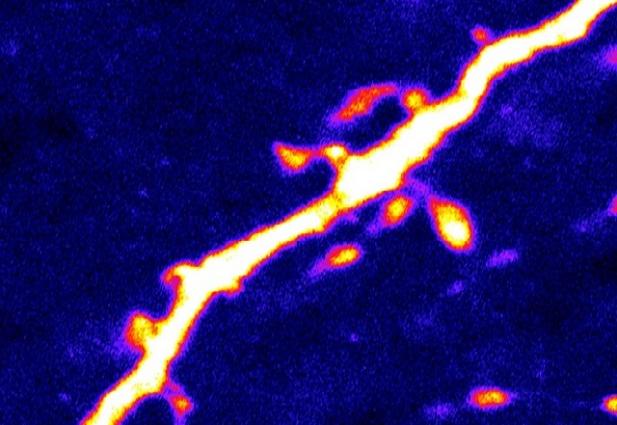 Boston (July 6, 2016) – Neurons in the brain that control hunger are regulated by AMPK, a protein activated during fasting, report researchers from Tufts University School of Medicine, Beth Israel Deaconess Medical Center and Harvard Medical School in Neuron on July 6, 2016.

High AMPK activity levels significantly increase the firing of “hunger” neurons known as AgRP neurons, leading to greater food intake, body weight and fat mass in mouse models. Blocking AMPK activity in mice led to reduced hunger and AgRP neuron firing, even after fasting. The research team found that AMPK alters the ability of AgRP neurons to form synapses, or new connections from other neurons. The study sheds light on the biological mechanisms that regulate feeding behavior, and serves as a potential model for the broad study of synapse formation. 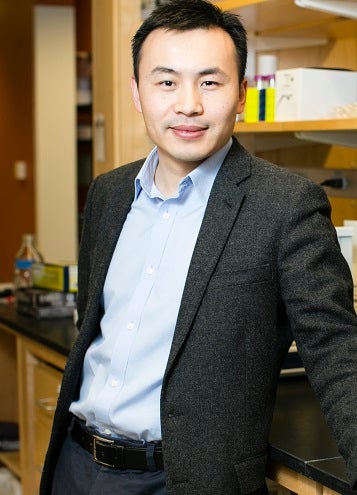 Located in the hypothalamus, AgRP (agouti-related peptide)-expressing neurons play an important role in feeding behavior. Experiments have shown that over-activation of these “hunger” neurons can cause mice to continue eating even when full. When AgRP neuron activity is blocked, mice cease eating. While AgRP neurons are known to be activated by fasting and the hormone ghrelin (produced by an empty stomach), and inhibited by the hormone leptin (produced by fat cells), less is known about their underlying biological mechanisms.

To investigate, Kong and his colleagues focused on AMPK, a metabolic sensor protein involved in energy regulation that can be found in most cells. AMPK activity has been shown to be triggered by fasting and ghrelin, mirroring AgRP neuron activation patterns. But its role in neurons was unclear. The researchers began by developing a suite of genetic tools that allowed them to assess AMPK activity in mice and manipulate its signaling in only AgRP neurons, leaving other cell types unaltered.

The team found that AMPK activity in AgRP neurons was more than double in fasted animals compared to animals in a sated state. They then engineered mice with continuously activated AMPK protein. This caused increased AgRP neuron firing and higher food intake, body weight and fat mass in both fasted mice and mice that had unlimited access to food. Blocking AMPK activity produced the opposite effect and decreased AgRP neuron activity.

In addition to altering the frequency and rate of firing of AgRP neurons, AMPK also affected the formation of dendritic spines—structures on neurons involved in neurotransmission, which receive synaptic inputs from other neurons. In a previous study, Kong and his colleagues found that dendritic spine density directly correlated with the effect of AgRP neurons on hunger. In the current study, the team confirmed that high levels of AMPK activity caused high AgRP dendritic spine density, while blocking AMPK activation halted spine formation.

"We previously found that fasting can drive feeding behavior with increased synapse formation and firing activity in AgRP neurons, and we have now shown that AMPK is both necessary and sufficient for this to occur," said Kong, who serves as faculty in the Neuroscience and Cell, Molecular & Developmental Biology programs at the Sackler School of Graduate Biomedical Sciences at Tufts. “Even in a fed state, mice with continuously active AMPK have higher AgRP activity, eat more, and develop obesity faster.”

Kong and his colleagues further examined how AMPK affected dendritic spine formation by studying PAKs, a group of proteins involved in synaptic plasticity that AMPK is known to act on. The team found that specifically blocking PAKs inhibited AgRP neuron activity and dendritic spine formation in fasted mice—even in mice with AMPK continuously activated. Their findings suggest that PAKs are required for AMPK activation of AgRP neurons, and play an important role in AMPK-mediated synaptic plasticity.

Kong cautions that AMPK and PAKs are currently not ideal therapeutic targets, due to their widespread presence in cells throughout the body. However, clarifying the biological mechanisms by which AgRP neurons function is necessary for future research efforts to identify more suitable targets, he says. Kong and his laboratory at Tufts are now further exploring the mechanisms by which AMPK, PAKs and AgRP neurons interact with each other, and with other signaling factors important for feeding such as leptin, ghrelin, insulin and glucose.

"Given the wide expression of AMPK and PAK proteins, as well as other engaged molecules, our findings could have potentially broader effects on the study of synapse formation," Kong said. "While we do not provide a definitive target for drug development against obesity or eating disorders, we believe these findings clarify our understanding of this important energy-regulating pathway, and enable new approaches for future research and therapeutic studies."