Does music sound better on vinyl records than on CDs?

Paul D. Lehrman, a lecturer in music and director of the music engineering minor program, weighs in on the debate 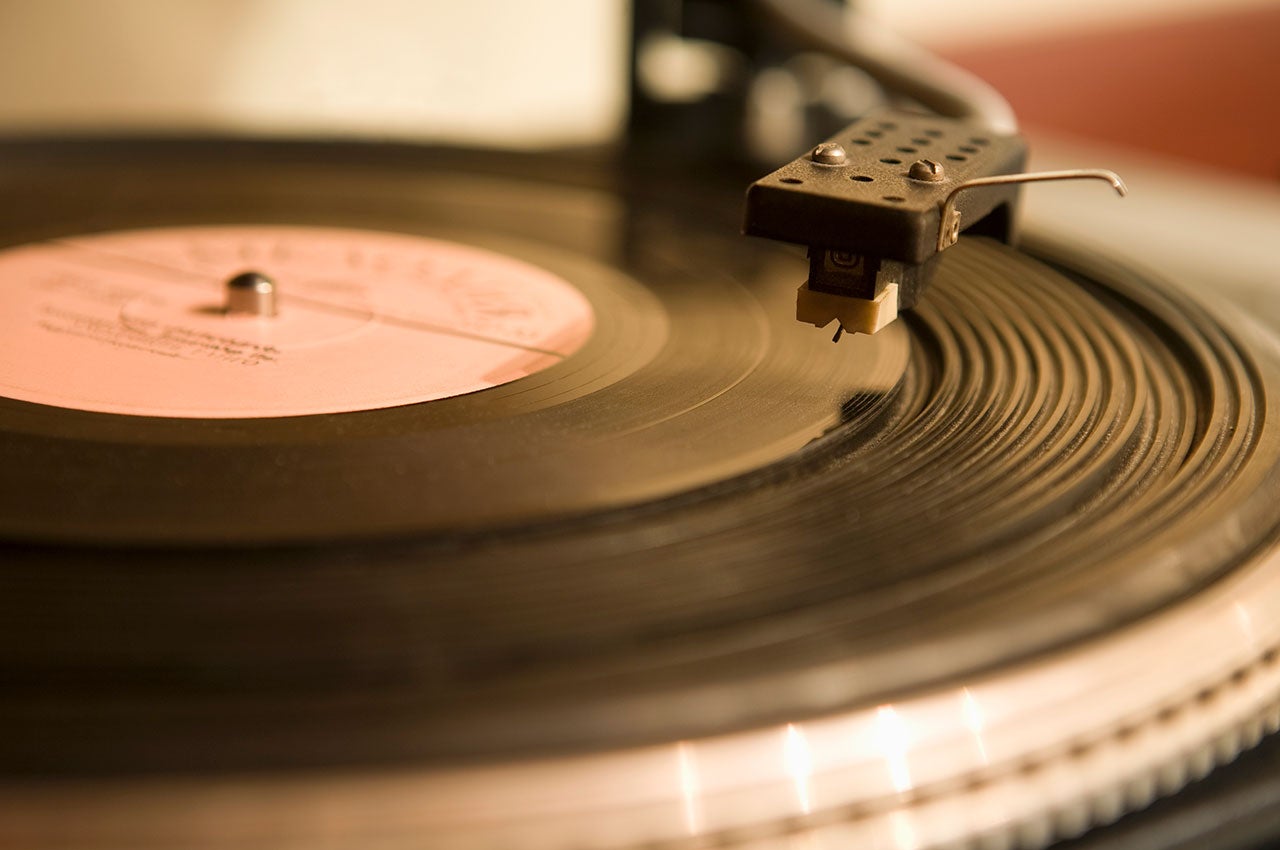 Vinyl is back, no doubt about it. Sales of vinyl records have been soaring, although they still represent only a tiny fraction of the music industry’s revenues: about 2 percent in 2014. Is this growth because, as some respected sources breathlessly state—I’m looking at you, Wired magazine—vinyl sounds better than digital media? Or is there some sort of retro-hype going on?

It’s true that some digital media really don’t sound very good. Low-bit-rate MP3 makes compromises in fidelity, as does low-bit-rate AAC, the higher-tech successor to MP3 that is used by iTunes and YouTube. Low-bit-rate AAC files are also what you typically hear on Pandora, Spotify and SoundCloud, and on your phone. While they are OK for casual listening in the gym or the car, many people can hear their limitations in a quiet environment.

But what about compact discs, which some claim compromise the listening experience as well? Certainly the act of putting a record on a turntable and having to change it every 20 minutes makes the listener feel more involved with the music. It’s different from sitting back and letting your CD changer do its thing. However, by any measurable criterion, CDs are superior to LPs. And so are MP3 and AAC files with bit rates above 300k, which in most cases are indistinguishable from CDs. Here are the reasons why:

Dynamic range. The difference between the loudest and softest sounds an LP can play is about 70 decibels (dB). CDs can handle over 90 dB. In practical terms, this means that CDs have more than 10 times the dynamic range of LPs.

Surface noise. Dust particles in the grooves of an LP cause crackles and ticks that are present and audible no matter how well you clean the record. CDs are not affected by surface noise, because they use light beams to read the musical data, which ignore any foreign substance on the disc. Besides that, vinyl records have an underlying hiss generated by the needle moving over the surface.

Mechanical noise. Every turntable, even the most expensive, generates a low-frequency rumble that is transmitted by the stylus into the amplifier and speakers. The system has to work much harder to handle all that low-frequency energy, and that can cause distortion in other parts of the audio spectrum. Many audio systems include a rumble filter that can reduce this, but that filter also removes the lower-frequency sounds on the record, like the bottom octave of a piano, or the low tones that give a bass drum so much of its power.

Speed variation. Listen to a recording of a solo piano on an LP, and then on a CD. I’ll bet you can hear the difference immediately. Vinyl depends on a mechanically driven system, and any such system will introduce minute changes in the speed and pitch of playback. A vinyl record that is even slightly warped, or has a hole that is not perfectly centered, will have “wow”—slow variations in pitch. Tiny imperfections in the belts or wheels of the turntable will cause more rapid pitch changes, known as “flutter.” CD players, because they use super-accurate digital buffers, are immune to this.

Channel separation. On a CD, the separation between the left and right channels used in recording is over 90 dB. On LPs, it’s 30 dB at best. That means engineers have a much narrower range to work with when they’re mixing and mastering the audio, and the result, for the listener, is that the stereo “image” is highly constricted. It’s worse at lower frequencies; a loud bass signal in one channel of a record can push the needle out of the groove, so engineers have to make sure bass frequencies are always in the center.

Continuous vs. “chopped up.” Some people believe that because digital audio “chops up” the signal into discrete numbers, it cannot carry all of the information that an analog signal does. But before the digital signal reaches our ears, it is reconstituted into a continuous analog wave. The process does filter out sounds above 20 kHz, which is the highest frequency the most acute human ears can hear. However, no phono cartridge, amplifier or speakers can reproduce those frequencies anyway. So really, nothing is taken out that affects the sound.

Longevity. Friction causes heat, which softens plastic and makes it easy to deform. This means that every time you play a record, the smallest peaks and dips—the high frequencies—soften and can literally get shaved off. The more you play it, the worse it gets. Also, whenever the needle encounters a dust particle, it gouges a hole in the soft surface, so that pop or crackle becomes permanent. By contrast, CDs will sound the same essentially forever, unless you leave them on your car dashboard on a sunny day. And you can always make as many perfect copies of them as you like.

CDs reflect exactly what the artists recorded in the studio. Vinyl distorts it. Some listeners honestly feel that the defects vinyl introduces somehow make it more attractive or “warmer.” But from any objective standpoint, there’s no justification in calling the sound of vinyl records “better.”

Is it ever too late to learn an instrument? If not, what’s the best way to do it?