Stress in the Wild 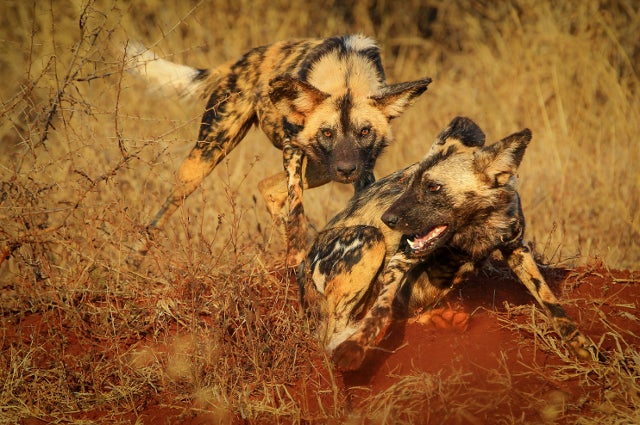 Wild animals stay alive by staying alert and agile, but their survival doesn’t stand a chance without a healthy stress response.

Simply put, that response is what cues the rabbit to run—lest it become a fox’s dinner. When an animal is stressed, the brain fires off signals to the adrenal glands, which excrete hormones called corticosteroids into the blood. These hormones in turn generate new energy from stored reserves. They also divert energy away from low-priority activities. As a result, the animal is more likely to escape death.

But predators aren’t the only trigger. The stress response kicks in to help animals survive famine, disease and inclement weather as well.

Now L. Michael Romero, a professor in the Department of Biology, and John Wingfield, an environmental endocrinologist at the University of California, Davis, have identified a fifth and often fatal stressor: us.

In their new book Tempests, Poxes, Predators and People: Stress in Wild Animals and How They Cope (Oxford) they point to developments like climate change, rainforest destruction, urbanization and species extinction. It all adds up to what they call human-induced rapid environmental change. It “is shaping up to be the preeminent challenge for environmental scientists in the 21st century,” they write. 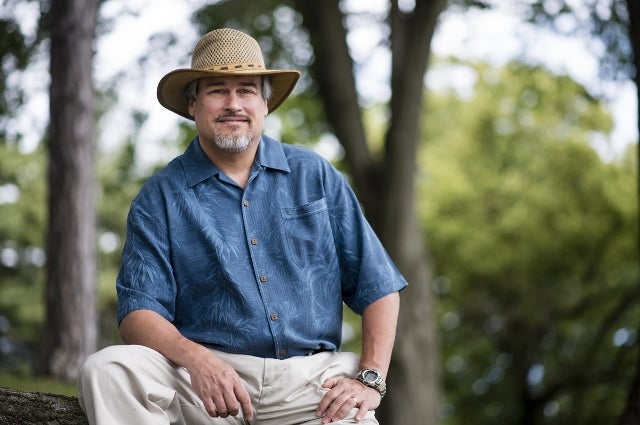 “A lot of people have been working on the questions of stress responses in wild animals over the past 30 years, but nobody had tried to put it all together,” says Michael Romero. Photo: Alonso Nichols
Tempests, Poxes, Predators and People digs into the evolutionary roots of stress, reviews research on modern diseases of chronic stress, and explores the ways stress affects biodiversity. It goes on from there to consider how studies on wild animals might lead to a better understanding of human stress, like the trauma refugees experience. The authors raise intriguing questions to guide future research, too. Why do some animals adapt and others don’t? Does the stress response change with the seasons and with age?

“A lot of people have been working on the questions of stress responses in wild animals over the past 30 years, but nobody had tried to put it all together,” says Romero. “We hope we can focus attention on stress biology as a concept worthy of its own emphasis, when the planet is rapidly changing and increasing numbers of vulnerable species are under stress from the impact of humans.”

The Lorax and the Professor

Romero has witnessed the evolution of the field of stress biology firsthand. His graduate advisor at Stanford, noted primatologist Robert Sapolsky—the author of Why Zebras Don’t Get Ulcers—was, along with Wingfield, among the first to study stress in wildlife. In fact, two groundbreaking papers, one by Sapolsky and one by Wingfield, both published in1982, changed how the scientific community thought about measuring stress in wild animals in their natural habitats. 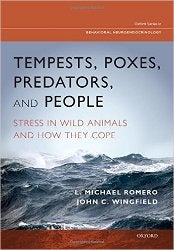 “Nobody thought you could do it,” says Romero. “Catching the animals was too difficult, and you would invariably stress them by capturing them. But what was really brilliant about these two researchers was that they used the stressor of capturing and handling as the basis of their model. So that meant they could now ask: How are the animals responding to this stress, and does that change depending on the physiological or behavioral state of the animal? Turns out it does, enormously.”

Romero’s own research increasingly is focused on how to use stress physiology as a tool for wildlife conservation decisions. For example, he looks at what happens during translocation, which aims to decrease the risk of extinction by establishing new populations in new areas. It’s a management strategy that “has a miserable success rate for all kinds of species,” says Romero.

Nobody really knows why that happens. “It might be disease, or the animals can’t establish a breeding population, or they can’t find food or water,” he says. But he and his students have concluded that stress makes all these problems worse. And he points out that “it’s virtually impossible to translocate without creating a highly stressed animal.” He cites his research on translocating the California chukar, a partridge. “First we catch them, and then we hold them in quarantine. Captivity itself is highly stressful. Then we move them via trucks and airplanes, and introduce them to a brand new habitat.”

One of Romero’s goals is to figure out how to help ease that stress, but pursuing such a goal—and others crucial to protecting wildlife—will be difficult, because we know so little about the stress response and how it works. Indeed, he and Wingfield observe that a “true picture” of the basic biology of stress has eluded scientists for decades.

Back in 1946, they write, Austrian-Canadian endocrinologist Hans Selye discovered that corticosteroids were the “primary mediators” in the stress response, but it’s still not clear why the body would rely so heavily on these hormones. Corticosteroids are, after all, both friend and foe; the stress they set off helps animals—and us—acclimate to change, but when that stress becomes chronic, it leads to disease.

Romero and Wingfield argue for further study, but with a caveat. They maintain that we can’t expect research on lab animals or modern Western humans to offer the clues we seek. “We are more likely to discover why corticosteroids are secreted during stress by studying wild animals,” they write. That’s because these animals, unlike lab animals and us, are still subject to the evolutionary forces that gave rise to the stress response in the first place.

Romero acknowledges that this stance may seem uncompromising. “I do feel a bit like the Lorax,” he says, referring to the reproachful character in the environmentalist Dr. Seuss book. “Many people would say there is no such thing anymore as a pristine square inch of Earth.” But he believes that many of those same people continue to care about preserving whatever wildlife still exists, and that gives him hope.

Five Ways to Improve Your Work Habits in the New Year

What Are Autoimmune Diseases and What Can Be Done to Alleviate Them?