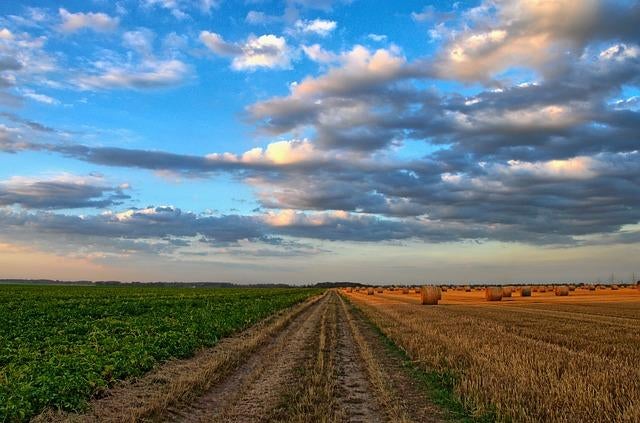 BOSTON (July 22, 2016)—A new “food-print” model that measures the per-person land requirements of different diets suggests that,  with dietary changes, the U.S. could feed significantly more people from existing agricultural land. Using ten different scenarios ranging from the average American diet to a purely vegan one, a team led by scientists from the Friedman School of Nutrition Science and Policy at Tufts University estimated that agricultural land in the contiguous U.S. could have the capacity to feed up to 800 million people—twice what can be supported based on current average diets.

The researchers found that a vegetarian diet that includes dairy products could feed the most people from the area of land available. The study, published online in Elementa on July 21/22, is the first to calculate U.S. agricultural land needed for different dietary scenarios. 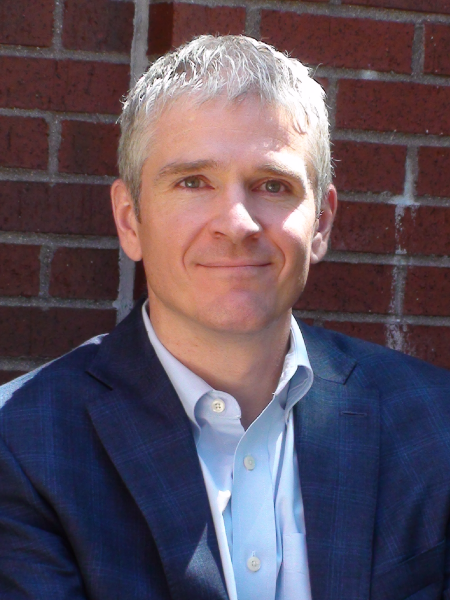 Christian Peters, PhD, associate professor at the Friedman School; Photo credit Mark Krumm
“Dietary choices can influence the ability of agriculture to meet our need for food,” said lead author Christian Peters, Ph.D., associate professor at the Friedman School. “Our approach challenges the 20th century emphasis on increasing yield and production. Improving crop yields remains vitally important, but it is not the only way to increase the number of people fed per acre. Our aim is to identify potential agricultural-sustainability strategies by addressing both food consumption and production.”

Peters and his colleagues, including researchers from the Friedman School, Cornell University and Syracuse University, chose ten dietary scenarios that were comparable nutritionally, but varied by the sources of protein. Eight of the diets complied with the 2010 Dietary Guidelines for Americans. A baseline diet represented the country’s current food consumption—higher in meats, grains, fats and sweeteners than the other dietary scenarios. In this baseline diet, roughly 80 percent of available cropland was used to grow crops for animal feed, such as hay, while the other 20 percent was devoted to fruits, vegetables and grains for human consumption.

The remaining dietary scenarios ranged from 100 percent of the population eating a healthy omnivorous diet (a balance of meat and plant-based foods), to 100 percent of the population eating a vegan diet (which excludes meat and all other animal by-products such as milk, eggs and honey). Intermediate scenarios included varying proportions of omnivores and vegetarians, and the accompanying cropland usage varied accordingly.

The research team found that:

- A lacto-vegetarian diet (a vegetarian diet that includes dairy products) had the highest carrying capacity, meaning that it could feed the most people from the area of land available.

- Diets including some meat can feed more people than vegan diets, depending on estimates of how much cropland is suitable for cultivation.

- The baseline diet had the lowest carrying capacity and required eight times more land than a vegan diet.

- As the amount of meat in the diet was reduced between scenarios, the amount of land necessary for crops to feed livestock was also reduced.

- The overall results from the model estimate that U.S. agricultural land has the capacity to meet the needs of a population 1.3 to 2.6 times larger than the U.S. population in 2010.

To develop the model, the team began with an estimate of hypothetical food intake by food group. They then worked backwards to calculate the food quantity that must be produced, the agricultural raw material needed to produce those foods, the total land requirements, and the number of people who can be fed from the land used to produce those foods. The model accounts for factors such as the suitability of cropland for cultivation, the interdependencies of dairy and meat production, and the use of coproducts of food production to feed livestock.

“In our study, the estimates of carrying capacity for each diet are sensitive to assumptions about the area available for cultivated cropping. Furthermore, since most diet scenarios were consistent with the Dietary Guidelines for Americans, differences in carrying capacity should represent the trade-offs for food preferences rather than nutritional quality,” Peters said.

“We know that, in many ways, land use can have severe ecological impacts, for example, biodiversity loss; an extreme and inequitable competition for land, water and energy; and carbon emissions, an adverse impact of converting corn to biofuels. Before we go about converting land to other uses, to develop sound agricultural policy, we have to understand the impact of dietary patterns on land use. We don’t want to short-change the equitable distribution of nutritious, life-sustaining foods to the whole population,” said author Gary Fick, Ph.D., professor in the School of Integrative Crop Science at Cornell University.

This research was supported in part by funding from the W.K. Kellogg Foundation, grant number P3008987.