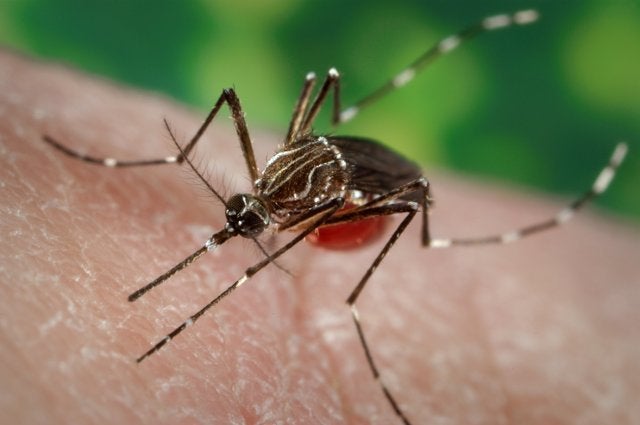 As Rio de Janeiro welcomes athletes to the 2016 Olympic and Paralympic Games, concerns about the Zika virus continue to grow. The virus has spread to 68 countries and territories and has been linked to serious birth defects and brain damage in newborns and to a potentially fatal neurological condition in adults. Brazil reported its first outbreak of Zika in 2015. There is no vaccine.

Fearing that an influx of tens of thousands of competitors and visitors from around the world could fuel rampant transmission of the virus, some members of the scientific community had urged that the Olympics be postponed or moved out of Brazil. A number of athletes, including some of the world’s top golfers, have withdrawn from the games, citing Zika.

Zika is transmitted through the bite of infected mosquitoes, and the virus can also be passed from a pregnant mother to her fetus, according to the Centers for Disease Control (CDC). The national public health agency has warned that people who have sex with infected partners are also at risk for contracting the virus.

On Aug. 1, the CDC issued an unprecedented alert to pregnant women and their partners, urging them not to go into a small community north of downtown Miami, where 15 people have contracted the Zika virus after being bitten by mosquitoes there. The National Institutes of Health announced in July that it plans to fund a study of the U.S. Olympic team to gain a better understanding of how long the virus lingers in the body.

However, until there’s data from studies of humans, animal diseases that are similar to Zika may offer some immediate clues for stopping the outbreak, says Sumiko Mekaru, V03, an epidemiologist formerly with HealthMap, a Boston Children’s Hospital research group that specializes in infectious disease surveillance, and now a vice president at the research group’s spinoff company, Epidemico.

“When there is a dearth of information like there is with Zika, you start asking, what have we seen before that might inform our knowledge of this threat?” she says. “Zika may be more closely related to dengue and yellow fever—infections also spread by mosquitoes—but we haven’t seen microcephaly [the abnormally small head found in human newborns with Zika] with those diseases,” says Mekaru, who contributed to an article examining the striking similarities between Zika and the cow disease known as bovine viral diarrhea virus (BVD).

Her HealthMap colleague, veterinarian Lauren Marsh, wrote the article for the research group’s Disease Daily website after she noticed the clinical similarities between Zika and BVD, which she’d seen when she cared for food animals. She discovered that BVD, like Zika, is a member of the Flaviviridae family of viruses, although each is from a different branch of the family. Zika belongs to the branch that typically is spread by insects, whereas BVD belongs to the Flaviviridae subgroup of viruses known to be transferred via bodily fluids, including semen, and from infected mothers to their fetuses.

BVD can cause a variety of problems in calves—from miscarriage and embryo death to birth defects—depending on when the infection occurred during pregnancy, says Christopher Mantell, a graduate student in conservation medicine at Cummings School who also contributed to Marsh’s article, along with Maimuna Majumder, E13, MPH13, now a doctoral student at MIT. In developing calves, BVD targets the eyes and central nervous system and often causes brain and skull deformities, including microcephaly, the birth defect that first brought the Brazilian cases of Zika to international attention.

Despite the intriguing parallels between BVD and Zika, viruses in the BVD branch of the Flaviviridae family tree are quite distinct from those belonging to the mosquito- and tick-transmitted branch, according to Sam Telford, a professor of infectious disease and global health at Cummings School. Still, he wonders whether Zika is transmitted more commonly like BVD, through bodily fluids.

“I am still amazed that it was only two months ago that Zika-infected mosquitoes were finally found in Brazil—long after the epidemic started,” says Telford, an expert on infections spread by mosquitos and ticks. He says that this may be the result of the lack of funding to study the role of mosquitoes in the global proliferation of Zika, but that it may also be because the insects are not the main cause of the infection. The real risk for transmission could be sexual, he theorizes.

“As a public health professional, I am hoping that prevention of sexually transmitted diseases is reinforced for all Olympic athletes in Brazil,” says Telford. “If reducing the risk for Zika is a byproduct of those efforts, all the better.”