Glycemic index values can vary by 20 percent within an individual and 25 percent among individuals, according to the results of a controlled feeding clinical trial 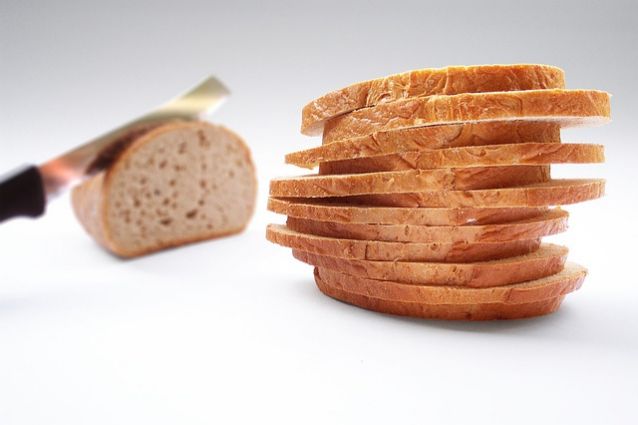 BOSTON (September 7, 2016)—The glycemic index of a given food, a value that aims to quantify how fast blood sugar rises after eating it, can vary by an average of 20 percent within an individual and 25 percent among individuals, report scientists from the Jean Mayer USDA Human Nutrition Research Center on Aging (USDA HRNCA) at Tufts University.

In randomized, controlled, repeated tests involving 63 healthy adults, researchers found that individual blood sugar responses after consuming a fixed amount of white bread could range across all three glycemic index categories (low, medium, or high). Part of this variability could be attributed to insulin index and baseline HbA1c levels, which reflect long-term glucose control—evidence that glycemic index values are influenced by an individual’s metabolic responses to food.

The study, published in the American Journal of Clinical Nutrition on Sept. 7, suggests glycemic index has limited utility as a tool to predict how a food affects blood sugar levels. 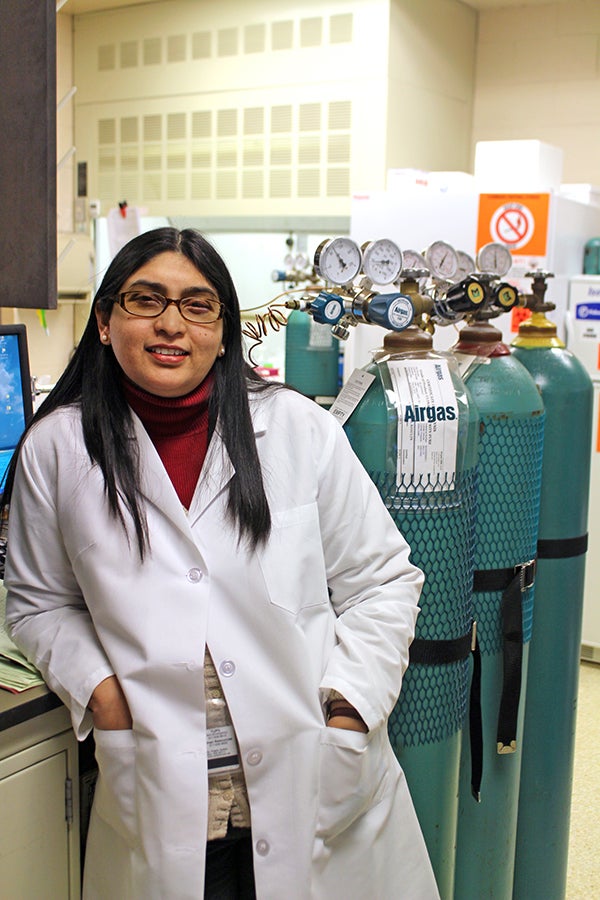 Nirupa Matthan, Ph.D.
“Glycemic index values appear to be an unreliable indicator even under highly standardized conditions, and are unlikely to be useful in guiding food choices,” said lead study author Nirupa Matthan, Ph.D., scientist in the Cardiovascular Nutrition Laboratory at the USDA HNRCA. “If someone eats the same amount of the same food three times, their blood glucose response should be similar each time, but that was not observed in our study. A food that is low glycemic index for you one time you eat it could be high the next time, and it may have no impact on blood sugar for me.”

To study whether glycemic index values are accurate and reproducible, Matthan and her colleagues recruited 63 volunteers, who underwent six testing sessions over 12 weeks. Volunteers fasted and abstained from exercise and alcohol before each session. They then consumed either white bread, a simple carbohydrate that served as the test food, or a glucose drink, which served as a reference control, in random order. Each contained 50 grams of available carbohydrate. Blood glucose levels were measured at multiple time points for five hours after eating, and glycemic index was calculated by standard formulas. 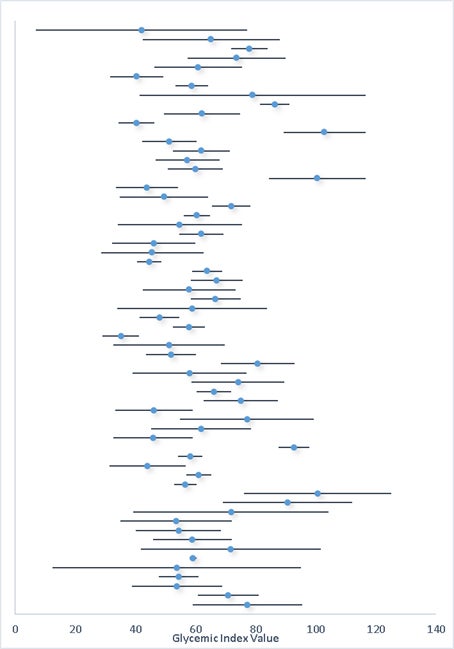 The team found that the average glycemic index value of white bread for the study population was 62, placing it in the category of a “medium” glycemic index food.

“Reports frequently tout the benefits of choosing foods with low glycemic index and glycemic load values. Our data suggest those values may not be reliable in terms of a daily intake. A better approach to choosing foods is to consume a diet primarily composed of vegetables, fruits, whole grains, nonfat and low-fat dairy products, fish, legumes (beans), lean meats with preference to preparing food with liquid vegetable oils, and equally as important, to choose healthy foods and beverages you really enjoy,” said senior study author Alice H. Lichtenstein, D.Sc., senior scientist and director of the Cardiovascular Nutrition Laboratory at the USDA HNRCA. Lichtenstein is also the Gershoff Professor at the Friedman School of Nutrition Science and Policy at Tufts. 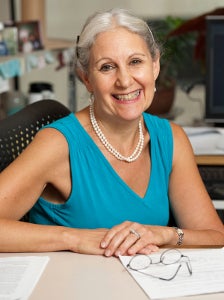 The variability in glycemic index values occurred despite sample sizes larger than required by standard calculations. The study cohort of 63 individuals far exceeded the 10 individuals used by typical glycemic index methodology, as did the six feeding challenges and five-hour blood glucose measuring window.

The team also tested for the influence of biological characteristics: sex, body-mass index, blood pressure, physical activity, and several others. Most factors had only a minor statistical effect on glycemic index variability. Blood insulin response as measured by insulin index and HbA1c, a measure of longer term glucose control, had the largest effect, accounting for 15 and 16 percent of the variability, respectively.

“Based on our results, we feel strongly that glycemic index is impractical for use in food labeling or in dietary guidelines at the individual level,” Matthan said. “If your doctor told you your LDL cholesterol value could vary by 20 percent, it would be the difference between being normal or at high risk for heart disease. I don’t think many people would find that acceptable.”

Additional authors on this study are Lynne M. Ausman, D.Sc., professor at the Friedman School, Huicui Meng, Ph.D., postdoctoral associate in the Cardiovascular Nutrition Lab at the USDA HNRCA, and Hocine Tighiouart, M.S., statistical associate at the Tufts Clinical and Translational Science Institute and clinical assistant professor of medicine at Tufts University School of Medicine.

For three decades, the Jean Mayer USDA Human Nutrition Research Center on Aging at Tufts University has studied the relationship between good nutrition and good health in aging populations. Tufts research scientists work with federal agencies to establish the USDA Dietary Guidelines for Americans, the Dietary Reference Intakes, and other significant public policies. The Gerald J. and Dorothy R. Friedman School of Nutrition Science and Policy at Tufts University is the only independent school of nutrition in the United States. The school’s eight degree programs – which focus on questions relating to nutrition and chronic diseases, molecular nutrition, agriculture and sustainability, food security, humanitarian assistance, public health nutrition, and food policy and economics – are renowned for the application of scientific research to national and international policy.