A powerful exploration of media and violence by contemporary artist Cassils 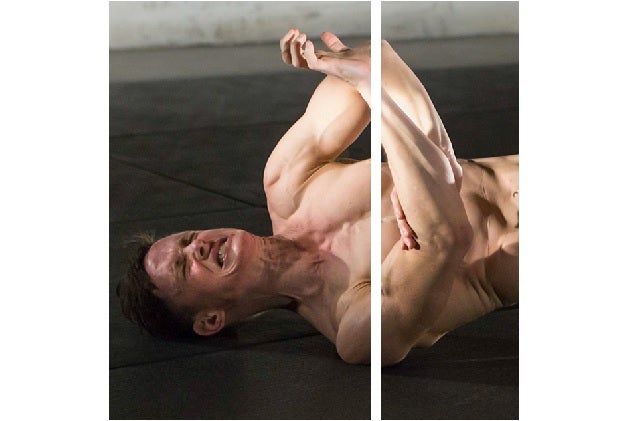 BOSTON, Mass. (Sept. 7, 2016) -- The School of the Museum of Fine Arts at Tufts University (SMFA at Tufts) will present “Breaking News: Cassils,” an urgent and timely solo-exhibition of visceral video performances by contemporary artist Cassils, Sept. 15 to Oct. 15, at the Grossman Gallery and Anderson Auditorium, both at the SMFA at Tufts, located at 230 Fenway in Boston. An opening reception featuring the artist will take place. Sept. 16 from 5 p.m. to 7 p.m. The exhibit is free and open to the public.

A panel discussion on media depictions of violence and their psychological and physiological effects will be held Sept. 14 from 6 p.m. to 7 p.m. in the Henry and Lois Foster Gallery (Gallery 158), at the Museum of Fine Arts, Boston (MFA). The panel will feature Cassils; Mina Tsay-Vogel, professor of emerging media at Boston University; Lionel McPherson, professor of philosophy at Tufts University; and Paige Gunning, an outreach worker and advocate with the Violence and Recovery Program at Fenway Health. Admission at the MFA is free after 4 p.m. on Sept. 14.

“Breaking News: Cassils” is part of the SMFA at Tufts’ Fall Invitational Series which brings internationally known artists and critical thinkers to the school to display and discuss their work with the SMFA at Tufts community and the general public. More information about the exhibit and related events is available here. 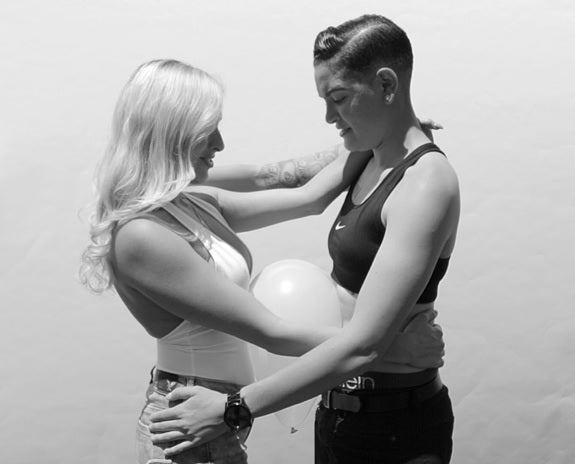 Cassils, whom the Huffington Post called “one of the 10 transgender artists who are changing the landscape of contemporary art,” unflinchingly confronts mediated images of violence by calling into question the roles of the witness and the aggressor and of simulated versus real violence. “Breaking News: Cassils” features three dynamic installations generated by Cassils' performances.  The exhibit includes: the first exhibition screening of “103 Shots”, a short film created in response to the June 2016 Orlando nightclub shooting, the first public showing of “Inextinguishable Fire" since January's Sundance Film Festival, and the world premiere of “Powers That Be”, a show captured by audience members’ mobile phones, as a multi-channel video installation.

This solo show has been organized by guest curator, Carol Stakenas. An accompanying publication features essays on each work by performance studies scholar Julia Steinmetz.

Gallery hours at the Grossman Gallery and Anderson Auditorium at the SMFA at Tufts are Monday through Saturday, 10 a.m. to 5 p.m., and Wednesday, 10 a.m. to 8 p.m. The gallery is closed Sundays and holidays.

Cassils is a Los Angeles based visual artist who uses the human body as a raw material to disrupt the gender binary. Drawing on conceptualism, feminism, body art and gay male aesthetics, Cassils’ multidisciplinary practice engages performance, sound, sculpture, photography and video. Their work has been shown at The National Theater Studio (UK), Los Angeles Contemporary Exhibitions (LACE), Yerba Buena Center for the Arts, Manifesta, and Art Basel Miami. Cassils is the recipient of a 2015 Creative Capital Award. They have also received the inaugural ANTI Festival International Prize for Live Art, MOTHA (Museum of Transgender History) award, and Visual Artist Fellowship from the Canada Council of the Arts. Cassils is represented by Ronald Feldman Fine Arts, New York. www.heathercassils.com

The School of the Museum of Fine Arts was established in 1876 as part of the Museum of Fine Art’s mission to educate through the arts. After a more than 70-year relationship with Tufts University, it officially became part of Tufts’ School of Arts and Sciences in July 2016. The SMFA at Tufts is extraordinary in being affiliated with a world class museum and part of a major research university. Tufts, located on campuses in Boston, Medford/Somerville and Grafton, Massachusetts, and in Talloires, France, is recognized among the premier research universities in the United States. Tufts enjoys a global reputation for academic excellence and for the preparation of students as leaders in a wide range of professions. A growing number of innovative teaching and research initiatives span all Tufts campuses, and collaboration among the faculty and students in the undergraduate, graduate and professional programs across the university's schools is widely encouraged.