A Journalist Who Searched for New Frontiers 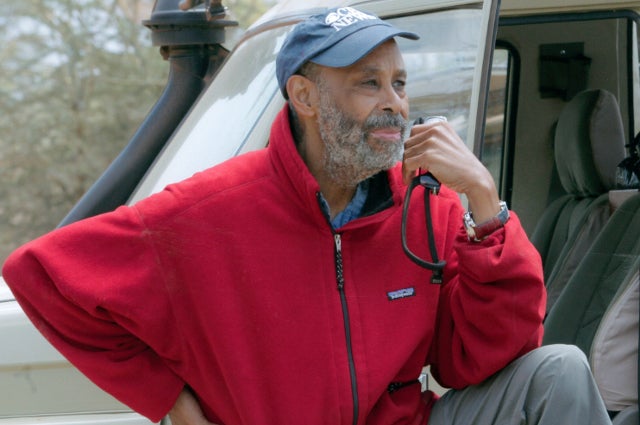 When Harry A. Radliffe II was growing up in Indianapolis, he’d disappear on his bicycle for hours, exploring the city’s neighborhoods. That wanderlust never left him. Radliffe, A71, F73, went on to become an award-winning television journalist and longtime producer for CBS’s 60 Minutes.

“Harry was a true journalist—he had a natural curiosity about the world,” recalls his friend and colleague Jeff Fager, the executive producer of 60 Minutes. “He just loved the adventure of getting out, helping people understand a story and living it at the same time.” Radliffe’s work resulted in scores of memorable segments for the TV newsmagazine—anyone who tuned into 60 Minutes during the 26 years Radliffe was there has undoubtedly seen his Emmy and Peabody Award-winning work.

His reporting always reflected his deep and nuanced understanding of world affairs, and he never forgot that his time at Fletcher helped set him on his career path. After he died of colon cancer in 2015 at age 66, his family and CBS News decided to memorialize him with a scholarship program. Each year, the Harry Radliffe II/CBS Endowed Scholarships will provide support for four students who are pursuing studies in news media, public diplomacy or digital communications through Fletcher’s Edward R. Murrow Center for a Digital World.

“Fletcher played a huge role in enabling Harry to pursue his dreams, so it was only fitting that we support the scholarship to help other budding scholars at the Murrow Center to achieve their goals and dreams,” says Harry’s brother, Brian Radliffe, a retired AT&T executive from Bridgewater, New Jersey. CBS has matched Brian Radliffe’s donation, creating a $500,000 scholarship fund.

The connection between Harry Radliffe and the Murrow Center is particularly meaningful for the network’s news division, Fager says. Murrow was a pioneering broadcast journalist—most famous for his dispatches from London during World War II—and spent much of his career with CBS. His papers are housed at Tufts.

“I know that in his heart, very few things meant as much [to Harry Radliffe] as the Fletcher School,” Fager says. “And the Murrow collection has a really important place in terms of [CBS] history.” Another connection: in 1986, Radliffe became the CBS bureau chief in London, the first African-American to head a news bureau for the network. “I know it was the honor of Harry’s life to have the same job that Murrow had during World War II,” says Edward Schumacher-Matos, F73, director of the Murrow Center and a Fletcher classmate of Radliffe’s.

David Rhodes, president of CBS News, will be at Fletcher on November 10 to inaugurate the scholarship program. “[Rhodes] believed in this effort from the very beginning—he was the one who really pushed this initiative through the corporation,” Fager says. The Radliffe/CBS Scholars will help to build a core group of researchers, Schumacher-Matos says, particularly in the field of digital communication and its impact on social, political and cultural arenas, and on the emergence of cyberspace on national and international issues. The first scholarships are expected to be awarded for this academic year.

In the early ’70s, Radliffe studied with author David Halberstam, then a visiting professor at Fletcher. At the time, Halberstam was working on the book that would become his classic about the Vietnam conflict, The Best and the Brightest.

“Harry and I were part of a small group who met regularly with David and with others at the Murrow Center, and so while Fletcher was not a journalism school, it was a great way to be introduced to the field of journalism, to understand many of the issues, to be inspired,” says Schumacher-Matos, who was part of the reporting team that won the 1980 Pulitzer Prize for its coverage of the Three Mile Island nuclear disaster.

“Harry and I both went off, and while we did a lot of learning on the job, which was the old way of learning journalism, we had a very strong grounding in the ethics and principles and the quality that you wanted to achieve.”

After graduating from Fletcher, Radliffe worked at a television station in Portland, Oregon, and quickly moved to network news jobs at CBS and ABC. In 1979, he became a producer on the CBS Evening News with Walter Cronkite, and in late 1980, CBS sent him to London. He returned to New York in 1988, and joined 60 Minutes shortly after.

He became known for his expertise covering stories from the Middle East, but he remained something of a Renaissance man—one of the stories that was dearest to him was about a visit to Mount Athos, a deeply secluded Eastern Orthodox monastic community in Greece; it aired in 2011.

His colleagues knew him as the go-to person when they wanted to learn about a destination—particularly the local cuisine. “At his funeral, the minister said Harry was probably interviewing St. Peter at the Pearly Gates,” Fager recalled. “And a lot of us thought, no, he’s probably talking to St. Peter about where to find the best Chinese restaurant.”

Radliffe’s storytelling lives on. “He had a remarkable body of work over so many years, and there was such great variety,” says Fager. “He loved to do international reporting, and at the same time, he loved stories about space, about science. ‘New frontiers’ was the common denominator of what he loved to do the most. He did an enormous number of profiles about people he thought were worth getting to know for our viewers.”

To his brother, Brian, Harry followed in the footsteps of their parents, who were not journalists, but educators. Their mother was a public school principal in Indianapolis, and their father the city’s first African-American assistant schools superintendent. “I think that rubbed off on my brother,” Brian Radliffe says. “He taught in his own way, by helping people to understand the world outside the U.S.”