BOSTON (October 12, 2016)—Consuming too much folate (vitamin B9) is associated with increased risk for a nerve-damage disorder in older adults who have a common genetic variant. Although variable by race or ethnic background, an estimated one in six people in the U.S. carry two copies of a genetic variation in TCN2, a gene that codes for a vitamin B12 transport protein. For some of these individuals, the TCN2 variation (referred to as GG) can lead to conditions related to vitamin B12 deficiency even if they consume normal amounts of B12.

In an epidemiological study involving 171 adults aged 60 and older, a team led by scientists from the Jean Mayer USDA Human Nutrition Research Center on Aging at Tufts (USDA HNRCA) found that individuals with the GG variant of TCN2 were three times more likely to have peripheral neuropathy—nerve damage commonly associated with vitamin B12 deficiency—when compared to individuals without the variant.

The findings were published in the American Journal of Clinical Nutrition on Oct. 12. 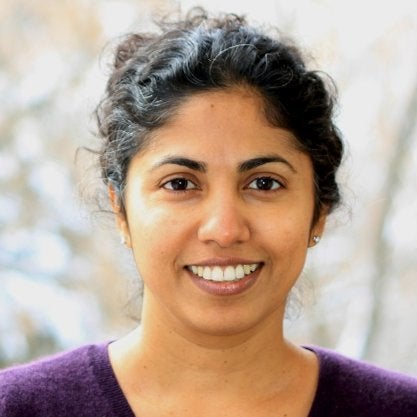 “Due to the prevalence of the TCN2 variant, and because the average daily folate intake for U.S. adults over 50 is already more than twice the RDA, we believe that our findings highlight a potential concern for a large proportion of older Americans,” said senior study author Ligi Paul, Ph.D., scientist in the Vitamin Metabolism Laboratory at the USDA HNRCA. “Our data suggest that older adults should keep folate intake close to the recommended amounts, and try to get nutrients from a balanced diet rather than depending on supplements.”

Older individuals are at particular risk for vitamin B12 deficiency due to decreased stomach acid production and use of certain medications, which interfere with the absorption of the vitamin from food. Long-term B12 deficiency can cause a range of symptoms, including anemia and peripheral neuropathy—damage to the peripheral nervous system marked by lack of coordination, weakness, or pain, tingling, and numbness in the hands and feet.

Consumption of folate—the term for both naturally occurring food folate and folic acid, the synthetic form of folate found in fortified foods and supplements—is known to alleviate anemia associated with B12 deficiency. However, previous studies have found evidence that excess folate intake could potentially worsen associated neurological deficits, including peripheral neuropathy, in older adults. The new findings now reinforce these observations and suggest that older adults should pay particular attention to their folate intake, especially from supplements or fortified foods.

“Folate is a necessary vitamin and no one should think that it needs to be avoided. But in certain situations, very high intake of folate may be harmful,” said lead author Hathairat Sawaengsri, Ph.D., who conducted the study while a doctoral student in the biochemical and molecular nutrition program at the Friedman School of Nutrition Science and Policy at Tufts University and a member of the Vitamin Metabolism Laboratory at the USDA HNRCA. “Vitamins and minerals should be consumed at an optimal level—not too high and not too low.”

The authors caution that the design of the study does not allow for the determination of a cause and effect relationship—high folate intake is associated with increased risk of peripheral neuropathy, but is not identified as a direct cause. The prevalence of the TCN2 variant differs depending on ethnic background, but the team did not find that it affected the observed association between TCN2 polymorphism and peripheral neuropathy in this study. In addition, increasing sample sizes could improve the accuracy of their findings. The odds ratios for peripheral neuropathy were calculated based on 31 individuals with the GG variant out of 171 individuals in the total study population.

The results, however, add to growing evidence that both low and high folate intake can be associated with negative health outcomes. In previous work, Paul and her colleagues found that excess folic acid consumption is associated with shortening of protective structures (telomeres) on human chromosomes and can reduce the ability of the immune system to destroy cells infected by viruses in aged mice.

Insufficient folate intake by pregnant women can cause birth defects such as spina bifida and neural tube defects, and the Food and Nutrition Board of the National Academies of Sciences, Engineering, and Medicine recommends that all women of childbearing age should get the RDA (400 micrograms) of folate, or 600 micrograms if they are pregnant.

According to the National Institute of Health’s Office of Dietary Supplements, approximately 35 percent of people in the U.S. consume folic acid in dietary supplements. Some population groups, particularly adults aged 50 and older, are at risk of consuming excess folate. The federal government’s Dietary Guidelines for Americans advises that nutrients are best obtained from natural food sources.