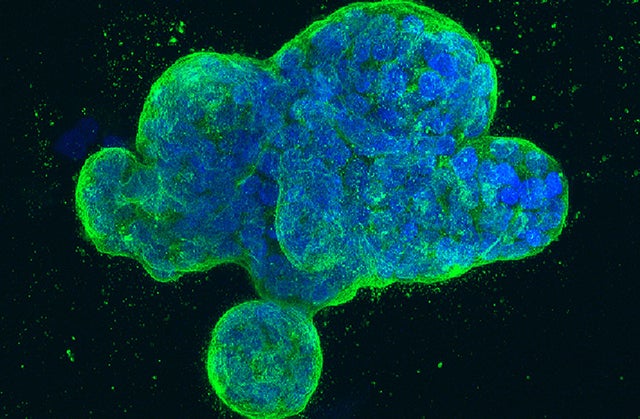 BOSTON (October 31, 2016)—Silencing SIRT2, a member of the sirtuin family of enzymes, reduces the invasiveness of basal-like breast cancer cells in culture and inhibits tumor growth in mice, according to new research led by scientists from Tufts University School of Medicine and the Graduate School of Biomedical Sciences at Tufts in Boston. The absence of SIRT2 appears to accelerate the degradation of Slug, a transcription factor that has previously been implicated in tumor progression and metastasis.

The findings, published in Cell Reports on Oct. 25, reveal underlying molecular mechanisms and potential new approaches to treat one of the deadliest breast cancer subtypes. 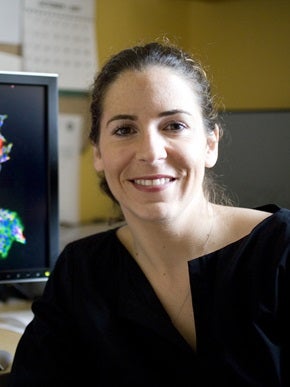 “Breast cancer is not one disease, and of the several distinct subtypes, basal-like breast cancer represents the most aggressive form. By targeting a master transcription factor regulator in basal-like cells, we were able to reduce malignant behaviors,” said senior study author Charlotte Kuperwasser, Ph.D., professor of developmental, molecular and chemical biology at Tufts University School of Medicine. “Our findings now provide a molecular rationale for new approaches to help improve the poor clinical outcomes currently associated with these cancers.”

Estimated to account for up to 20 percent of all breast cancers, basal-like breast cancers are typically triple-negative (lacking HER2 and hormone receptors) and are often resistant to conventional chemo- or radiotherapy. As a result, few effective treatment options currently exist. A number of prior studies, including by Kuperwasser and colleagues, have indicated that the transcription factor Slug plays a central role—basal-like tumor cells commonly have an abnormal overabundance of Slug protein, and depleting Slug in laboratory experiments reduces tumor growth and aggressiveness. However, transcription factors are extremely difficult to target with drugs due to complex interactions with other genes and proteins.

In the current study, Kuperwasser and her team worked to identify new targets better suited for therapeutic development by examining the molecular mechanisms that regulate Slug abundance. The researchers found that the sirtuin enzyme SIRT2 had the strongest stabilizing effect. In cultured basal-like tumor cells, silencing SIRT2 through the use of RNA interference molecules led to the rapid degradation of Slug, and caused Slug turnover rates to resemble those seen in normal, non-tumorous cells. 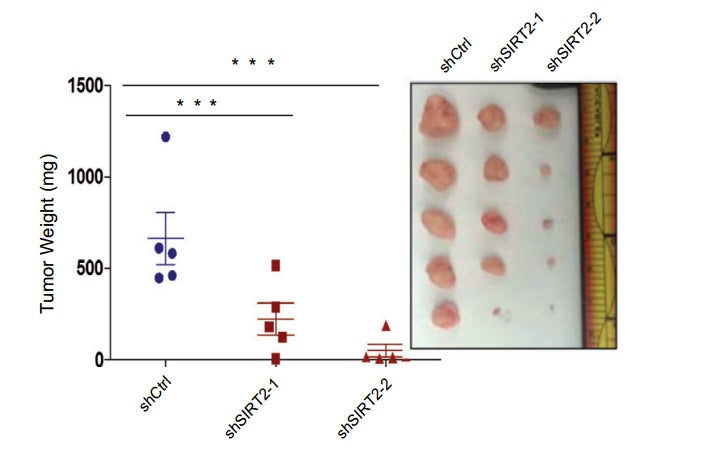 This in turn significantly weakened key characteristics of malignant behavior. Without SIRT2, tumor cells had a more than 60 percent reduction in invasive capacity compared to normal basal-like tumor cells. SIRT2-depleted cells also had significantly decreased capacity for growth and self-renewal. This diminished malignancy could be reversed by artificially introducing Slug protein back into cells, demonstrating the direct and necessary relationship between SIRT2, Slug stability and malignant behavior. When the team transplanted SIRT2-depleted basal-like cancer cells into a mouse model of breast cancer, they found that tumor sizes were on average 80 percent smaller than those formed by normal basal-like cells. 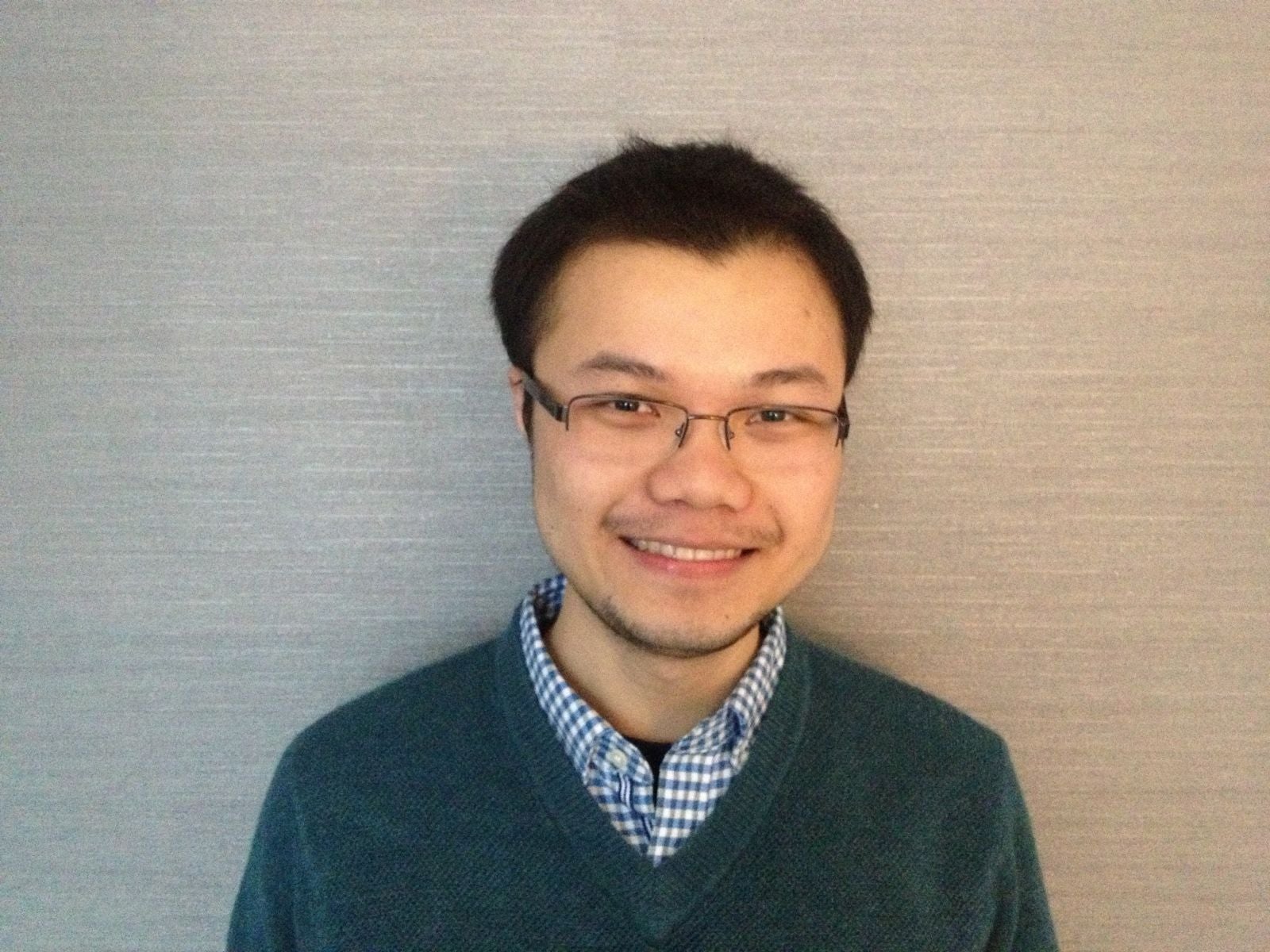 “The molecular interplay that drives aggressive basal-like breast cancer is quite complex and encompasses processes beyond the genetic level. It was unexpected that SIRT2, a sirtuin family member historically known for playing a role in metabolism and aging, also acts to regulate Slug protein and malignant tumor traits,” said study author Wenhui Zhou, a M.D./Ph.D. student at Tufts University School of Medicine and the Cell, Molecular & Developmental Biology program at the Graduate School of Biomedical Sciences at Tufts.

Sirtuin enzymes have previously been implicated in a wide range of cellular processes, such as aging, inflammation and energy expenditure. Their role in cancer is still unclear, but the team found that SIRT2 is highly expressed in basal-like breast cancers compared to other subtypes, based on data from almost 1,000 breast cancer cases from National Cancer Institute’s The Cancer Genome Atlas.

Due to the widespread presence of sirtuin enzymes, inhibiting SIRT2 directly in humans is likely to affect many other cellular processes, and targeting it requires highly specific inhibitors. Kuperwasser and her team are now exploring candidate inhibitors for efficacy and toxicity in animal tumor models. However, the team’s work also revealed the mechanism by which SIRT2 stabilizes Slug—a process known as deacetylation, in which chemical modifications are made to Slug protein after it is created in the cell. Compounds that block specific sites involved in deacetylation on the Slug and SIRT2 proteins could interfere with their interaction, and may represent another effective strategy to target malignancy, according to the authors.

“Cancer cells find sophisticated ways to regulate essential proteins they need for their survival and growth. The transcriptional factor Slug is one such protein and is often tightly regulated in both normal and cancer cells. While we have found that SIRT2 plays an important role in prolonging Slug expression, it is too soon to know whether targeting Sirt2 will be sufficient to abolish Slug entirely in cancer cells and therefore lead to tumor regression,” said Kuperwasser, who is also a member of the genetics and cell, molecular & developmental biology program faculties at the Graduate School of Biomedical Sciences. “A significant amount of work remains to be done before we can verify if targeting SIRT2 can be an Achilles' heel for treating basal-like breast cancers.” 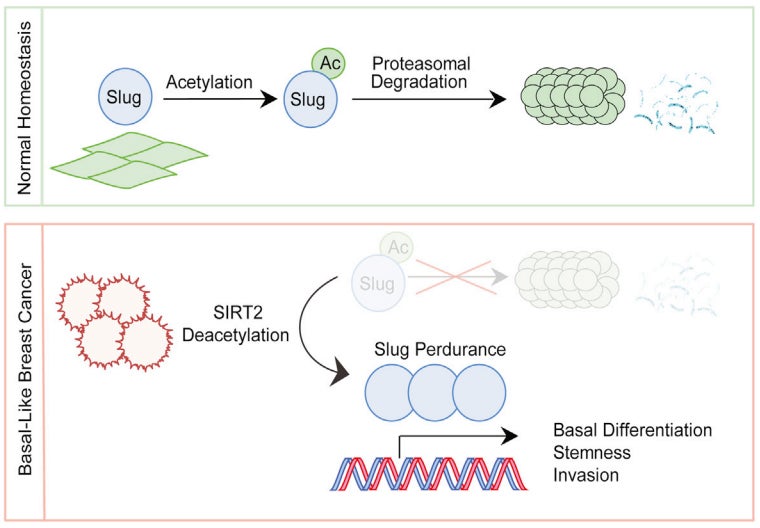