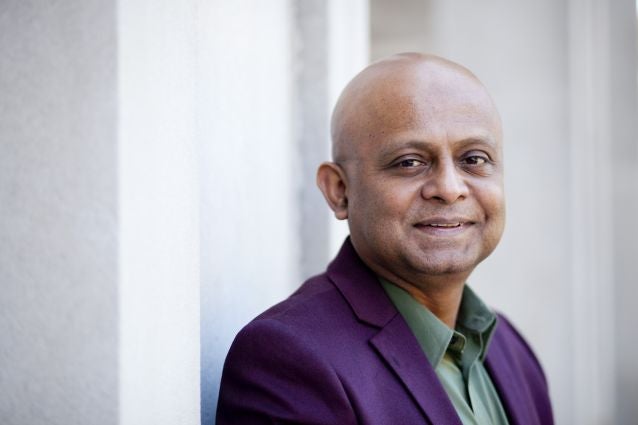 MEDFORD/SOMERVILLE, Massachusetts (October 31, 2016) – Shafiqul Islam, Sc.D., of Tufts University School of Engineering, has been awarded the 7th Prince Sultan Bin Abdulaziz International Prize for Water (PSIPW) Creativity Award, one of the most prestigious international awards focusing on water-related scientific innovation. Islam was recognized for his work in developing and testing a model using chlorophyll information from satellite data to predict cholera outbreaks at least three to six months in advance.

Islam, along with his colleague, Rita Colwell, Ph.D., of the University of Maryland at College Park, are receiving the award at a ceremony Nov. 2 at the United Nations Headquarters in New York. The event is being hosted by the U. N. Friends of Water and presided over by the U.N. Secretary General Ban Ki-moon and PSIPW Chairman Prince Khaled Bin Sultan Bin Abdulaziz.

This collaborative initiative between Tufts University and the University of Maryland involved several former students, university faculty and researchers from these two institutions. It also involved  international partners, integrated and advanced scholarship, field experience in ecology and microbiology of cholera; hydrology and remote sensing; limnology and plankton taxonomy; and public health, epidemiology and biostatistics, and modeling. Doctoral research by two recent Tufts graduates – Dr. Ali Akanda of the University of Rhode Island and Dr. Antarpreet Jutla of West Virginia University – led to the discovery that the macro-environmental factors that drive cholera can be tracked using remote sensing data and other forecasting methods, opening up the possibility of an early warning system for cholera.

Cholera is an acute diarrheal infection caused by ingestion of food or water contaminated with the bacterium Vibrio cholerae. The World Health Organization estimates it sickens 1.3 million to 4 million people each year and causes 21,000 to 143,000 deaths worldwide.

“This interdisciplinary and highly productive team has demonstrated consistent and significant accomplishments, and has made a considerable effort towards cholera prediction for effective intervention and mitigation,” said Kurt Pennell, Ph.D., PE, BCEE, professor and chair of the Department of Civil and Environmental Engineering at Tufts. “We are grateful that PSIPW has not only recognized their achievements but also provided prominence to this timely and humane work.”

Colwell is an internationally acclaimed oceanographer and microbiologist who has spent the bulk of her career studying the V. cholerae bacterium. Colwell and her team were the first to identify linkages between phytoplankton, zooplankton and cholera. Islam applied Colwell's findings and related chlorophyll and phytoplankton information obtained from NASA satellites to develop cholera prediction models. Currently, the team is testing this satellite-based model – where hydrology and microbiology meet epidemiology and engineering – with ground-based observations for different regions of the world.

“The COP from satellite has the capabilities and functionalities to be useful for many regions of the world where minimal or no resources are available for ground measurements. My hope is that our findings will enable medical professionals to anticipate and prevent cholera outbreaks,” said Islam. “I’m honored and humbled to receive this recognition and hope it will call global attention for action and operationalize this predictive model to save lives in cholera-endemic and resource-limited regions of the world.”

In addition to serving as a civil and environmental engineering professor at the School of Engineering, Islam is the director of the Water Diplomacy program and a professor of water diplomacy at the Fletcher School of Law and Diplomacy at Tufts. He was the first Bernard M. Gordon Senior Faculty Fellow in Engineering at Tufts. His research groups Water Diplomacy and WE REASoN  integrate "theory and practice" and "think and do" to create actionable water knowledge. Islam is the recipient of numerous awards and accolades, and has authored more than 100 articles in journals and other publications.

PSIPW is a leading, global scientific award focusing on cutting-edge innovation in water research. It gives recognition to scientists, researchers and inventors around the world for pioneering work that addresses the problem of water scarcity in creative and effective ways.