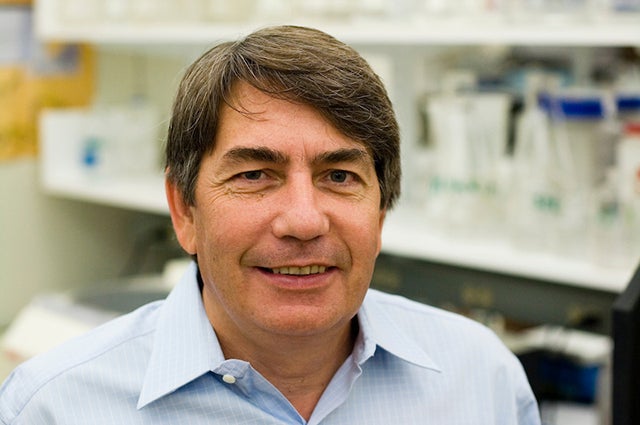 MEDFORD/SOMERVILLE, Mass. (December 5, 2016)—Tufts University researchers have discovered a possible explanation for the occurrence of a genetic error that causes over a dozen neuromuscular and neurodegenerative disorders, including Huntington’s disease, myotonic dystrophy and forms of spinocerebellar ataxia.

The error occurs as copies of three-letter sequences of DNA—known as CAG and CTG triplets—expand and repeat themselves hundreds or even thousands of times, disrupting normal gene sequences.

Genetic analyses in baker’s yeast now reveal that these large-scale expansions are controlled by genes that have been implicated in a process for repairing DNA breaks, leading the researchers to surmise that the expansions occur while breaks are being healed. Baker’s yeast, known as Saccharomyces cerevisiae, is frequently used in scientific research.

The findings are published in Nature Structural & Molecular Biology.

“We think these large-scale repeat expansions could occur in a single step,” said Sergei Mirkin, Ph.D., White Family Chair in Biology at Tufts School of Arts and Sciences and corresponding author on the paper. “The DNA replication machinery stalls within those repeats, which ultimately results in the formation of DNA breaks. To heal those breaks, cells seem to involve a special path of repair, called break-induced replication, which sacrifices the fidelity of DNA synthesis for the sake of a quick fix. As a result, large numbers of extra repeats can be added while the break is healed.”

Previous studies have identified certain mutations in DNA replication machinery that account for small-scale repeat expansions in which only a few extra repeats are added, but the cause of rapid accumulation of hundreds of repeats has remained unclear until now.

To detect and analyze large-scale expansions of CAG and CTG repeats, Mirkin and his colleagues developed an experimental system in yeast that observed simultaneous additions of more than 100 triplets, a first for such systems. This observation is similar to what happens in human disease.

Jane Kim, Ph.D., who was a research assistant professor in Mirkin’s lab when the research was conducted and who is the paper’s first author, said the model suggests answers to two questions that have puzzled researchers.

“Not only does this model explain how additions of hundreds of repeats can occur in human diseases, but it can also account for a bias towards expansions observed in human pedigrees,” said Kim, now an assistant professor at California State University San Marcos.

The authors note that the timing of expansion in human cases is still unclear and presents an important area of future investigation.

Research in Mirkin’s lab is supported by the National Institute of General Medical Sciences (NIGMS) of the National Institutes of Health  (awards R01GM60987 and P01GM105473) and by a generous contribution from the White family. Kim was supported by the NIH Training in Education and Critical Research Skills postdoctoral program (K12GM074869) and by Tufts University. Harris received support from REU award NSF DBI 1263030. Dinter received support from Tufts Summer Scholars.

About Tufts University
Tufts University, located on campuses in Boston, Medford/Somerville, and Grafton, Massachusetts, and in Talloires, France, is recognized among the premier research universities in the United States. Tufts enjoys a global reputation for academic excellence and for the preparation of students as leaders in a wide range of professions. A growing number of innovative teaching and research initiatives span all campuses, and collaboration among the faculty and students in the undergraduate, graduate and professional programs across the university is widely encouraged.