A New Way to Apply to Tufts 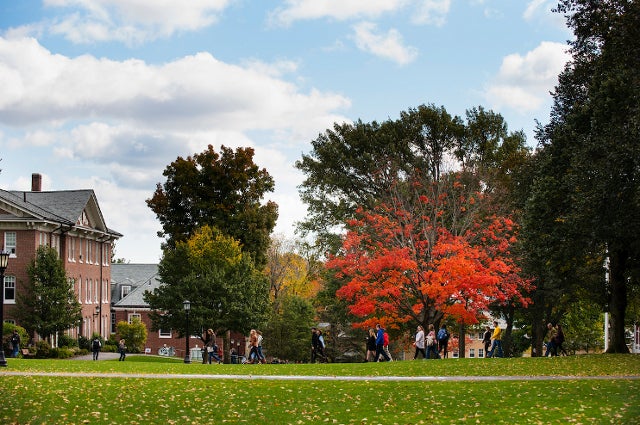 A new admissions application for the undergraduate colleges at Tufts University helps prospective students and their families identify colleges and universities with the financial aid resources that match their need.

The Coalition for Access, Affordability and Success application, called Coalition for short, launched this year for students applying for admission to the class that will matriculate in late August 2017. Coalition is billed as offering online tools that are “convenient, straightforward and easy-to-use” so that students “will have the confidence that once admitted to any Coalition school, you can afford to attend.”

The Coalition is an alternative to the so-called Common Application.

More than 90 public and private institutions, including Tufts, belong to the Coalition, and a number of them are already using the new application.

The long-term goal of the Coalition, said Susan Garrity Ardizzoni, director of undergraduate admissions, is to give students who have little access to guidance on the college application process a wider range of tools, including information about financial aid, to help them make an informed decision.

Coalition schools have worked with community organizations throughout the nation to introduce the platform to first-generation and low-income students, and will continue that outreach, she said.

“One of the goals of the Coalition is to broaden the reach of public and private universities into communities where students may not be thinking about going to college,” Ardizzoni said. “One reason Tufts joined is that we have a commitment to a diverse student population, and the platform is another way for us to broaden our own reach and to meet students who we might not meet otherwise.”

At the same time, Coalition members aim to change attitudes that higher education is prohibitive because of cost. “Coalition schools either meet the full demonstrated need, like Tufts, or, as a public institution, have reasonable tuition for in-state students,” said Ardizzoni. “We want to take cost out of the equation.”

Tufts remains committed to broadening access and remaining affordable to each admitted undergraduate regardless of their financial circumstances. A “meet-need” school, Tufts promises that an undergraduate’s full demonstrated financial need will be covered through grants, work-study, scholarships and in some cases, federal student loans for all four years of college.

The Coalition platform also streamlines the application process with a centralized toolkit that helps students organize, build and refine their applications to multiple institutions over time. A locker, for instance, allows them to compile and store documents, such as essays and other work done during high school, to access later when applying to college.