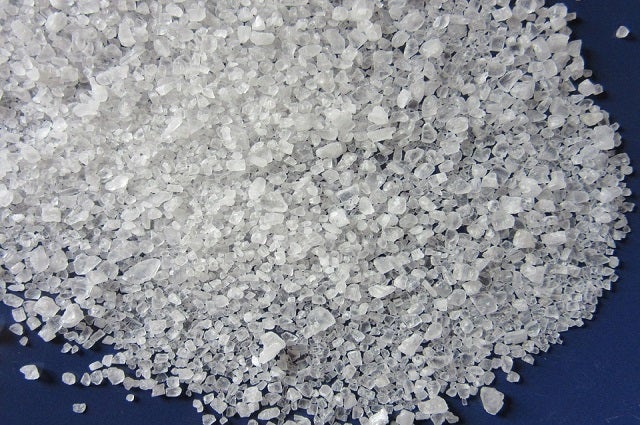 BOSTON (Jan. 10, 2017, 6:30 p.m. ET)—A new global study projects that a government-supported policy to reduce salt consumption would be highly cost-effective across the world. Based on costs and a 10 percent reduction in salt over 10 years, such a program would save nearly 6 million life-years currently lost to cardiovascular disease each year, at an average cost of $204 per life-year saved.

The study, published today in The BMJ, modeled the effects and costs in 183 countries of a government-supported policy combining food industry agreements and public education to reduce salt consumption.

“We know that excess dietary salt causes hundreds of thousands of cardiovascular deaths each year,” said senior and corresponding author Dariush Mozaffarian, M.D., Dr.P.H., dean of the Friedman School of Nutrition Science and Policy at Tufts University. “The trillion-dollar question has been how to start to bring salt down, and how much such an effort would cost.”

The investigators developed a statistical model for 183 countries using data from 2010 to analyze sodium intake, blood pressure levels, the effects of sodium on blood pressure, the effects of blood pressure on cardiovascular disease, and cardiovascular disease rates. These were combined with costs of the sodium reduction program using the World Health Organization’s Costing Tool on noncommunicable diseases, including, for example, costs of human resources, training, meetings, supplies, equipment and mass media. Costs in each country were normalized to differences in currencies and purchasing power. The overall effectiveness of the intervention was based on recent efforts in the United Kingdom and Turkey, which showed that such a government-supported program can reduce salt consumption by at least 10 percent over 10 years.

In examining the cost-effectiveness of DALYs saved per year, the team found that a sodium-reduction policy could be many times more cost-effective than many medical interventions.

By world region, the average DALYs averted per year and the cost-effectiveness, measured as the cost per DALY saved, were estimated to be:

“We found that a government-supported national plan to reduce salt would be cost-effective in nearly every country in the world,” said first author Michael Webb, a Ph.D. student in economics at Stanford University. “This was true even if we assumed the estimated costs were much greater or the benefits less strong.”

The researchers note that their findings should be considered in the context of some limitations, including that they used raw data from 2010 covering a majority but not all of the global population; their estimates of health benefits only considered cardiovascular disease and not other diseases that might benefit from salt reduction; and their model was based on a 10-year intervention period including planning, development and staged implementation.

“However you slice it, national salt reduction programs that combine industry targets and public education are a ‘best buy’ for governments and policy makers,” said Mozaffarian.

About the Friedman School of Nutrition Science and Policy
The Gerald J. and Dorothy R. Friedman School of Nutrition Science and Policy at Tufts University is the only independent school of nutrition in the United States. The school’s eight degree programs – which focus on questions relating to nutrition and chronic diseases, molecular nutrition, agriculture and sustainability, food security, humanitarian assistance, public health nutrition, and food policy and economics – are renowned for the application of scientific research to national and international policy.