How do development projects succeed after the organizers go home? 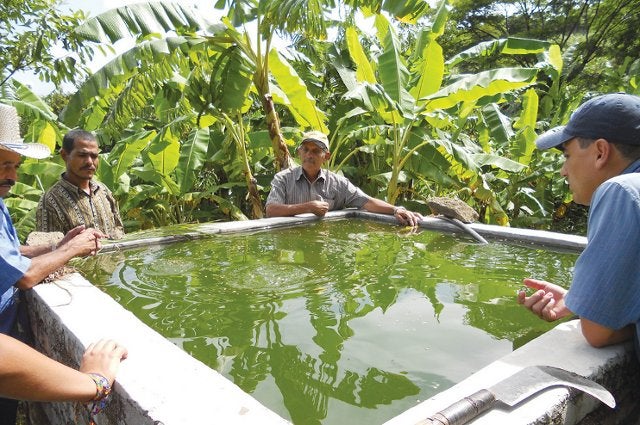 In the most comprehensive study of its kind, two researchers from the Friedman School recently took a close look at whether food-assisted development programs kept going well after the initial investment ended, and what elements contributed to their long-term success.

They found the projects that continued to function had three things in common: an ongoing source of resources, trained people within the community to run the activities, and a way to keep the participants motivated.

“One of the things we were struck by was how consistent that was,” says Beatrice Rogers, a professor of economics and food policy at the Friedman School. Rogers and Jennifer Coates, J94, N00, N06, an associate professor of food policy and applied nutrition, conducted the study for the Food and Nutrition Technical Assistance Project, funded through the U.S. Agency for International Development (USAID). They examined the exit strategies of 12 USAID projects in four countries—Kenya, Bolivia, Honduras and India—and the legacy of those projects up to three years after the projects had concluded.

Often, aid programs bank on the notion that local people will continue to devote time and energy to a project once the resources they provide are over—but that may be unrealistic. In many of the programs studied, mothers received food to improve their children’s diets, which served as an incentive to participate; when the free food ended, however, the women needed to spend their time getting food in other ways, and so they stopped participating.

“Projects need to make sure that the people they serve have very clear expectations and that the projects are transparent about what the plan is from the beginning,” says Coates. Rogers points to projects in Bolivia and Honduras, in which household members receiving new residential water systems knew from the start that they would be paying user fees to a community water-management committee. The committees were trained to manage maintenance funds and perform repairs. As a result, most systems were still functioning two years later.

“The development community has traditionally thought of sustainability as a kind of luxury,” Coates says. Aid organizations focus on immediate impact, “and if there is sustainability, that’s icing on the cake. But we can envision situations when shooting for large short-term impacts can erode sustainability goals, and even sometimes bring harm.”

She mentioned a project in which farmers were encouraged to switch from subsistence farming to commercial crops. When the project’s timeline expired, the farmers did not yet have solid links to markets—leaving them with no place to sell their crops and no subsistence crops to fall back on.

Food for Peace has already incorporated many of the recommendations from the Tufts study in its guidance to aid organizations. “With the U.S. government spending approximately $2.5 billion annually on food-aid programming,” Coates says, “the issue of preserving development gains from these investments is paramount.”

This article first appeared in the Summer 2016 Tufts Nutrition magazine.