The Emotional Chaos of War 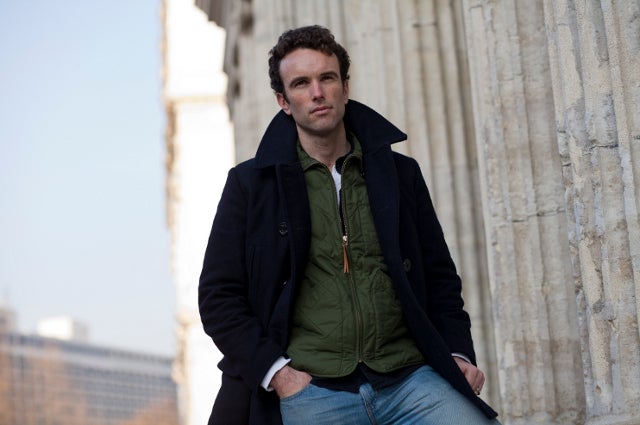 The journalist Elliot Ackerman, A03, F03, a former Marine, landed in Gaziantep, a city of about 1.5 million in southern Turkey, in 2013 with a couple of American friends who hoped to start a consultancy to monitor humanitarian aid for Syrian refugees. Located about 60 miles north of Aleppo, Gaziantep soon became familiar turf as he reported on the war in Syria for the likes of The New Yorker, The Atlantic and The New Republic.

Gaziantep was a crossroads for many: humanitarian aid workers, journalists, diplomats and roving members of the Free Syrian Army, the Islamic State, the al-Nusra Front—“you’d see them all walking around Antep,” Ackerman said, calling the city by its traditional name. He knows plenty about war: after graduating from Tufts in 2003, he enlisted in the Marines and served five tours in Iraq and Afghanistan, earning a Silver Star, a Bronze Star for Valor and a Purple Heart. After his service was up, he went back to his first passion: writing. He focused on the Middle East in his work.

While reporting a story on the Syrian war, he went to a refugee camp in nearby Kilis and met a Syrian man who had been sliced from his neck to below his navel in the conflict. “It was such a horrible wound,” Ackerman said. “He was talking to me and showing me this, sharing cigarettes, wearing this purple T-shirt that said ‘The Music Will Live Forever.’”

Back in the United States a few months later, Ackerman described the scene to a novelist friend, who urged him to write it down. Ackerman had 80 pages of a second novel he’d been working on—his first was the widely praised Green on Blue (Scribner), about a young Afghan orphan. But he tossed aside what he had written and started fresh. “It just seemed the story was there, and started unspooling. It’s like that often when I’m writing fiction,” he said. “It’s like unspooling thread—you start pulling and see how long you can pull the line out.” 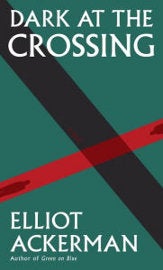 The result is Dark at the Crossing, published by Knopf in January. The story is about Haris Abadi, a naturalized Iraqi-American who comes to Gaziantep, wanting to cross the border into Syria to fight the Bashar al-Assad regime. As he tries to cross, he’s betrayed by a fixer he’s paid, and left penniless on the Turkish side of the border. Abadi is taken in by a Syrian émigré couple, Amir and Daphne, who have fled their home in Aleppo, and becomes involved in their struggle to create meaning in the midst of war. But Ackerman's novel is also a tale of Abadi’s own quest for his place in the world.

Earlier, in his native Iraq, Abadi had worked as a translator for the U.S. Special Forces. After immigrating to the United States and never quite fitting in there, he'd returned to the Middle East so that he could fight for something he believed in. What he encounters at the border between Turkey and Syria, however, is not a simple matter of black and white, but a sludgy gray world, more uncertain with each new encounter.

“There’s a real schism that exists inside Haris,” Ackerman said. “He’s an Iraqi guy, but he’s a naturalized American; in this country of immigrants, he’s as American as anyone else, but wrestles with his American identity.” In Turkey, with his dollars, he’s viewed as an American until he speaks and his accent betrays him. “For him, it’s split allegiances, split identities. Much of the novel is his journey to find some kind of unification for himself.”

Dark at the Crossing has quickly garnered strong reviews. The Washington Post called it “not only a fictional meditation on remorse, betrayal, love and loss, but also a journey that returns us to the beautiful and broken world we live in.” A New York Times review said it is “a fascinating and topical novel.”

One of the central themes in the book is whether it is better to abandon what seems like a lost cause or to keep going, despite the long odds. Amir and Daphne had lived in Aleppo until their apartment building was blown up and their young daughter was lost in the blast and presumed dead. Daphne clings to the hope that her child somehow survived, and that creates tension between her and Amir, who has given up hope for the girl's survival.

“I was trying to parallel that tension with that of activists who have fallen in love with this revolution and cannot accept the fact that it’s over, that Assad’s not going to disappear, and that there’s not going to be a huge flourishing democracy inside of Syria,” Ackerman said.

The book is dedicated to a Syrian friend, Abed, whom he met in Gaziantep. “He is a Damascene, from a long line of pretty famous Syrian poets,” Ackerman said. “He was an activist in the revolution’s early days and had been chased out of the country by the regime—they came to arrest him and he fled by night.”

The two would have long conversations about the wars both had been in; for Abed, it started with peaceful demonstrations in the streets of Damascus in late 2011 and early 2012, seeking to reform the country’s authoritarian government. “There’s no cause that’s more crystalline and right than that, but it all went wrong for them,” Ackerman said. “Their homes ended up destroyed as a result of those actions. The book is also about good intentions gone astray.”

Ackerman said he hopes that Dark at the Crossing “conveys the emotional topography of what’s going on there right now. If I’ve done my job as a writer, by the time you finish the book, you might feel the conflict within so many of these people who have been trapped by this revolution.”