Should I be worried that the outbreak of cat flu in New York City could affect my pet? 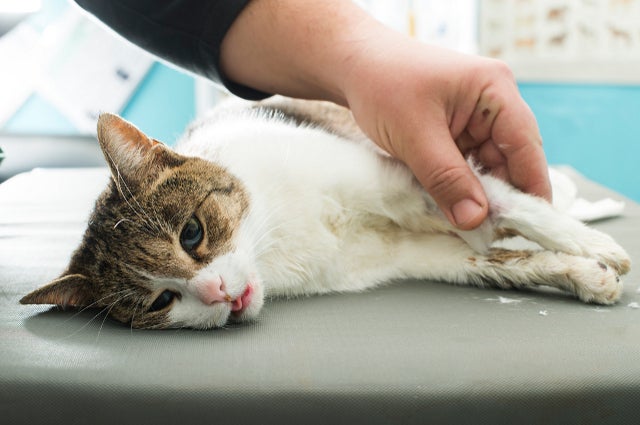 Cats don’t usually catch the flu, which is what made the outbreak that sickened cats in the New York City shelter system so newsworthy. A cat that had a respiratory infection and died from pneumonia in mid-November had tested positive for canine influenza H3N2.

However, canine influenza H3N2 seemed an unlikely cause of disease, because none of the dogs in the city’s shelter had any unusual illness. Robin Brennen, V92, the veterinary director of the Animal Care Centers of NYC, decided to contact Sandra Newbury, director of the University of Wisconsin-Madison Shelter Medicine Program.

The body of the cat that died was sent to the Wisconsin Veterinary Diagnostic Laboratory, along with swabbed samples from dogs and other sick cats at the shelters. The virus found in many of the feline samples was identified as influenza H7N2, a strain of avian flu that had never before been diagnosed in domestic cats and was last reported in the United States in 2006 in commercial poultry.

Although the shelter was able to identify the kitten with the first known infection, it is unknown how or where it picked up the virus. About 500 cats tested positive for the H7N2 flu, and Newbury has monitored those animals to determine how long it takes for the illness to run its course.

The American Society for the Prevention of Cruelty to Animals has operated a temporary quarantine facility in Long Island City since late December to house the 500 cats that had been exposed to the virus in the Animal Care Centers of NYC. As part of the response coordinated by the ASPCA, the University of Wisconsin-Madison Shelter Medicine Program and Maddie’s Fund, I went to the quarantine facility to assist in the outbreak response, including collecting samples.

Influenza is spread among cats by direct contact with other infected cats or from exposure to the virus via a contaminated hand or object. Fortunately, H7N2 is a low-pathogenic strain of bird flu and appears to cause fairly mild symptoms in most cats—primarily lethargy, a runny nose, congestion and coughing, similar to a typical head cold in humans. However, some cats have developed severe illnesses, such as pneumonia, and a small number have died.

Risk for human infection is considered to be very low for this particular strain of avian influenza. There were two documented cases of people infected with H7N2 in the United States in 2002 and 2003, and both of them had had direct contact with infected birds. Of course, anytime we see an influenza virus jump to a new species, we worry about further infections.

Early in this cat outbreak, one person who was working closely with the cats tested positive for the virus (out of several hundred who were tested), although the symptoms were mild and that individual since has recovered. Those handling the cats in the quarantine facility have been wearing protective gear, including hazmat suits, goggles and respirators.

Cat owners don’t need to worry much about this flu at this point in time, because it appears to have been isolated to the New York City shelter system. However, anytime owners are concerned about their pets showing signs of an upper respiratory infection, we encourage them to contact a veterinarian.