We cannot let this administration unwind our nation’s environmental progress, the head of the Union of Concerned Scientists tells a Tufts audience 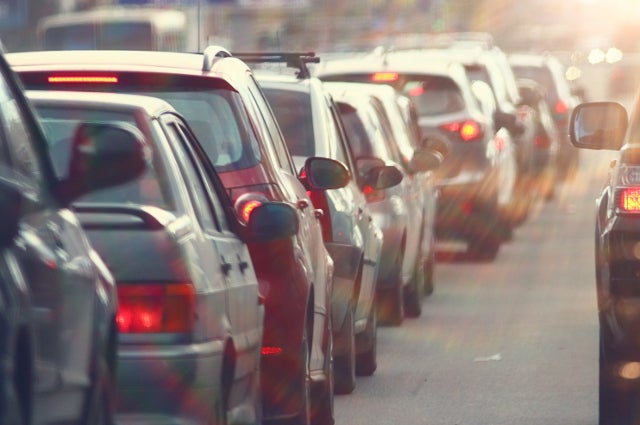 Ken Kimmell, president of the Union of Concerned Scientists (UCS), said “dark clouds” threatening the future of the planet come down to four words: “climate change” and “Donald Trump.”

“We face the biggest threat to our enlightened democracy that we have ever faced in our country, certainly in my lifetime,” said Kimmell, A19P, speaking to a full house at Tufts on March 9 about “Climate Strategy During the Trump Years.” It was the 150th lecture of the Environmental Studies Lunch and Learn program.

President Trump could undo, with the stroke of a pen, climate objectives and progress to combat global warming made under former President Barack Obama, he said.

Trump has proposed to roll back fuel economy regulations that reduce the nation’s greenhouse gas emissions and advocated for a 20 percent budget cut at the Environmental Protection Agency (EPA). Budget reductions could also have a big impact on the National Oceanic and Atmospheric Administration, the Department of Energy, and the Department of Agriculture, agencies that generate the basic science that drives environmental policy, which in turn informs how citizens and communities can prepare for climate change, said Kimmell, the former commissioner of the Massachusetts Department of Environmental Protection. “They could be crippled by budget cuts.” 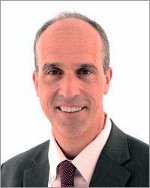 Ken Kimmell
At the same time, scientific evidence has little influence in the current administration, Kimmell said. Trump has said climate change isn’t real, and EPA head Scott Pruitt has expressed ambivalence. (In a CNBC interview the morning of Kimmell’s talk, Pruitt said he did not believe human activity is contributing to global warming. The UCS fired back with “three fundamental facts” about why he is “dead wrong.”)

Other factors that could endanger environmental progress, Kimmell said, are a Congress “uniquely captive to special interests,” and a “very confused citizenry” that no longer trusts any institution, be it media, government or universities.

Trump’s strategy, he said, is to transfer power away from federal agencies, which are “armed with experts and scientists that are making policy based on the facts,” to Congress. Each issue would become a “political football” linked to vested interests.

Kimmell lauded the Paris Agreement on Climate Change as the single most important international effort to address climate change; the United States was among 197 countries that pledged to make long-term efforts to hold temperature increases in check.

Will Trump pull out of the agreement? “I don’t have answers to that,” said Kimmell. But, he added, Trump and Pruitt “are busy working to repeal the policies that we need to rely upon to keep our Paris pledge.”

Kimmell said his biggest area of concern is the potential for changes in regulations for carbon emissions from power plants and fuel economy standards for cars—the two largest sources of greenhouse gases in the United States. Existing regulations governing those “alone will reduce our carbon footprint by billions of tons.”

Amid these mounting worries, Kimmell said, “silver linings” can be found in the growing strength of a resistance community, now mobilizing “with lightning speed” to counter alternative facts with real data and protest government censorship of research and budget cuts. Action items include blocking regulatory rollbacks and “focusing like a laser beam” on damaging bills before the Senate.

“I have never seen the scientist community so alarmed, but also energized,” he said. “We are protecting government scientists who are facing abuse and suppression of their work. And most of all, we are exposing those types of tactics, because we know in government that sunlight is the best disinfectant.”

The fact is this: Just as the renewable energy industry for solar and wind is gaining traction, energy use in the United States has dropped since 2007, while the economy has grown considerably. “We have decoupled economic growth from energy use,” he said. “We’re having a much more energy-efficient nation.”

“We’re also going to march,” he told the Tufts audience. UCS is co-sponsoring the March for Science on April 22 in Washington, D.C., and the People’s Climate March on April 29. “I can’t emphasize enough how important these marches are,” he said. “This is the real opportunity we have as a country to get out and resist.”