Out on the Playing Field 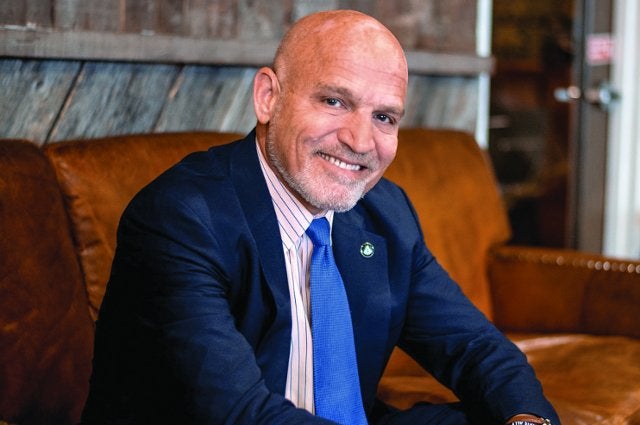 While the American LGBT community continues to fight in the courts for equal protection under the law, Mike Balaban, F75, is waging the battle on a less contested front: the country’s college and professional athletic fields.

“There are hardly any openly gay athletes in sports, because there’s still bias,” said Balaban, the co-chairman of Athlete Ally, a New York City nonprofit that works to end LGBT discrimination in college and professional sports. “Sports is the toughest remaining bastion of hyper-masculinity.”

“It just doesn’t pay for athletes to come out,” Balaban said. “Athletics is all about beating the opponent, but initially you have to beat out your teammates, so you use language to make them less than you—‘faggot’ or ‘dyke.’ If you’re a gay man or woman and you’re playing, it’s scary, it’s hostile. You have to ignore it, or try to.”

Athlete Ally is attempting to change that. Founded in 2011 by Hudson Taylor, an All-American wrestler at the University of Maryland, the organization is represented at more than 50 colleges and universities, where Athlete Ally enlists student athletes, coaches and administrators to uphold the principles of respect and inclusion in their athletic communities.

The organization has also lined up 180 professional and college “ambassadors”—including the tennis stars Martina Navratilova and Andy Roddick, and the mixed-martial-arts fighter Rashad Evans—to call out homophobia and transphobia where they see it.

Balaban, who is gay, knows full well the pain of being an athlete in an atmosphere of homophobia. He played football at Brown University, but didn’t come out until he was 24. After a successful career as a Wall Street financial advisor, he joined Athlete Ally to help expand its reach.

He has co-authored an NCAA handbook on LGBT issues, a publication that is now mailed to athletic directors and coaches at every American university, and last May, Athlete Ally joined other advocacy groups in providing guidelines to the NCAA for fostering “inclusive environments” in athletic programs.

In 2014, meanwhile, Athlete Ally helped to persuade the International Olympic Committee to amend the Olympic Charter so that it bans discrimination on the basis of sexual orientation. More recently, Athlete Ally was one of the voices that helped to convince the NBA to pull its 2017 All-Star Game from Charlotte after North Carolina passed House Bill 2, a law requiring that transgender people use public bathrooms that correspond with their biological sex.

“The NBA reached out to us for advice,” Balaban said. “We coached them and held their hand until they got comfortable and ultimately made the decision to move the game. It’s patently unacceptable that their fans and players would not be protected in a place like Charlotte.”

Balaban expressed pride in the successes Athlete Ally has enjoyed to date—the battle is “being won very rapidly,” he said—but made clear that more work remains. “It’s becoming unacceptable to use the F word, same as the N word,” he said. “That doesn’t mean people’s views have necessarily changed yet.”