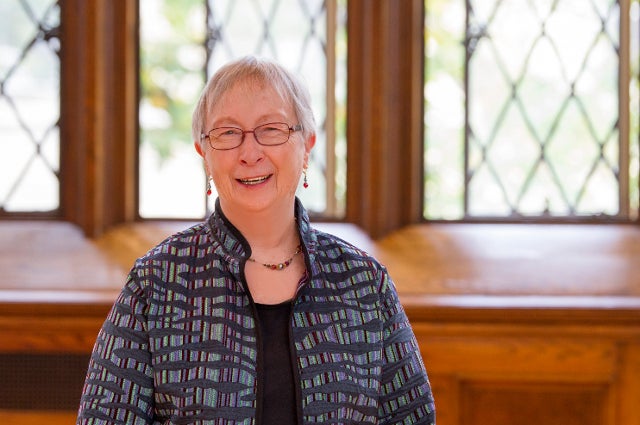 During her 40-year career, Virginia “Ginny” Cornyn, F63, was often the only woman in the room. And then there were the times when she wasn’t even welcome in the room.

In the early ’90s, when Cornyn served as the head of information technology on a project at a major corporation, other members of the leadership team would hold informal gatherings to make decisions, leaving her out, she said. “Sometimes, I would not find out about these meetings,” she said. “The discrimination was so subtle that it made you think you might be paranoid.”

Cornyn was accustomed to being in the minority. Her graduating class at Fletcher had fewer than 20 percent women, she recalled, and resources to support them were scant.

Now women are well-represented at the school—making up about half of each incoming class—but they still face different hurdles than their male peers. That’s why Cornyn decided to fund the creation of the Leadership Equality and Diversity (LEADS) certificate program. It’s a pilot program that encourages equality through a two-year series of workshops and a mentoring initiative.

The interactive workshops aim to empower Fletcher women and educate the entire Fletcher community about topics such as salary and benefits negotiation, public speaking, sexual harassment and diversity. Students who attend all seven workshops will earn a certificate.

“Women in foreign affairs and in business are really hitting a glass ceiling, and in a number of different fields, harassment and discrimination are ways to keep women out of power,” said Dyan Mazurana, an associate research professor at Fletcher and research director at the Feinstein International Center, who serves as co-director of the LEADS program. “Coming out of Fletcher, these are issues women are going to face and men are going to see, so we have to train students to stand strong against discrimination and stop it from happening.”

The program started last fall with a workshop on how to get paid fairly, led by former Massachusetts lieutenant governor Evelyn Murphy, founder of the WAGE Project, a nonprofit that seeks to end wage discrimination against American women. Murphy told participants that women with advanced degrees earn an average of $1 million to $2 million less than their male counterparts over their lifetimes. She then guided participants through exercises, such as practicing five-minute pitches justifying their worth, to strengthen their salary negotiation skills.

The workshops are open to all Fletcher students. “If you don’t bring men into the conversation, and only women know about the gender wage gap, it doesn’t amplify change as much as it would to share findings and strategies with a broader population,” said Ph.D. candidate Phoebe Donnelly, F13, F18, who co-directs the program with Mazurana.

Students say they’ve applied the skills they developed through LEADS to speak up more in class and engage in job negotiations. In the fall, LEADS will launch a mentorship program that goes beyond just advice, also providing assistance getting interviews, making contacts, securing internships and getting recommendations for jobs and promotions—the kind of help that research shows men usually receive more often, Mazurana said.  The program is recruiting both female and male Fletcher graduates to serve as mentors.

Cornyn is providing four years of funding, for two two-year cycles of the program. The impetus to provide tools for Fletcher women to deflect discrimination and be successful in their careers came from a mid-career course that she attended at Simmons College in 1981, which armed her with tactics to combat workplace discrimination.

Mazurana and Donnelly will evaluate the impact of LEADS during its pilot phase. If it has positive results, the hope is to raise additional funds to continue and perhaps expand programming.

“It’s a missed opportunity for all of us if we’re not getting women to a place where they are contributing at their full potential,” Cornyn said. “That’s something LEADS recognizes, that we’re all in this together and we all need to be successful.”

This Doctor Prescribes Respectful Care to the Trans Community

The Future of Dentistry Is Female