Uncovering the answer to an age-old question: how do snowflakes form? 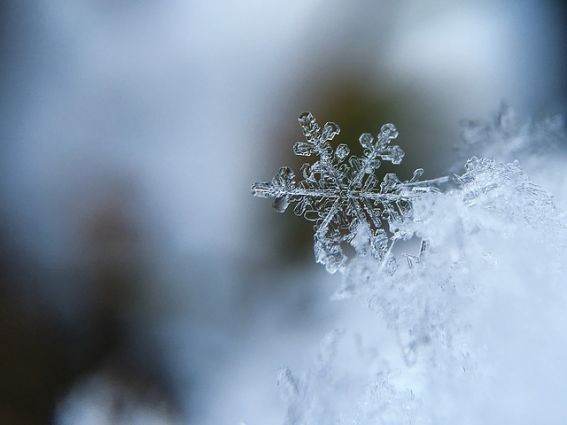 MEDFORD/SOMERVILLE, Mass. (May 10, 2017) – More than 400 years ago, renowned mathematician and scientist Johannes Kepler speculated about the creation of one of nature’s most angelic and unique shapes: the six-sided snowflake. Although atoms would not be discovered until two centuries later,  Kepler openly pondered about the microscopic building blocks that lead to the ice crystal’s hexagonal formation, including the myriad of factors behind this recurring phenomenon.

Now, research led by a Tufts University chemist has answered Kepler’s questions by shedding new light on this process by combining an electron backscatter with a large single crystal ice model. In a study published in the Proceedings of the National Academy of Sciences, scientists discovered that an ice crystal’s flat sides are formed by a hexagon that is larger and consists of a central water molecule surrounded by six others in the same layer.

Mary Jane Shultz, Ph.D., a chemistry professor in the School of Arts and Sciences at Tufts University and first author of the study, said the chair-form hexagon has three molecules  in one layer and three more slightly lower in what is called a bilayer structure. The six flat sides of a snowflake grow from a hexagon formed within one layer. This larger hexagon is  rotated 30 degrees relative to the chair-form hexagon. 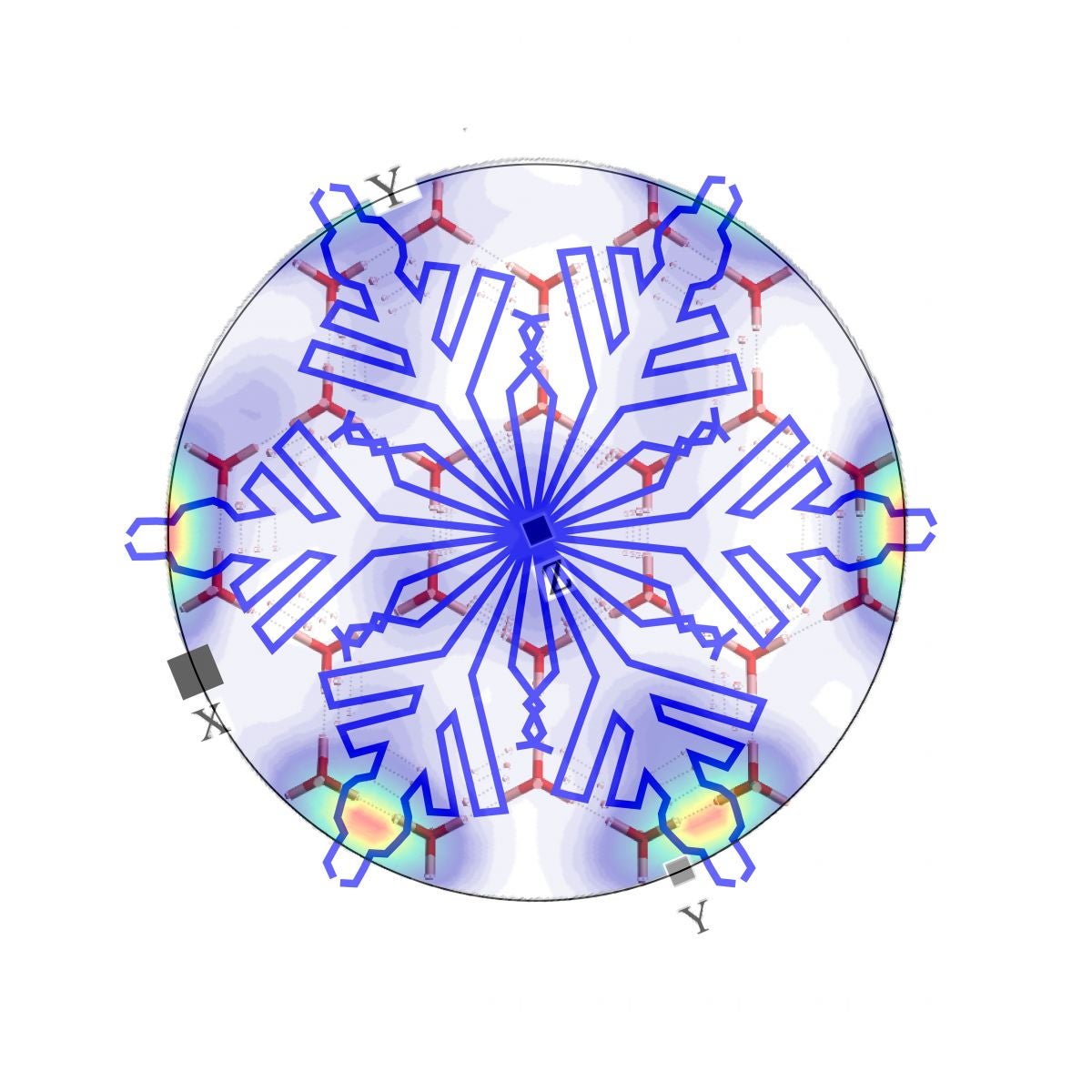 “Snowflakes grow from water vapor. Faces that release the most heat (per unit area) vaporize,” said Shultz. “The face with the least heat release is the hexagonal face; next is the  flat face of the larger hexagon. The flat side of the chair-form hexagon releases the most heat per area, which vaporizes itself. Thus, the snowflake hexagonal prism has flat sides  that correspond to the larger hexagon.”

The study findings debunk previous assumptions that snowflakes grow from the flat sides of the chair-form hexagon, Shultz said.

To determine how the formation occurs, researchers built a model that balances the heat released when molecules are incorporated in the solid lattice against probability of  successful attachment. Combining macroscopic and molecular-level techniques allowed the team to investigate the same surface at different scales.

The macroscopic probe has been used for decades to investigate ice. This technique produces the beautiful visual images of the macroscopic hexagonal shape. The molecular-   level probe is more recent. While an X-ray is commonly used to show the molecular-level, Shultz and her team opted to use the electron backscatter diffraction technique, which  produces orientation density plots that are more illustrative and visually compelling.

“Careful sample orientation  tracking enabled us to link the  two images to produce the  connection,” she said. 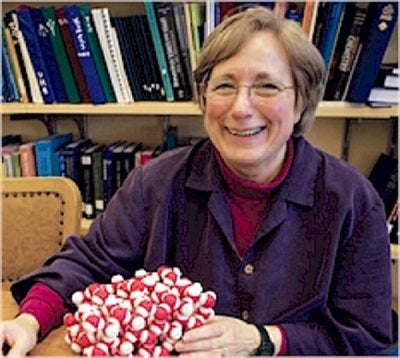 Mary Jane Shultz, Ph.D., a chemistry professor at Tufts University.
The research confirmed that snowflake points align with the crystallographic a axes shown as hot spots in the electron backscatter data. The significance is that the flat side of a snowflake consists of a bilayer structure. The basal face is a chair-form hexagon; the up-down alteration forms a bilayer. The flat side is a boat-form hexagon consisting of pairs of water molecules bridging pairs in the lower half of the bilayer. Flexibility and mobility of a pair is expected to result in unique reactivity of this face, including potentially catalyzing conversion of gases like CO2 and nitrogen oxides in the atmosphere. Shultz said the team is now investigating this reactivity.

Support for this research came in part from the National Science Foundation grant numbers CHE1449643 and CHE1565772.