Anthony Scaramucci, A86, A14P, founded SkyBridge Capital and had been a Fox News commentator before accepting administration post 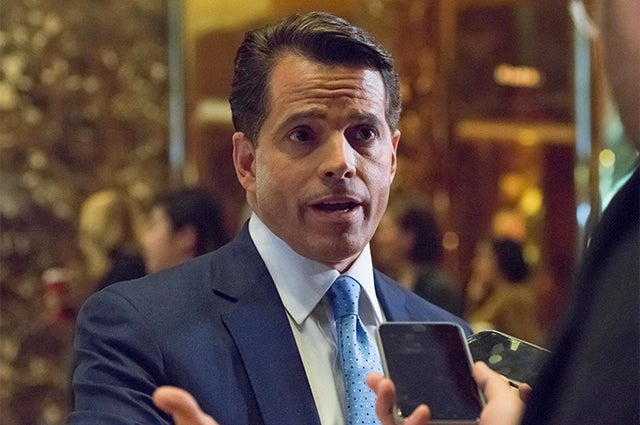 Scaramucci, a contributor to the Fox News Channel, was an advisor to President Trump during his 2016 campaign, and was rumored earlier in the year to have been in line for a job heading the White House’s Office of Public Liaison and Intergovernmental Affairs. That position never materialized, however. In his new role, Scaramucci will replace Mike Dupke, who stepped down two months ago. Scaramucci, a major donor to Republican campaigns, has been a staunch Trump defender.

Scaramucci earned his B.A. in economics at Tufts and is a graduate of Harvard Law School.

He sits on the Fletcher School’s Board of Advisors, has served on the Board of Overseers of Tufts’ School of Arts and Sciences, and was a member of the Beyond Boundaries campaign committee. He also served as co-chair of the Tufts Financial Network, which aims to help Tufts students and alumni develop connections and advance in the financial world.

Scaramucci is the author of several business books, the most recent being Hopping Over the Rabbit Hole: How Entrepreneurs Turn Failure into Success, which he has called a “brutally honest book about the ups and downs of business and entrepreneurship.” (Read an interview with Scaramucci about his book in Tufts Magazine.)