Lessons from the Living Room War

The Vietnam War changed how conflicts are waged and covered, says Tufts professor 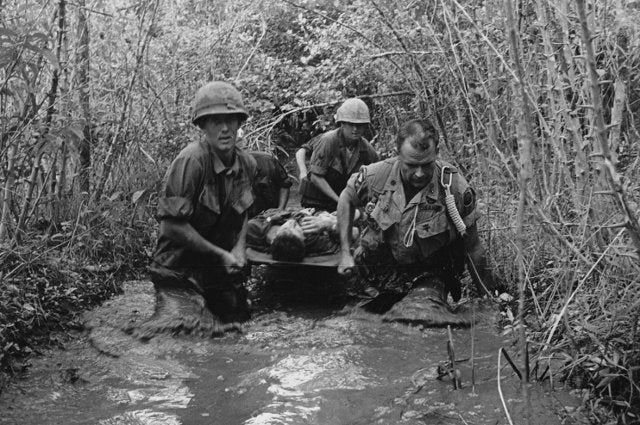 More than 30 years after the end of the Vietnam War—in which more than 58,000 Americans and up to three million Vietnamese died—it’s back in the news, in large part thanks to the new 18-hour documentary by Ken Burns and Lynn Novick, running through September 28 on PBS.

Paul Joseph, professor of sociology, is intrigued by public sensibilities about war—its values, trauma, and costs. His books have explored the Vietnam War, the debate over nuclear policy, and the Bush administration’s Operation Iraqi Freedom, among other topics. For many years the director of the Peace and Justice Studies Program at Tufts, he served two terms as president of the national Peace Studies Association.

Tufts Now talked with Joseph about the consequences of the Vietnam War for America, what lessons have been learned, and which ones have already been forgotten.

Tufts Now: You taught a course, The U.S., Vietnam and the War, for some 20 years. What do you think a documentary can contribute to our understanding of a war that deeply divided the nation? 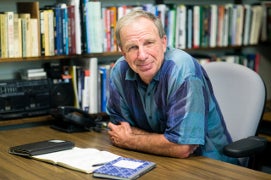 “We need to hold accountable leaders who pursue failed war policies, and we must advocate for policies built, instead, on peace,” said Paul Joseph. Photo: Alonso Nichols
I think the series is a real contribution because it will bring the Vietnam War to the foreground again. Whether it’s the public’s view of veterans or the media’s coverage of the war or the responsibilities of leaders who shaped national security policy, Vietnam influenced American society. It’s also an important war to think about in relation to our present and our future, not just our past. It’s an opportunity to try to be truthful, to really take a measure of what happened.

One of those enduring influences, as you wrote recently, was the impact on the media and war reporting.

Vietnam is often called the “living room war.” Television reduced the space between the battlefield and the viewer. When the media showed the intensity and the chaos of the war with relatively little mediation, it helped turn people against the war.

This attitude shift was not lost on the Pentagon. After the war, military leaders had to think about how to change the way wars were covered. With pool reporting, they could control it, but journalists railed against that and struck out on their own, occasionally putting themselves in dangerous situations.

The Pentagon then embarked on embedded reporting, which returned reporters to the front lines in Afghanistan and Iraq. But ironically that proximity diminished the impact of the war; it created a kind of band of brothers between the journalists and the soldiers. The story of those wars is told in micro-settings: stories about Frank and Mike and Jerry and maybe a Sally and an Ann, individual solders who left their hometowns and their families and jobs and who made this sacrifice and are behaving honorably. All of which is true—but it should not substitute for covering what is actually happening in a war zone.

Another change is how we now wage war, which probably shapes our attitudes toward what war costs in terms of human lives.

When there is publicity around a drone strike or, say, the mistaken bombing of the Doctors Without Borders hospital, it registers—we are more sensitive to civilian casualties. That is one of the legacies of Vietnam. That awareness, to the degree that it exists, is a positive development because it encourages the public to “see war” more fully.

In a way, policymakers  are trapped by two choices because war can’t be costly, or at least can’t appear to be too costly. Deploying large numbers of ground troops is more difficult politically than during the Vietnam era. So we have to increasingly rely on technical means such as drones, or uber-soldiers, the special forces personnel who can be deployed secretly. Both these forces are largely invisible to the general public in terms of media and public coverage.

There is a danger in that invisibility.

Absolutely. We can’t make moral judgments about something we can’t see. And that’s what I mean about the living room war.  When you see graphic images of war on your television, like we did during the Vietnam War, you might well ask, “Oh my God, am I in on that or not?” But if you don’t see it, you don’t have to make a moral judgement and you don’t have to hold leadership to moral accounting as we did in the past.

Do you see one lesson from Vietnam as shift in attitudes toward veterans? I’m thinking of the increasing attention paid to PTSD.

That term, post-traumatic stress disorder, comes as an official medical category only after the Vietnam War, due to lobbying by veterans and supportive medical personnel. Still, this is a case where Vietnam’s lessons are only partially recognized or absorbed. The military continues to put people in situations where PTSD can be expected. We don’t know everything that is going to happen with exposure to violence and conflict. But we do know that the more recurring the exposure, the more likely that is going to happen.

And absent a draft, with soldiers being re-upped for multiple tours of duty, it would be expected that many of them would come back emotionally affected. This is not factored into the “cost” of a war. When there is a policy discussion that estimates the cost of military presence, no one says, you know, a quarter of those people are going to suffer significant psychological consequences as a result of being deployed. Decision-makers are still not sensitive to PTSD in regard to forming our policy about war.

Why are we always so reliant on war as a policy option?

War is the default setting. It’s ironic that mistakes of pursuing a war policy—including the fact, as in Vietnam and Iraq, that it is often self-defeating—don’t carry the same resonance as the consequences that would be made in the cause of peace. Peace is actually considered more risky, while the negatives that flow from war policies are largely ignored or excluded from strategic considerations the next time around

I tell my students that we have to be more proactive about peace. I’m not saying that peace comes easily. But we need to hold accountable leaders who pursue failed war policies, and we must advocate for policies built, instead, on peace.