Most kids in northern latitudes don’t get enough vitamin D in winter. Tufts researchers find out how to bridge the divide. 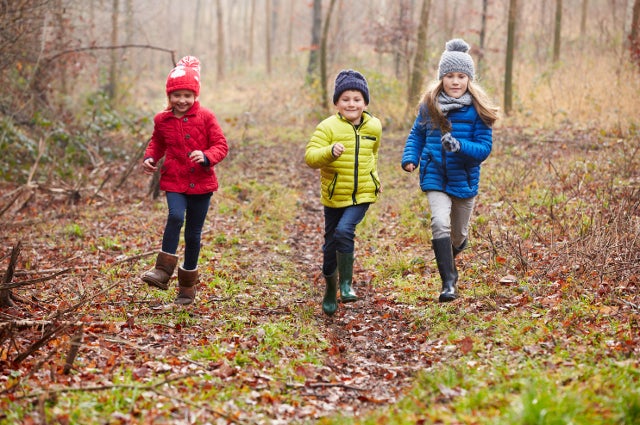 Living in northern latitudes such as New England means not only shorter days and less sunlight during the winter, but also far less vitamin D, the “sunshine” vitamin. And adequate vitamin D intake, which is crucial to bone health, can be difficult for children in particular to achieve through food alone.

In a new study, researchers from the Friedman School of Nutrition Science and Policy at Tufts and colleagues conducted a clinical trial administering three supplemental doses of vitamin D in Boston area schoolchildren who were vitamin D deficient or at risk for deficiency. They found that bringing the majority of participants safely to sufficiency took a dose that was more than three times the recommended daily allowance for vitamin D for children.

The study, published online last month in the Journal of Clinical Endocrinology & Metabolism and led by Jennifer Sacheck, associate professor of nutrition at the Friedman School, sought to determine whether the current recommended daily allowance (RDA) was enough to raise blood levels to nutrient sufficiency in children in northern latitudes, especially across the winter months when blood levels tend to fall. The randomized double-blind clinical trial investigated the effect of three supplemental doses of vitamin D3— the current RDA of 600, as well as 1000 or 2000 IU per day—administered over six months in more than 600 schoolchildren ages 8 to 15 in the greater Boston area.

In previous work with urban schoolchildren around Boston, the researchers found that upwards of 90 percent of the children they were studying were vitamin D deficient, prompting them to question what was needed to increase levels to sufficiency. Deficiency is also reported to be more common among those with obesity, darker skin pigmentation, and/or living in the northern portion of the United States.

At the start of the study, 40 percent of the children were either vitamin D deficient or severely deficient (blood levels <20 ng/mL or <12 ng/mL, respectively) and only 11 percent were considered vitamin D sufficient (>30 ng/mL). While all three doses raised serum vitamin D levels and virtually eliminated severe deficiency by the end of the six months, it took a dose of 2000 IU per day to move the majority of children out of deficiency and to see the greatest number of children attain sufficiency. The vitamin D upper limit for children nine years and older is 4000 IU per day.

The researchers also noted that children with obesity and Asian children responded less to supplementation, while African-American children, who started at the lowest levels, responded the most.

“Food is the best source for valuable nutrients, but obtaining even just the RDA of vitamin D from food alone would take the equivalent of six eight-ounce glasses of fortified milk,” said Sacheck. “Improvements to diet and increased awareness are considerations for closing the vitamin D gap when the sun can’t do the job.”

Lisa LaPoint can be reached at lisa.lapoint@tufts.edu.