Recovery from storm that destroyed up to 85 percent of crops will take time and effort, say Friedman School experts 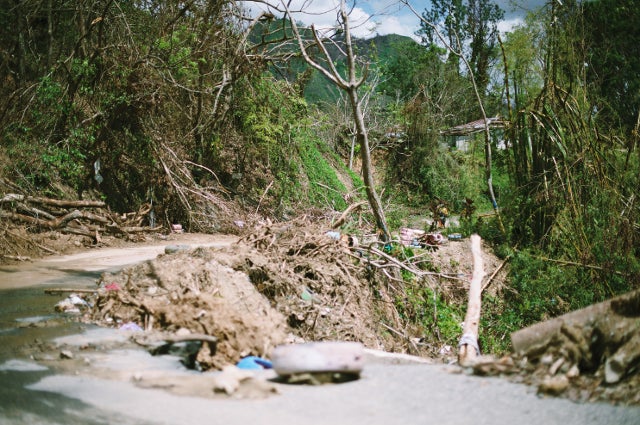 The hurricane that swept through Puerto Rico on September 20 practically wiped out the island’s agricultural sector, destroying 80 to 85 percent of crops by some estimates. Getting emergency food and water to people for the near future has already proven a big challenge. But in the long-term, the agricultural damage may create more of an economic crisis than a food crisis, according to Tufts faculty.

Before the hurricane, Puerto Rico imported about 85 percent of the food it consumes, so it was already dependent on outside producers for the bulk of its needs. Puerto Rican farmers who depend on crop sales for their livelihoods, however, may have a very difficult recovery ahead.

“What is it we are worried about? It’s not just the loss of food,” said Parke Wilde, an agricultural economist at the Friedman School of Nutrition Science and Policy.

Friedman School faculty and students came together on October 23 for a discussion hosted by the Friedman Justice League, a student organization focused on diversity and addressing disparities in the food system. In addition to sharing information and perspectives on the ongoing emergency, they discussed ways to contribute to Puerto Rico’s recovery through fundraising, outreach, and research.

Puerto Rico’s agricultural sector makes up less than 1 percent of its gross domestic product, and employs less than 2 percent of the workforce. But in recent years, there has reportedly been growing interest in food, farming, and local production.

How well those farms recover will vary by the type of crop, predicted Timothy Griffin, director of the Friedman School’s Agriculture, Food and Environment program. Annual crops, such as some vegetables and fruits, are likely a total loss this year. But even in that situation, “in the next year, you could have some degree of recovery if the infrastructure is in place,” Griffin said. “You could start growing those again.”

Gregory Gottlieb, director of the Feinstein International Center, agreed. “If the flooding hasn’t totally damaged irrigation systems, and provided the farmers can get financing for seeds, fertilizer, etc., then that production can usually get back on track in a season,” said Gottlieb, who worked on many disasters and humanitarian emergencies with the U.S. Agency for International Development.

But many of the top crops in Puerto Rico, including bananas, plantains, and sugar cane, are perennial crops; they depend on the same trees and shrubs to produce for several years. “That’s a totally different kind of investment of time and money,” Griffin said. “It could be five years, eight years before you are at economic yield levels.”

For ranchers who lost cows, pigs and many of the barns and buildings used to care for them, the outlook is even more grim. “If you lose breeding livestock, that is a devastating loss,” Griffin said. “You have to start over.”

All of these losses are compounded by the ongoing emergency, which continues to disrupt power, communication, and transportation, all necessary for working supply chains. “If you lose enough roads, you have no network left,” Griffin said.

Wilde said that the crop insurance programs in Puerto Rico he has read about cover between 40 and 70 percent of losses. But he questioned what percentage of farmers would have been enrolled in those types of programs, when many small farmers in the mainland United States are not. “You’re going to be having huge expenses for entrepreneurs in rural areas that aren’t going to be covered,” he predicted.

Julie Flaherty can be reached at Julie.flaherty@tufts.edu.