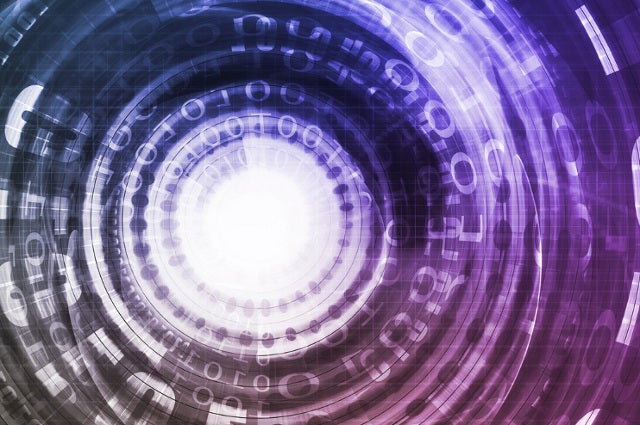 Big data is about much more than mathematics and science, and is increasingly important in a wide variety of disciplines. Research in fields from biology to urban planning generates huge amounts of data, more than are easily digested without special resources. Recognizing that, Tufts is creating the Data Intensive Studies Center (DISC), which will help develop new methods for extracting meaning from data and apply those methods to research and teaching at the university.

As part of its DISC initiative, the university is hosting a major symposium November 8 featuring distinguished speakers from industry, government and higher education, covering topics ranging from data science and computational science in health care to ethical use of data.

The symposium will have five major focuses:

City and Urban Planning, with a keynote by AnnaLee Saxenian, dean of the school and professor in the School of Information and in the Department of City and Regional Planning at the University of California, Berkeley. A panel discussion moderated by Eric Miller, professor and chair of electrical and computer engineering at Tufts, will feature Herbert Dreiseitl, founder of Ramboll Studio Dreiseitl; Justin Hollander, A96, associate professor in the Tufts Department of Urban and Environmental Policy and Planning; David Mendonça, an associate professor in the Department of Industrial and Systems Engineering at Rensselaer Polytechnic Institute; and Adam Storeygard, an assistant professor of mathematics at Tufts.

Ethical Use of Data, with a keynote by David Lazer, distinguished professor of political science and computer and information science at Northeastern University, and director of its NULab for Texts, Maps, and Networks. A panel discussion moderated by J.P. de Ruiter, professor of computer science and engineering at Tufts, will feature Chaitanya Baru, senior advisor for data science at the National Science Foundation; Matthias Scheutz, professor of cognitive and computer science and director of the Human Robot Interaction Lab at Tufts; and Nick Seaver, an assistant professor of anthropology at Tufts who studies how people who make technology deal with cultural materials.

Privacy and Security, with a keynote by Jeannette Wing, Avanessians Director of the Data Science Institute and professor of computer science at Columbia University. A panel discussion, moderated by Carolyn Gideon, assistant professor of international communication and technology policy and director of the Hitachi Center for Technology and International Affairs at the Fletcher School, will feature Kathleen Fisher, professor and department chair in computer science at Tufts; Erin Kenneally, a program manager in the Cyber Security Division for the Homeland Security Advanced Research Projects Agency at the Department of Homeland Security’s Science and Technology Directorate; and Alex “Sandy” Pentland, professor of media arts and sciences at the MIT Media Lab.

Data Science and Computational Science in Health Care, with a keynote by Henry Kautz, the Robin & Tim Wentworth Director of the Goergen Institute for Data Science and professor in the Department of Computer Science at the University of Rochester. A panel discussion, moderated by Peter Levine, Lincoln Filene Professor of Citizenship & Public Affairs at Tufts, will feature Frank Alexander, deputy director of the Computational Science Initiative at Brookhaven National Laboratory; Harry Selker, dean of the Tufts Clinical and Translational Science Institute and professor of medicine at the Tufts School of Medicine; Jerry Sheehan, deputy director of the National Library of Medicine at NIH; and Harry Sleeper, department head of open health services at MITRE.

Data Science and Computational Science in Biology, with a keynote by Peter Coveney, professor of computer science and director of the Centre for Computational Science and the Computational Life and Medical Sciences Network at University College London. A panel discussion, moderated by David Kahle, vice president for information technology and chief information officer at Tufts, will feature Christoph Börgers, professor of mathematics at Tufts; Diego Martinez, head of bioinformatics at Veritas; Grace Peng, director of computational modeling, simulation and analysis at the National Institute of Biomedical Imaging and Bioengineering at NIH; and Donna Slonim, professor in the Tufts Department of Computer Science and the Department of Integrative Physiology and Pathobiology at Tufts School of Medicine.

To learn more, and register for the event by November 1, visit the symposium website.