Three questions with Gregory Gottlieb, the new director of the Feinstein International Center at Tufts 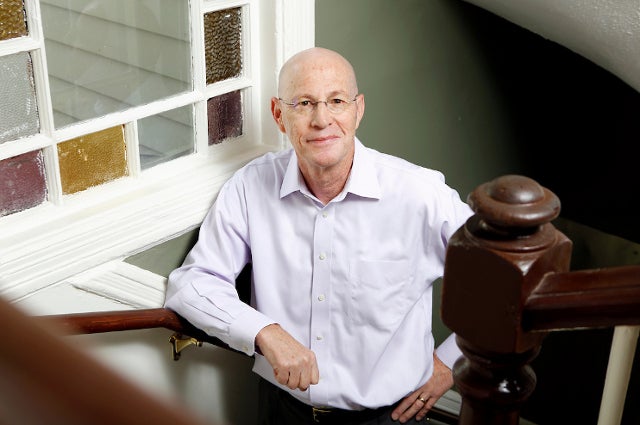 President Donald Trump has made it clear that foreign aid is not a top priority for his administration. His 2018 budget proposal includes steep cuts to the State Department, the U.S. Agency for International Development (USAID), and the United Nations. That policy change could have lasting impact on humanitarian efforts worldwide, said Gregory Gottlieb, who became the new director of the Feinstein International Center at the Friedman School of Nutrition Science and Policy in September.

Before coming to Tufts, Gottlieb was the acting assistant administrator for USAID’s Bureau for Democracy, Conflict, and Humanitarian Assistance. Much of his work has focused on improving disaster assistance as well as humanitarian and transition programs promoting economic recovery. Tufts Now spoke with Gottlieb, who is also the Irwin H. Rosenberg Professor in Nutrition and Human Security, about budget cuts, other challenges to humanitarian efforts, and the strategic benefits of helping other nations.

Tufts Now:  How does an America First policy affect humanitarianism?

Gregory Gottlieb: The United States has really helped to build the international system of humanitarian relief. We have been the biggest giver, the donor of last resort in many respects. And if you want to change that, you don’t do it by saying we’re going to cut our budget by 40 percent overnight. That is just going to damage the system. Right now, we—all donors—meet only about 62 percent of what we think humanitarian needs are. I don’t agree with the administration’s position, but at a minimum if they want to pursue that course, get a plan. You can’t just cut our budget and hope that other nations step in to make up the difference.

How do the United States’ humanitarian efforts help to improve its standing in the world?

Soft power like humanitarian aid can be very beneficial and serve as a tool for political advantages. After the tsunami in Asia in 2004, the fact that we supplied humanitarian assistance allowed our military to collaborate with Indonesia’s military. That kind of broke the ice and improved relations between our countries. If you looked at how people there viewed the United States, our ratings went way up. The same in Pakistan after the 2005 earthquake—the military did a fantastic job of delivering things, despite what was going on in Afghanistan. Some of the people who did that work are still incredibly well thought of. In South Sudan, our humanitarian assistance opened up a better dialogue between Sudan and South Sudan as they were forced to negotiate about how to move food across the lines.

But humanitarian assistance is not the answer in and of itself. Without political will, it doesn’t matter how much assistance you provide, it is not going to lead to a solution. It’s about diplomacy, it’s about sitting down and negotiating. Yemen is a great example. There is a lot of aid going to Yemen, but it is not leading to any discussion whatsoever.

What is going to be the bigger challenge for humanitarianism: natural disasters from climate change or crises stemming from conflict?

The U.S. government spends 80 percent of its humanitarian money right now on conflicts, and they go on year after year after year. Yemen, Syria, Nigeria, South Sudan—you can hope that we attain world peace, but I’m going to guess that that’s not going to happen any time soon. In that case, needs will remain quite high.

In terms of climate, if we get more natural disasters, if we get hurricanes with the frequency that we have been seeing, then we just have to be prepared for them. You have to train your rescue people. You can build in ways that make your buildings more durable. You can use better rebar or tie your roof into the frame so it is less likely to fly off. In Pakistan after the earthquake, we got people to build their walls a little bit lower, so there was less material to collapse in on people. I think Bangladesh is one of the best examples of how investing in preparedness can save lives. When a typhoon hit in 1991, about 150,000 people died. Now there are better warning systems. There are concrete shelters on higher ground, and they train kids in school about getting to them. In the last typhoon, far fewer people died.

The question is, when we look at our humanitarian budget, are we prepared to put more money into preparedness? I raise that because when there are big disasters out there, often money from the preparedness budget goes to pay for immediate needs, and we are less prepared for the next disasters.