Price changes for seven foods could save thousands of lives per year, study says

Subsidies for healthy foods and taxes on unhealthy foods could reduce deaths from stroke, diabetes and cardiovascular disease, especially among Americans with lower socioeconomic status 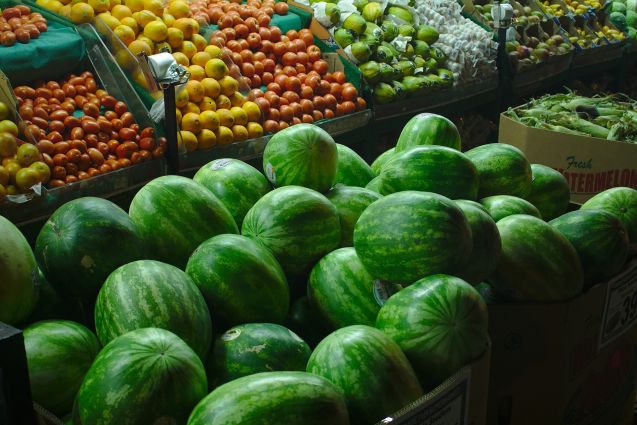 BOSTON (Nov. 27, 2017)—Changing the prices of seven foods, including fruits, vegetables and sugar-sweetened beverages, could reduce deaths due to stroke, diabetes and cardiovascular disease and address health disparities in the United States, finds a study led by researchers from Tufts University.

In the study, published today in BMC Medicine, the team of researchers used a comparative risk assessment model to estimate the potential effects of price subsidies on healthy foods, such as fruits, vegetables, whole grains, and nuts and seeds, and taxes on processed and unprocessed red meats and sugary drinks, on the number of annual deaths from cardiometabolic diseases in the United States.

The researchers found that if the prices of all seven dietary items were altered 10 percent each, an estimated 23,000 deaths per year could be prevented; this corresponds to 3.4 percent of all cardiometabolic disease deaths in the United States. A 30 percent price change almost tripled that approximation with an estimation of 63,000 deaths prevented per year, or 9.2 percent of all cardiometabolic disease deaths.

“This is the first time, to our knowledge, that national data sets have been pooled and analyzed to investigate the influence of food subsidies and taxes on disparities in cardiometabolic deaths in the United States,” said lead and corresponding author José L. Peñalvo, Ph.D., adjunct assistant professor at the Friedman School of Nutrition Science and Policy at Tufts. “We found that modest price changes on healthy and unhealthy foods would help decrease overall cardiometabolic deaths and also reduce disparities between socio-economic strata in the U.S.—the largest changes coming from reducing the prices of fruits and vegetables and increasing the price of sugary drinks.”

When the researchers looked at factors such as educational attainment and socioeconomic status, they found that larger proportions of deaths would be prevented among Americans with less than high school or high school education, compared with college graduates. Additionally, under low and high gradients of price responsiveness, subsidies and taxes would reduce disparities in all cardiometabolic disease outcomes. Diabetes would be significantly reduced by any of the scenarios.

“Our findings on disparities are particularly relevant today, with growing inequities in diet and cardiometabolic disease. The current strategies, such as education campaigns or food labeling, have improved overall dietary habits, but much less so among people with lower socioeconomic status,” said senior author Dariush Mozaffarian, M.D., Dr.P.H., dean of the Friedman School. “These results suggest that financial incentives to purchase healthy food, and disincentives to purchase unhealthy foods, can prove successful in meaningfully reducing cardiometabolic disease disparities.”

The largest proportional reduction in cardiometabolic disease outcome was observed for stroke, followed by diabetes. Diabetes deaths were most influenced by taxes on sugar-sweetened beverages, while stroke deaths were most influenced by subsidies for fruits and vegetables. The researchers acknowledge that the efficacy of taxation will depend on what products consumers chose as an alternative. Therefore, this is the most likely average effect of price changes.

The researchers defined the seven dietary elements based on evidence of their associations with cardiometabolic diseases, including stroke, diabetes and overall cardiovascular disease, and policy interest. From there, the researchers investigated the price responsiveness of each food item to price change and how each price intervention could prevent deaths and disparities from cardiometabolic diseases using different price responsiveness scenarios.