Behind the Scenes: The Organizer

Out of the news, Puerto Rico is still struggling to recover from Hurricane Maria’s devastation with help from Tufts alums 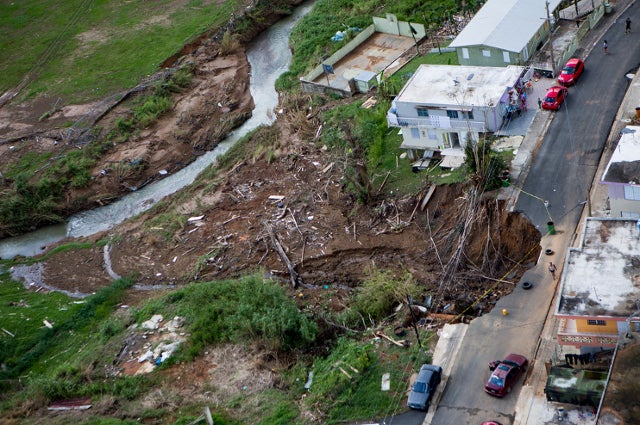 It has been nearly three months since Hurricane Maria devastated Puerto Rico on September 20, crippling infrastructure and leaving people all across the island without power or water. As the government continues to work to restore essential services, Tufts Now reached out to three alumni born and raised in Puerto Rico, to learn how the hurricane impacted their lives and how they have pitched in to offer relief. In the first of this series, we profile Nuria Ortiz, J98, of Puerto Rico’s Center for a New Economy. Read the other stories about Debora Silva and Michelle Ramirez.

In ordinary times, Nuria Ortiz, J98, uses her background in economics and law—she also has degrees from the London School of Economics and the University of Puerto Rico School of Law—in her work at the Center for a New Economy (CNE), Puerto Rico’s only independent think tank. 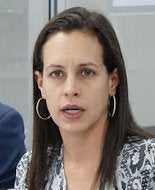 Nuria Ortiz
But in the aftermath of Hurricane Maria, Ortiz is overseeing the nonprofit’s Puerto Rico Recovery Fund, which was quickly created to expedite the delivery of supplies, including food, water, and medicine, to communities across the island. Even though it was without power or Internet, CNE mobilized help by tapping partnerships with other organizations the week after the hurricane hit; for example, the Baton Rouge Area Foundation stepped up to create a fundraising website, and other organizations gave it a leg up with early donations.

Logistics, though, was another matter entirely, and one week after Maria hit, even with rapidly dwindling supplies of food, water, medicine, and gas, the CNE team worked directly with U.S. donors and other organizations to set about directly delivering and distributing food and water to ten local NGOs across the island. Those later became permanent distribution centers of the Puerto Rico Recovery Fund.

Ortiz found organizations were eager to help, but she sometimes faced frustration getting help to the people in need. “A list of 15 satellite phone numbers I had been given didn’t work,” she said. Particularly worrisome were isolated communities, like those on the hard-hit island of Vieques, east of Puerto Rico. “Finally, I was able, through a local resident who barely had cellphone signal, to contact the head of a nonprofit there and alert her that food and medicines were going to be delivered to them by CNE’s Puerto Rico Recovery Fund via two helicopters,” she said.

So far, CNE has delivered more than 1,455,145 pounds of cargo. Ortiz is pleased and grateful, but she knows it is just the start. “The damage here is so huge that we will be in the recovery mode for a long time,” she said.

CNE, she added, is now complementing its short-term relief efforts with actions aimed at lasting change. The organization is working on an “advocacy track,” Ortiz said, in San Juan and in Washington, D.C., to bolster federal support and resource coordination. Another focus is a plan for long-term, sustainable economic development.

CNE is also pursuing other initiatives “that encompass broader strategies to jumpstart” deep and positive change, said Ortiz. “The hurricane made more evident to the world, and to many in the United States, the huge problems we face—ineffective and unresponsive government institutions, lack of investment in infrastructure, and widespread poverty and inequality, among many others, which are rooted in our colonial status—Puerto Rico has been a territory of the United States since 1898,” she said. “There are many challenges, but we are hopeful that this will provide with the opportunity for Puerto Ricans to create a new institutional framework and provide economic engines for our society to develop in a more equitable and balanced way.”

If you would like to help with the Puerto Rico Recovery Fund’s efforts, go to https://www.puertoricorecoveryfund.com/donate-now/.