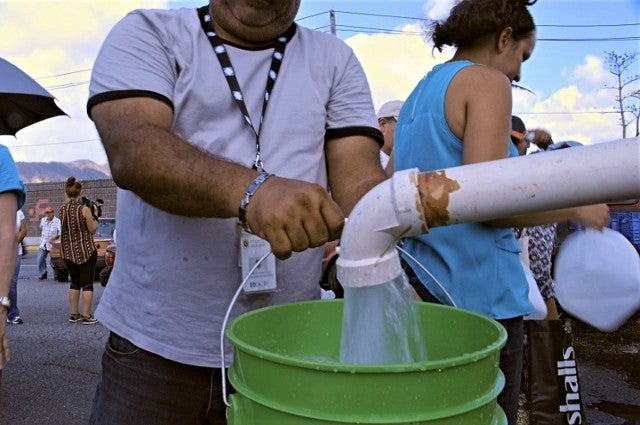 It has been nearly three months since Hurricane Maria devastated Puerto Rico on September 20, crippling infrastructure and leaving people all across the island without power or water. As the government continues to work to restore essential services, Tufts Now reached out to three alumni born and raised in Puerto Rico, to learn how the hurricane impacted their lives and how they have pitched in to offer relief. In the second part of this series, we profile Debora Silva, J93, associate dean for academic affairs at the University of Puerto Rico School of Medicine. Read the other stories about Nuria Ortiz and Michelle Ramirez.

For 17 years Debora Silva, J93, has tended to the wellbeing of children in Puerto Rico as a pediatrician at the University Pediatric Hospital, part of the University of Puerto Rico School of Medicine. With time have come broader responsibilities—now she is also associate dean for academic affairs and a professor in the Department of Pediatrics. 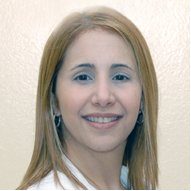 Debora Silva
Still, nothing had prepared her for the medical crisis wrought by Hurricane Maria. First, upon rushing from her home to the hospital, she made sure medical students were safe.

That was just the beginning. The hospital also urgently needed medicines, intravenous fluids, and equipment, said Silva, “but of course we had no way of getting any of this as on the island—communication and transportation routes were all disabled. So, we reached out to our diaspora, Puerto Ricans living in the mainland United States, and they began doing an incredible job of responding.”

The hospital also “became the hub for wider humanitarian efforts were first conducted in the Island,” she said. The hospital’s Team Refugio, made up of faculty, students, and residents, visited refugios—shelters—and local communities. She visited four communities, going house-to-house to check on families and children.

“I had never done this kind of work before. It was heartbreaking to see so much devastation,” she said. “These were very poor communities to start with—and now everyone had lost mostly everything.”

But she was impressed, she said, “how neighbors took care of neighbors; they were especially attentive to the elderly and the children. We thought that we would find angry, defenseless people, and we were wrong. We found people that were grateful to be alive and breathing,” she said. “This was incredibly humbling.”

Reflecting on the crippling impact of Hurricane Maria, she says that Puerto Rico has learned valuable lesson. “It has revealed to us how vulnerable the sick, the old, and the children are,” she said. “We have learned that the island’s infrastructure—communication towers, electrical grids—and emergency planning, must become priorities.”

Silva, who studied in clinical psychology at Tufts, returned to her native Puerto Rico after graduation to earn an M.D. at the University of Puerto Rico School of Medicine. Her love for Puerto Rico, and her hopes for its future, keep her focused on pragmatic next steps.

“We need to empower community leaders to lead in emergencies,” she said. “We need to realize there is an immense need for public health officials. If we can do that, then we, as Puerto Ricans, can and will endure. No matter what. Even when politics, economics, and hurricanes try to put us down, we will endure.”