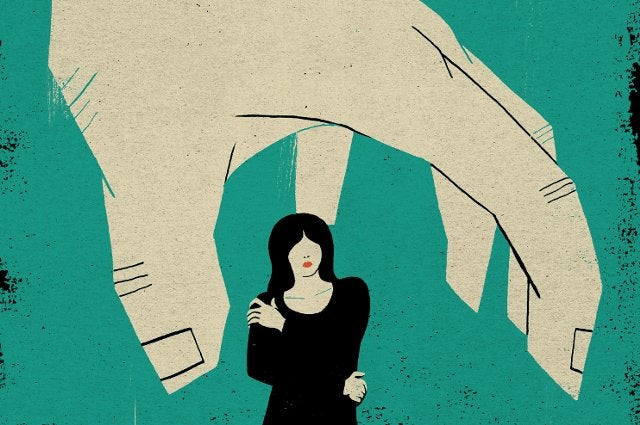 Even as they are providing humanitarian assistance to others, many aid workers are experiencing sexual harassment and assault themselves, with the attacks most often coming from colleagues and security officers, according to a new study by a Fletcher professor and student.

“In terms of preventing and responding to sexual harassment and assault against aid workers, this report finds that the sector as a whole is failing in its duty of care to aid workers,” wrote Dyan Mazurana, an associate research professor at the Fletcher school, in the 66-page report summing up the results of the study.

Mazurana, who is also a research director at the Feinstein International Center at Tufts, began researching the problem two years ago, noting that no one had enough information about what was happening. For the study, she and doctoral candidate Phoebe Donnelly, F14, interviewed 30 male and female humanitarian aid workers. They also reviewed 78 academic and media reports, as well as results from surveys by the Women’s Humanitarian Network in 2016 and Report the Abuse in 2017, which combined had more than 1,400 respondents. This research spanned 70 international aid organizations, including the United Nations, government agencies, and contractors.

Their study found that the “vast majority” of survivors of sexual assault were women. It also found that LGBT humanitarian workers suffered sexual identity harassment, blackmail, threats, and assault. Mazurana said a larger sample size is needed to estimate the specific rates of abuse, but her research indicated that the problem is pervasive. For example, 55 percent of respondents to the Women’s Humanitarian Network survey reported persistent romantic or sexual advances, and 48 percent reported unwanted touching. “It spans the whole scope of people,” Mazurana said. “Volunteers with very little education, medical doctors, people very high up and low down.”

As for the perpetrators, the study found that they are mostly men—and that they are more likely to be a victim’s colleagues than not. The extra challenge of being harassed or attacked from within a humanitarian agency was expressed by one interviewee, a new project manager who received sexually threatening texts. “I was in tears for several hours,” reported the woman, who was not named to protect her identity. “I was paralyzed because I knew it was someone from my own team, my national team.”

Perpetrators also tend to be supervisors or in higher-level positions than their victims, or they are hired security providers. “The more power imbalance you have, the more vulnerable people are going to be,” Mazurana said. “Security officers have the weapons. They are the people who can make life very unsafe.” The fact that the threat often comes from the very people tasked with protecting workers makes it more difficult to address, with most existing guidelines assuming sexual assault will be perpetrated by someone outside the agency.

The culture of humanitarian aid work may contribute to the problem. The stress of the job can lead to destructive coping behaviors such as alcohol and drug abuse. At the same time, a “macho form of masculinity” dominates the industry, Mazurana said. “The hard-drinking, smoking, risk-taking guy who has all the stories to tell is held up as a model, when in fact that kind of person is dysfunctional and not handling stress well.”

Another factor is the environment. Humanitarian workers are often stationed where the rule of law has broken down, conflict is ongoing, and the connection with the outside world is tenuous—and where colleagues not only work but live together in a self-contained bubble. Mazurana said these characteristics are similar to other locations where high levels of sexual harassment and assault have been found, such as the military.

Some of these factors may take a long time to change, but there are actions agencies should take immediately, Mazurana said. Aid agencies need to establish formal systems to prevent, report, investigate, and respond to sexual harassment and assault, and enforce those policies, she said. They also must hold perpetrators accountable and support survivors—including protecting them from retribution when they report incidents, she said.

More in-depth studies should follow, Mazurana said, but she hopes the report will inspire agencies to act. “We can’t have people assaulting and harassing others and causing people to leave their jobs,” she said. “We need really highly qualified, good men and women in these positions.”