Mass Starvation as a Political Weapon 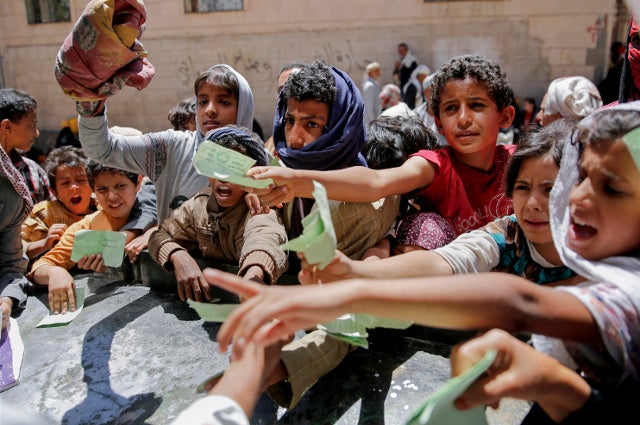 Mass starvation killed more than three million people in Stalin-era Ukraine in the 1930s and more than 18 million in China during Mao Zedong’s Great Leap Forward in the late 1950s and early 1960s. Yet by the start of this century, famines like those were all but eliminated, Alex de Waal says in his new book, Mass Starvation: The History and Future of Famine. The number of people dying in famines around the world has dropped precipitously, particularly over the last thirty to fifty years.

Those gains, though, are fragile, and could be starting to be reversed, says de Waal, who is the executive director of the World Peace Foundation and a research professor at the Fletcher School. For his book, he compiled the best available estimates of global famine deaths from 1870 to 2010, and used that data to analyze trends. Tufts Now sat down with him recently to find out what he learned.

Tufts Now: In the popular imagination, famine is often connected with too many people and too little food—that is, with overpopulation and low agricultural production due to natural disasters such as drought. How does that line up with reality?

Alex de Waal: That is nonsense. Famine is a very specific political product of the way in which societies are run, wars are fought, governments are managed. The single overwhelming element in 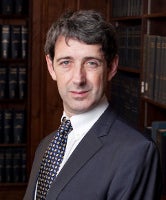 You can actually show that the population theory of famine is wrong. Not just wrong at a global scale—because famine mortality has gone down precipitously while world population has gone up—but also at a country level. In the countries that have historically been very prone to famine, like Ethiopia or India, famine mortality has gone down and continues to do so even while population goes up. This is not to say that there isn’t a problem of resource consumption in the world. It’s just to say famine is not part of that.

You say that mass starvation was almost eliminated, with famines becoming less frequent and less lethal. How did that happen?

There are multiple reasons: the background economics, the improvements in transport systems, information systems, massive improvements in public health. The big historic killers in famines used to be infectious diseases. Those are now much less likely to kill large numbers of people.

One big factor is the international humanitarian industry. The humanitarians are much better at addressing the symptoms than the causes. But nonetheless if you can reduce the lethality of famines to a small fraction of what they used to be twenty, thirty, fifty years ago, even if you’re not addressing the causes, you’re still doing something substantially positive. 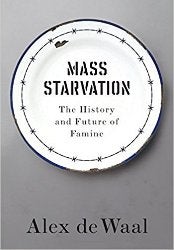 The last reason for the decline in famines is undoubtedly the decline in wars, the decline in totalitarian rule, and the spread of democracy and liberal values. There’s something very tangibly precious to be held onto about democracy, liberalism, and humanitarianism. You can demonstrate that this has saved tens of millions of lives. It shouldn’t be treated lightly.

In addition to sending humanitarian aid, outsiders have sometimes argued for intervening with military force to protect civilians who are suffering during famines in conflict zones. What do you think of that?

I think it’s a terribly bad idea—it’s very likely to go wrong. Twenty-five years ago, when President Bush the elder sent his troops to Somalia, I resigned from Human Rights Watch over it. I was asked to support it, and I refused. I still think it’s a bad idea. Almost every instance where you see troops sent in, it has not worked out well. These are not problems that can be solved by the military.

You say that the success in combating famine is now stalling and that world leaders should help by making the act of starving people a war crime or a crime against humanity. Isn’t it already against international law?

Lawyers will argue about this. Some will say there is no law that outlaws faminogenic acts—acts that create famines—and there are so many loopholes in international law that you can fly fighter jets through it, as the Saudis are doing now in Yemen. Others will say the law is there if interpreted correctly.

What can’t be denied is that it’s an issue that we collectively don’t care enough about to make the criminalization work.

Let me give a parallel, which is sexual and gender crimes. Rape has always been unlawful, but it was only relatively recently that the international community—global public opinion—cared enough about criminalizing rape to actually make it into an issue that could be stopped. In the same way, I think we need to care enough about starvation, in places like Yemen, Syria, Nigeria, and South Sudan, to make it an issue that is so toxic that it is stopped.

You mention Yemen, where an ongoing armed conflict and blockade imposed by a Saudi-led coalition have left millions in need of humanitarian assistance. What should be done about the people starving there?

Yemen is the greatest famine atrocity of our lifetimes. The Saudis are deliberately destroying the country’s food-producing infrastructure.

The United States and the European countries, if they cared about it enough, have enough leverage to get the Saudis and the Emeratis to stop bombing agricultural, health, and market infrastructure, open the ports, and have a much less restrictive definition about what food is allowed in. They also need to start a peace process. This is not a war that is going to be won in any meaningful sense. It’s a political, created famine and it will have to be solved by political, created means. One can ameliorate the impact by enabling a humanitarian response, which would save many lives, and allowing the economy to regenerate a bit, but a proper solution has to be a political one.

How hopeful are you about the possibility of ending famine?

At any time up to a couple of years ago, I would have been extremely hopeful. The default mode of the national and global governance systems was in favor of humanitarian systems and against faminogenic actions. That was the way history was going. That was the direction of global politics.

Now I’m much less certain about that, as we are seeing some of this introverted, xenophobic, transactional, zero-sum politics. It’s not just here in the U.S. You also see it in Europe, with Britain as a particularly sad example.

The World Peace Foundation, together with the Feinstein International Center, is organizing a one-day conference on famine to be held at the Fletcher School on May 4.