Why Education in Prison Matters 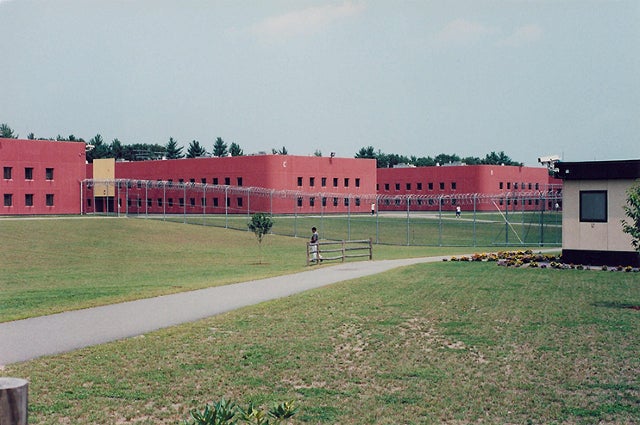 Tufts’ new college-in-prison program is hosting a two-day symposium, Prison and Education: The Responsibility of Engagement, on February 1 and 2. It will include speakers who are graduates of college-in-prison programs, representatives from prisoner advocacy organizations, including formerly incarcerated people. The event, the first of its kind at Tufts, is free and open to the public.

The symposium, which seeks to bring knowledge of prison and education issues to a wider audience, is part of the Tufts University Prison Initiative at Tisch College, which includes a new undergraduate course at the Massachusetts Correctional Institute (MCI) in Shirley, Massachusetts. Hilary Binda, AG03, founding director of the program, last fall brought ten undergraduates to the medium-security prison, where they discussed literature with ten incarcerated men, who earned college credit for the class. The course is being offered again this semester.

Binda said the symposium is a chance to engage students, faculty, and staff in discussions on the positive value of education for people in prison. “It’s important to focus on how we can creatively intervene in the prison system and mass incarceration,” she said.

It’s also an unusual opportunity, she said, for students, faculty, and staff “to feel some sense of connection with people we don’t usually cross paths with. It’s all part of education for education’s sake.”

She gives credit to the Tufts students who took her course this fall for supporting the idea of the symposium and helping organize the event. “They are extremely energized and activated,” she said.

Binda attributes that enthusiasm to the “humanizing of people that inevitably happens when you go inside. I think this symposium is a way students can act on their commitment to the people they’ve met, as well as to their social justice-informed politics.”

The event begins at noon on February 1 on the Boston health sciences campus, at Jaharis Auditorium, with a panel discussion led by Alysse Wurcel, a practicing physician who works with incarcerated populations and assistant professor of geographic medicine and infectious diseases at the School of Medicine, about prisons, patients, and health care.

That focus of that panel grew out of student interest as well. After James Forman, Jr., a Yale Law School professor and author of Locking Up Our Own: Crime and Punishment in Black America, gave the prison initiative’s inaugural lecture in September, students at the School of Medicine asked Binda if they could organize an event “so they could hear from the people themselves about what it means to be a patient who is incarcerated or who has that history, and has to get health care,” she said.

The event then shifts to the Medford/Somerville campus for a late afternoon keynote address by Andrea James, founder of National Coalition for Incarcerated and Formerly Incarcerated Women and Girls and Families for Justice as Healing, author of Upper Bunkies Unite: And Other Thoughts on the Politics of Mass Incarceration. James, who received the 2016 RFK Human Rights Award, will speak on “Nothing About Us Without Us,” incorporating the voices and ideas of incarcerated and formerly incarcerated women and girls.

The second day’s program includes panel discussions on “Learning in and in Spite of Prison” and “Solitary Voices: Surviving and Organizing Against Solitary Confinement,” and a workshop on legislative advocacy and activism. Among the prison-advocacy programs represented Ex-Prisoners and Prisoners Organizing for Community Advancement, Prisoners’ Legal Services, and Massachusetts Against Solitary Confinement.

The symposium also includes a workshop specifically for faculty who are interested in teaching in prison. Some faculty are already doing just that. Through a new faculty lecture series, Tufts-in-Prison Conversations, sixteen faculty from the School of Arts and Sciences, the School of Medicine, the School of Dental Medicine, the Fletcher School of Law and Diplomacy, and the Friedman School are providing advance readings and then running weekly, two-hour lecture-discussions inside the prison with a large audience of incarcerated people.

The engagement of the prisoners, said Binda, has already “astounded” the faculty member who gave the first lecture. More than fifty prisoners signed up to participate, “and that is something—they first have to apply for clearance, and they don’t get any academic credit,” said Binda. “This demonstrates that there is tremendous interest in what we’re offering, and a deep commitment to education for education’s sake on the part of the incarcerated audience members. It showed that people really want to learn.”

For more information on the symposium, and to register, go the event website.