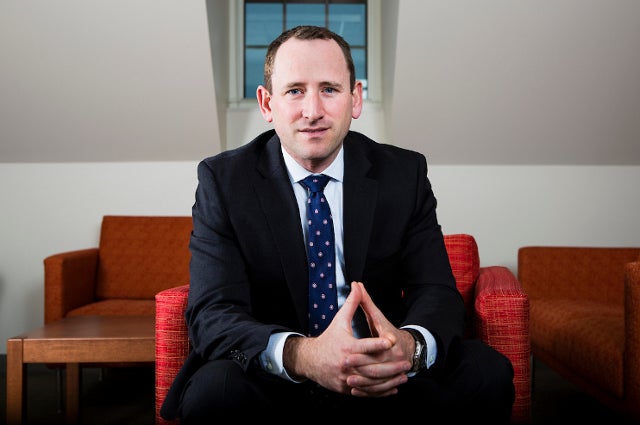 In 2011, the Texas state legislature passed a bill requiring that residents present certain types of identification before being allowed to vote. The U.S. Department of Justice filed a lawsuit against Texas, arguing that the intent and effect of the bill was to discriminate against minority voters.

That’s where Eitan Hersh, an associate professor of political science at Tufts, came in. Working as a consultant for the Department of Justice, along with a colleague at Harvard, Hersh devised a way to determine who qualified to vote under the controversial law, known as S.B. 14.

Using an algorithm, and delving into millions of publicly available records, he determined that while fewer registered voters lacked the necessary ID than had been thought, the effect of the law was clearly discriminatory, disproportionately affecting minorities. To qualify to vote under the law, registered voters had to present a state driver’s license or ID card, a concealed handgun license, a U.S. passport, a military ID card, or a U.S. citizenship certificate with a photo.

Now Hersh has described his methodology in the journal Statistics and Public Policy. In the paper, he and Stephen Ansolabehere, a professor of government at Harvard, show how they matched people listed on the Texas election voter files with residents having one of the acceptable forms of ID by using only address, date of birth, gender, and name data. The resulting data were almost as good as matching Social Security numbers. The researchers also classified the voters as either Anglo, black, Hispanic, or “other races”, to determine if there were discriminatory effects of the law.

“In the last decade, states have been changing rules about registration, early voting, and voter ID,” said Hersh. “Voter ID is particularly controversial, because some of these laws seem to have been passed into law with a discriminatory intent.”

And indeed, in the Texas case Hersh and Ansolabehere found that “white registered voters are significantly more likely to possess a voter ID than African-American or Hispanic voters,” Hersh said. The result, he said, was a discriminatory effect of the law.

The courts agreed through various rounds of appeals, and last May the Texas legislature passed a new law it said addressed those concerns. That law is subject to litigation now, too, though most recently an appeals court let parts of the law stand.

Hersh has been working on voter ID research for more than five years, both as an expert witness in court cases and a social scientist. His work in the area started with research for his 2015 book, Hacking the Electorate: How Campaigns Perceive Voters (Cambridge University Press), which focuses on how political campaigns take public voter files and augment them with microtargeting data, such as information gleaned from social media.

“It turned out that the skills and knowledge I developed from working with voter files had a practical value in legal disputes related to voter data,” Hersh said. “So now I regularly serve as an expert witness in cases where I can help courts understand the effects of laws.”