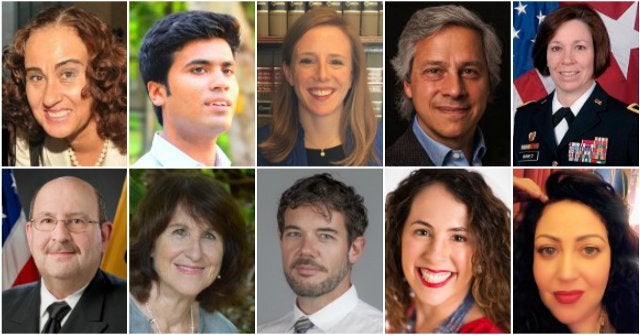 The Tufts University Alumni Association will recognize ten exceptional Jumbos for their career successes, contributions to the university, and civic engagement during a celebration on the Medford/Somerville campus on March 29. The ceremony is free and open to the public.

The Distinguished Service Award, for outstanding service to the university, goes to Francesca Grace Lujan, J93.

Claudio X. Gonzalez, F91, F92, is receiving the Active Citizenship and Public Service Award, which celebrates contributions to improving the lives of others.

The inaugural presentation of the Career Services Award is going to Bess Dopkeen, A04, for her work creating career opportunities for Tufts students and alumni.

The Tufts community is invited to attend. The event begins with a reception at 6 p.m. at Sunny Breed Memorial Hall, 51 Winthrop St. on the Medford/Somerville campus, followed by the awards ceremony at 7. For more information and to RSVP, go here.

Brigadier General Maria Barrett is the deputy director of operations, J3, at the U.S. Cyber Command at Fort Meade, Maryland. Her thirty-year military career began after graduation from Tufts with her commission as a second lieutenant in the Tufts Army ROTC program. Barrett’s expertise in communications has placed her at the center of operations in the Middle East. She served in the Gulf War as a first lieutenant and platoon leader, in Kuwait as a colonel in support of Operation Iraqi Resolve, and in the war in Afghanistan. Upon her 2015 promotion to brigadier general, she joined the Cyber Command, where she is responsible for Department of Defense information networks, military cyberspace operations, and U.S. freedom of action in cyberspace.

Patrick Healy is an accomplished journalist with nearly 20 years of experience at major publications. In 2000-2004, he worked for the Boston Globe as a war reporter in Iraq and Afghanistan and covering higher education in Boston and New England, for which he was a finalist for the 2002 Pulitzer Prize for beat reporting. He has been an editor and correspondent at the New York Times since 2005. As a political correspondent, he covered the 2016 presidential election and in 2008 was the lead reporter covering Clinton’s campaign. He is currently a deputy culture editor at the Times, overseeing investigations relating to the arts. 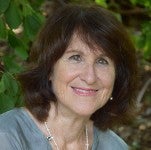 Margaret George Kaufman specializes in fictional biographies of historical figures, balancing factual accuracy with excitement and drama. She has published seven novels and her eighth is due out in October. Her books have been translated into twenty-one languages, and have all been bestsellers. The ABC 1999 Emmy-nominated mini-series Cleopatra was based on her novel, The Memoirs of Cleopatra. Before beginning her career as a full-time novelist, she earned an M.A. in ecology at Stanford University, and worked at the National Institutes of Health in Bethesda, Maryland as a science writer. 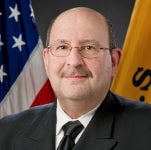 Hugh Mainzer is a senior preventive medicine officer and supervisory epidemiologist at the U.S. Centers for Disease Control and Prevention (CDC) in Atlanta. He currently works in CDC’s Office of Public Health Preparedness and Response as a member of the Division of State and Local Readiness. Previously, Mainzer was the chief veterinary officer of the U.S. Public Health Service, and continues to provide guidance and advice to the Office of the Surgeon General and the U.S. Department of Health and Human Services on matters involving human-animal-environmental interaction. Mainzer is a strong advocate for initiatives and programs designed to integrate clinical and scientific proficiencies with the practices of all public health professionals, human and animal care providers, and emergency managers.

In her career, Michelle D. Stent has been a federal, state, and municipal government affairs representative specializing in government relations, policy advocacy, legislative drafting, grants, communications, and nonprofit management. She is co-chair of health and human services of the greater New York chapter of the Links, Inc. and a founder of the Elder Community Partnership for the greater Harlem community. Stent is deeply committed to diversity and inclusion, health policy, and public affairs. She has worked with many nonprofit organizations including the New York Academy of Medicine and the United Negro College Fund. Stent’s government service included work as counsel to the U.S. House of Representatives Government Operations and Education and Labor Committees. She is a contributing writer to publications including The Amsterdam News, Harlem Community News, and The Beacon.

Francesca Grace Freeman-Lujan has spent twenty-five years as an educational leader in the New York City public school system, advocating for the education, empowerment, and development of students and youth. Lujan holds a post-graduate degree in educational leadership from Long Island University, an M.S. in bilingual education from Mercy College School of Education, and a B.A. in English literature and film from Tufts. In addition, she holds certifications in various categories of educational leadership and literacy. She is currently an assistant principal in Harlem. In 2016, she founded the Tufts University’s Bruce-Griffey Leadership and Diversity Fund, which provides stipends for undergraduates to pursue internships in leadership and diversity.

Sharad Sagar is an entrepreneur who works in the field of education and public service. Sharad’s startup, Dexterity Global, aims to democratize access to education. It is described as “an ecosystem of educational platforms serving middle school and high school students in South Asia.” While an undergraduate, Sagar ran Dexterity Global from his dorm room. He was the first freshman to win the Tufts’ $100,000 Entrepreneurship Challenge. He was inducted in the Rockefeller List of 100 Next Century Innovators and Forbes 30 under 30 lists as an undergraduate, and was one of three graduating seniors in the United States to receive the Samuel Huntington Public Service Award, for his work serving communities in South Asia.

Kaleigh Fitzpatrick Hogan began her professional career in the Tufts Office of Alumni Relations, working closely with the Tufts Alumni Council. She left Tufts to pursue a law degree at Suffolk University, yet even as a first-year law student she maintained connections to the many alumni, faculty, and staff with whom she had built relationships during her decade on campus. In 2014, she was elected to the Tufts Alumni Council and has served as vice chair of the Alumni Resources Committee for two years. She has also volunteered with the Tufts Alumni Ambassador program, her reunion committee, and the Tufts Track and Field Leadership Circle.

Claudio X. Gonzalez is a Mexican businessman and activist who has founded various organizations that work to combat corruption, improve the quality of education, and increase access to technology. He earned his B.A. in law at Escuela Libre de Derecho in Mexico and an M.A. in law and diplomacy and Ph.D. in law and international relations from the Fletcher School. He is the co-founder and president of Mexicanos Contra la Corrupción y la Impunidad, a citizen initiative committed to the consolidation of the rule of law through fighting corruption in Mexico, as well as Mexicanos Primeros, an organization that advocates for improvement of public education in Mexico. Additionally, he is the president and advisor of Bécalos, the largest program of nongovernmental scholarships in Mexico, with more than 260,000 beneficiaries. He specializes in promoting citizen participation in philanthropy and improving the quality of public education. 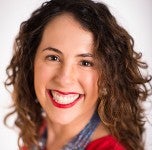 Bess Dopkeen is a senior analyst in the Office of the Secretary of Defense / Cost Assessment and Program Evaluation. She currently leads the Defense Innovation Board’s congressionally mandated software acquisition streamlining study. She was previously the program manager for the Cost Assessment Data Enterprise, the department’s unified initiative to strategically collect, organize, improve, and use cost data across the cost community. Dopkeen was a Center for a New American Security Next Generation fellow, and has been a Truman National Security Project Fellow since 2009. She came to D.C. as a Tufts University Dutko Fellow, after receiving a B.A. in political science. She also holds an M.S. from the Eisenhower School of National Security and Resource Strategy, where she was a distinguished graduate.
Campus Life