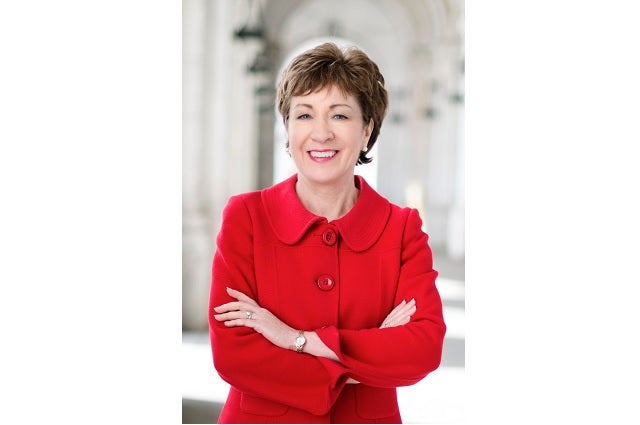 Eitan Hersh, associate professor of political science in Tufts' School of Arts and Sciences, will moderate the discussion with Collins. Hersh studies civic participation, electoral strategies and voting behavior, with a specialty in American politics.

This event is free and open to the Tufts community, though an RSVP is encouraged here.

The event is open to members of the news media, but they must register in advance by contacting Robin Smyton via email at robin.smyton@tufts.edu or by phone at 617-627-5392.

The event will be livestreamed at tischcollege.tufts.edu.

First elected to the U.S. Senate in 1996 to represent Maine, Collins currently ranks 15th in Senate seniority and is the most senior Republican woman.  She chairs the Senate Aging Committee and the Transportation, Housing, and Urban Development Appropriations Subcommittee. She also serves on the Intelligence Committee and the Committee on Health, Education, Labor, and Pensions.

For the past four years, Collins has been ranked as the most bipartisan member of the U.S. Senate by the Lugar Center and Georgetown University. Policy areas of focus for Collins include homeland security, national defense, disaster response, education, business development, health care and issues of particular interest to the nation's seniors.  Along with then-Sen. Joe Lieberman, D-Conn., Collins authored a major overhaul of the nation's intelligence community after the Sept. 11 attacks and also led the successful effort to repeal the discriminatory "Don't Ask, Don't Tell" law that prohibited gay Americans from serving openly in the military.  In 2013, Collins forged the bipartisan coalition that ended a 16-day shutdown of the federal government.

Collins has had a long-standing interest in health care. In 1997, she founded the Senate Diabetes Caucus and has led the effort to more than triple federal funding for diabetes research. As the founder and Senate co-chair of the Congressional Task Force on Alzheimer's, she has worked to increase funding for Alzheimer's research and to strengthen support for family caregivers.

Collins has never missed a vote in her 20 years in office, attending more than 6,500 consecutive votes. Constituent service has always been one of her top priorities. During her time in the Senate, she has helped tens of thousands of Mainers resolve issues with federal agencies at six constituent service centers throughout Maine.

The Jonathan M. Tisch College of Civic Life focuses on preparing students to tackle the most pressing challenges to democratic and civic life, and on conducting research in the emerging field of civic studies.