After an international search, Brawer is named Jewish chaplain and executive director of Tufts Hillel 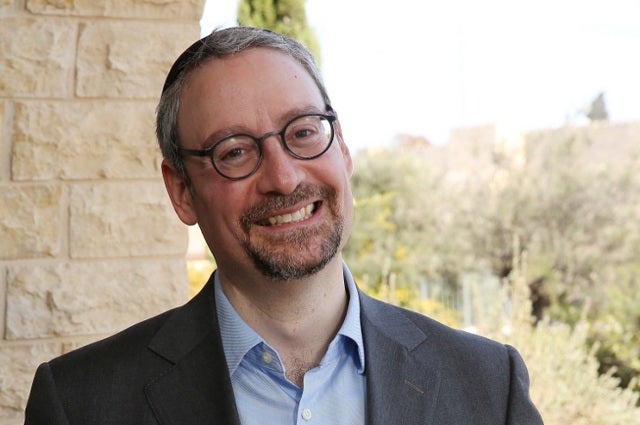 Rabbi Dr. Naftali Brawer, chief executive of a London think tank, author, and prominent voice within the United Kingdom’s Jewish community, has been appointed Jewish chaplain and Neubauer Executive Director of Tufts Hillel following a six-month international search. His dual appointments come as Rabbi Jeffrey A. Summit steps down from the positions after nearly four decades of service to the Tufts community.

Brawer, who holds a Ph.D. in Hebrew and Jewish studies from University College London (University of London), has led since 2011 the Spiritual Capital Foundation, a think tank and consultancy in London that works with organizational leaders to develop and articulate their values. A prolific author, he has been a congregational rabbi and a frequent contributor to the BBC, and was named to the Jewish Chronicle 100 Power List of men and women shaping Jewish life in Great Britain. Brawer will begin his roles at Tufts in mid-May.

“Jeff Summit and his exceptional team, along with a dedicated board, have built at Tufts one of the most respected and successful Hillel chapters in the country,” Brawer said. “I am honored to follow Rabbi Summit as the next Neubauer Executive Director, and I am excited to work in helping our students discover a Judaism that is compelling, meaningful, and relevant to their lives. The future of America is being shaped on university campuses. I cannot think of a more exciting place to be.”

Because the executive director of Tufts Hillel is traditionally appointed the Jewish chaplain to the university, Brawer also will join the University Chaplaincy.

“We are delighted to welcome Rabbi Dr. Brawer to our collegial circle and to our common work of serving the Tufts community in the areas of spirituality, cultures, and social justice,” said the Rev. Gregory McGonigle, university chaplain, who served on the search committee. “We are excited by his past engagement in interfaith leadership and we look forward to the expertise he will bring to Tufts in this and many areas.”

Ted Tye, A79, A06P, A13P, who chaired the search committee, said Brawer stood out among 90 candidates for the position, earning enthusiastic support from committee members and from the students, faculty, staff, and alumni he met with during his campus visit.

“Rabbi Dr. Brawer impressed the committee with his easy manner, leadership, depth of thought, and nuanced understanding of the ways in which Tufts Hillel can play a critical role in the discussion of important issues occurring across our campuses,” Tye said. “As much as Tufts Hillel will miss Jeff Summit after 39 years, we see Naftali as someone who can position the organization for future success and be a strong leader within the university.”

Brawer holds dual citizenship in the U.S. and U.K., where he has spent the last twenty years. Brawer’s wife, Dina, a native of Milan, is completing her rabbinical studies at Yeshivat Maharat. The Brawers have four children, ranging in age from thirteen to twenty-four.

Summit, AG88, AG95, A03P, A05P, was recently awarded the Ballou Medal in recognition of his extraordinary leadership of Tufts Hillel. He will continue as a research professor in the Department of Music and the Judaic Studies Program after stepping down at Tufts Hillel at the conclusion of the academic year.

Patrick Collins can be reached at patrick.collins@tufts.edu.

What Should You Do and Why?

Spirituality at Tufts: Hillel and Beyond