A Talent for Spotting Talent

For Andrea Nelson Meigs, J90, now an agent for stars like Beyoncé, it all started in the mailroom 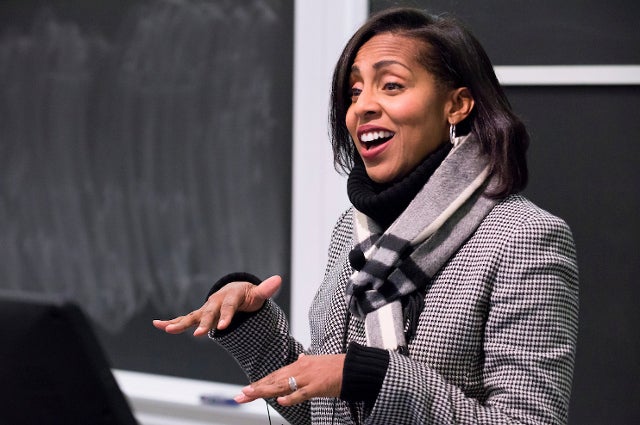 About three months into a job as an assistant district attorney in Los Angeles in 1995, Andrea Nelson Meigs, J90, was being groomed to join the team for the upcoming O.J. Simpson trial. But in a soul-searching moment, she realized that wasn’t what she really wanted to do.

She’d always been interested in entertainment—she’d acted when she was young and grew up in L.A.—and decided to become a talent agent. In a leap of faith, she left the DA’s office and took a low-paying job in the mailroom of CAA, the mammoth talent agency in L.A.—the traditional first rung on the ladder to becoming an agent.

The mailroom was a tough gig. “You have to check your ego at the door,” Nelson Meigs told a crowd of undergraduates at Tufts on March 2, in an event sponsored by Tufts Career Services. As she narrated her career path, the lessons were clear: “Success is about paying your dues,” she said, and “be honest and be a good person, because it keeps coming back to you—you never know where you will end up.” She’s certainly made it to the top: Nelson Meigs is now a senior talent and literary agent at ICM Partners, with clients such as Beyoncé, Alfred Enoch, and Ellen Burstyn.

So there she was, degrees from Tufts and Duke Law School, and she was sorting fan mail, lugging mail bins, arranging fruit platters, and hearing from angry senior agents that the bananas were too ripe. She was living at home with her parents in the southern L.A. suburb of Palos Verdes, leaving the house at 4:45 a.m. to fight the traffic to Century City, getting to the Kroger on Santa Monica Boulevard in time to stock up on fruit and milk for the office, and landing at the mailroom at 7 a.m.

Nelson Meigs thought it might take six months to graduate from the mailroom. “Two years later,” she said with a roll of her eyes that brought a laugh from the audience, she moved up to a desk job—an assistant, “basically a glorified secretary,” she said—scheduling meetings and the boss’s dinners, getting reservations at fancy restaurants, and also reading scripts to give summaries and opinions on them. 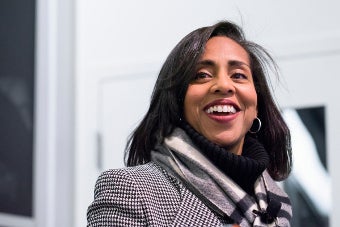 Being a talent agent is “more of a lifestyle than a job,” Andrea Nelson Meigs said. Photo: Alonso Nichols
One of those scripts seemed just right for director Ridley Scott, she thought, and she told her boss. Soon afterwards she was in the Monday morning meeting of the top fifty agents, and her boss suddenly turned to her and told her to give the pitch for the script. “If I could have blushed, I would have,” she said, but undeterred she told the crowd why the project would be right for Scott. And she noticed the agents scribbling down the details. That’s when she knew she could do the work.

Around then, too, she saw clients like Halle Berry, Will Smith, and Sidney Poitier in her firm’s roster, and looked around at the other agents and realized that “there is no one who looks like them here”—and knew she could be that person.

After a few more years, she became an agent herself, and soon enough was making progressively bigger deals, signing up clients who moved from small roles to large ones, and expanded her reach into the literary field, representing authors as well as musicians (yes, Beyoncé  is a nice person, free with compliments and appreciative words, Nelson Meigs said).

Along the way, she learned that you need to trust your instincts. When she saw an actor in a minor role in the film Coach Carter in early 2005, she had an instant feeling that he was going to make it big. He was even sleeping on the couch of a friend of hers. But she didn’t follow through to see if she could be his agent. “It was Channing Tatum,” she said, and ever since then, she’s learned it’s best “to go with your gut.”

Being an agent, of course, is no piece of cake. It’s a nonstop job, where the work is never really over. “More of a lifestyle than a job,” she said, and “half career counselor and half life coach-therapist.” She told stories of working with top actors who pause before taking a job, wanting her opinion—which role should they take? “It’s very fulfilling,” she said.