Afghan native Abuzar Royesh, A16, receives funding for graduate degree at Stanford, hoping to reform governance in his home country 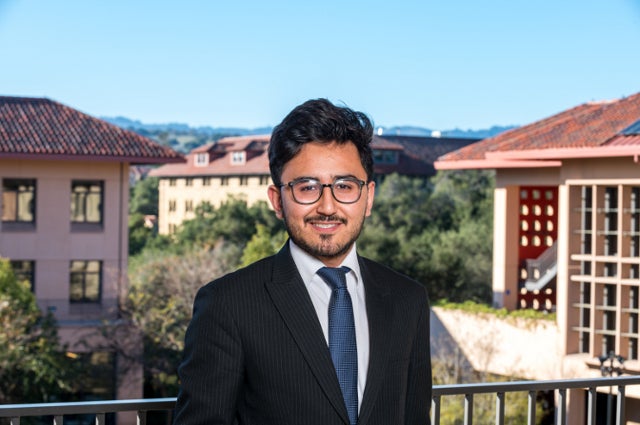 Abuzar Royesh, A16, has been named to the inaugural class of Knight-Hennessy Scholars at Stanford University, which funds graduate degree programs for recipients at the university. Royesh, who is originally from Ghazni, Afghanistan, will work toward an M.A. in international policy studies starting this fall.

Royesh is among forty-nine initial recipients selected for scholarship, out of more than 3,600 applications received from around the world. “We have selected students who believe strongly in the pressing need for better leadership across all disciplines, and around the globe,” said John L. Hennessy, Shriram Family Director of Knight-Hennessy Scholars.

Since graduating, he has been working as a senior research associate with Afghanistan Holding Group, a consulting firm based in Kabul. “We work on various research projects for the government, international nongovernmental organizations, and donors in the fields of education, agriculture, infrastructure, and humanitarian aid,” Royesh said.

Royesh has also been involved in two other projects since he returned home to Afghanistan. “The first is continuing the leadership workshops for high school students I initiated through the assistance of Tisch College,” he said. “The second is working with a team to carry out relief projects for the families of the victims of a 2016 attack on a peaceful protest in Kabul.”

He is also co-founder and program director of Bridges Academy, an inter-ethnic education program in Afghanistan. While at Tufts, he received the Presidential Award for Citizenship and Public Service.