Natalie Shapero, who doesn't pull punches in her writing, explains what poetry means to her 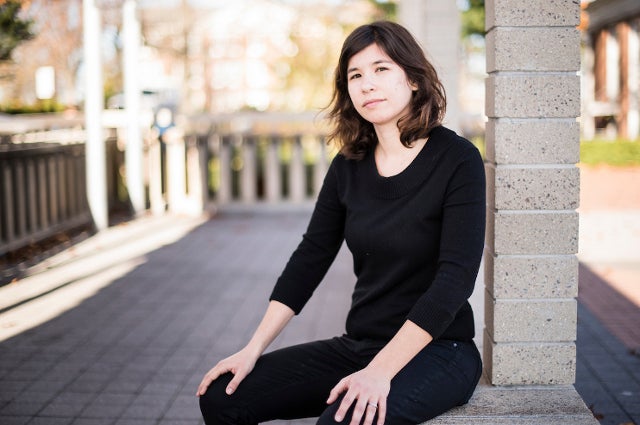 T.S. Eliot had it at least half right when he wrote, in the opening to The Waste Land, that April is the cruelest month, at least judging by the cold, miserable weather we’ve been having this so-called spring. It also is, coincidentally, National Poetry Month, proclaimed by the Academy of American Poets.

In that spirit, we reached out to Natalie Shapero, professor of the practice of poetry in the English department, to talk about what poetry means to her and what it might mean to the rest of us.

Shapero didn’t spend her early years pining over poetry, aiming for a garret in which to write. She studied creative writing, but also went law school and practiced law. Her poetry is sharp, sometimes acerbic, often funny, with tinges of anger and despair. K.R. Miller in the Michigan Quarterly Review describes her latest book of poetry as “punching with . . . finesse, mobilizing the detritus of society and memory to wrangle with God, death, and motherhood.” 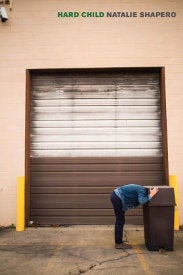 It’s also supremely readable. Take this, from her poem “Hot Streak”: “Actually it’s ridiculous to opine on what kind / of dog I would be, were I ever a dog, as I don’t / contain within me half enough life to power a dog.” And then there’s this, from “God Only”: “I remember / my old love holding me / over the side / of some canyon. / DROP ME, I ordered, and / he goddamn tried.”

Both come from her latest book of poetry, Hard Child (Copper Canyon Press), which was recently shortlisted for the prestigious 2018 Griffin Poetry Prize—one of four on the list, out of more than 500 books considered. (The winner will be announced June 7.)

We recently caught up with Shapero to talk poetry.

Tufts Now: What do you hope readers get out of your poetry?

Natalie Shapero: A lot of my work explores various modes of indirectness—the ways we talk about things by talking around them, or how we use obfuscation or implication when addressing painful topics. The feeling of needing to make meaning without having the opportunity to say something squarely—I hope readers might feel some of that feeling.

Do you have a favorite poem?

I think I have a different favorite poem every day. Today it’s the Federico García Lorca poem “Two Evening Moons,” which begins “The moon is dead dead”—translation by Sarah Arvio.

A lot of people say, “I don’t get poetry—it’s too hard.” What would you say to them?

One thing readers might initially balk at is poetry’s potential for an associative grammar, one that can diverge from traditional prose in its reliance on leaps and absences. It might take a reorientation in reading practice to feel conversant with this mode. But the more time you spend reading poetry, the more comfortable you become knowing when the poem is inviting you to supply a connection between two seemingly disparate moments, or, in the alternate, when the poem is creating meaning through a resistance to connection.

Poetry seems like it is best read aloud—do you read other poets work aloud to yourself?

“Best” is a complicated word—this might be the case for some poems, but not for others. I am thinking here of poems written in ASL, or poems like this wild one in a recent issue of Poetry, or other work that is heavily reliant on the visual or the tactile. But for poems that invite out-loud readings, I do love to hear them and to read them out loud when I’m reading to myself.

Do you ever memorize poems? If so, any ones that still are embedded in your mind?

Yes! Maybe my favorite poem to recite is John Donne’s “At the round earth’s imagined corners.” It includes the imperative “arise, arise / from death, you numberless infinities of souls,” which is good for yelling.

The last poem, which is called “The Sky.”

Whatever I care for, someone else loves it
more, deserves it more: the doe with her
whole mouth crushing the phlox or the seer
who adores my future, whereas I could

take it or leave it. I know I’ll disappear.
It won’t be glamorous. It won’t be like when
the Mona Lisa was stolen and the tourists all
lined up to pay their respects at the empty
spot on the wall of the Louvre.

look at the past, people have been dying forever, and—

then he stopped and shook his head—
I drank too much. I was almost saying
that people have died forever and all
of them survived, but of course—he made
a hard laugh—God, of course they didn’t survive.

(“The Sky” by Natalie Shapero, from Hard Child, reproduced with permission of Copper Canyon Press.)