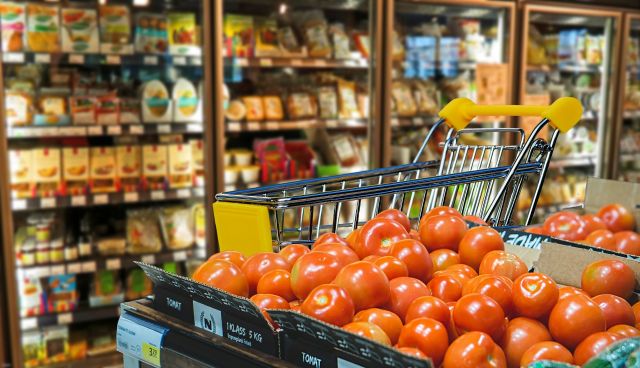 Led by researchers from the Friedman School of Nutrition Science and Policy at Tufts, the study examined the dietary patterns of SNAP recipients with two comparison groups, those whose income qualifies them for SNAP but choose not to participate, and those whose income is higher than the SNAP guidelines.

Based on the American Heart Association (AHA) 2020 Strategic Impact Goals for diet, the research team created a summary score reflecting a diet quality of poor, intermediate, or ideal. A ‘poor diet’ corresponded to less than 40 percent adherence to the AHA 2020 goals; an ‘intermediate diet’ to 40 to 79.9 percent adherence and an ‘ideal diet’ to 80 percent or greater adherence.

“Disparities persisted for most food groups and nutrients. Even after adjusting for differences in age, sex, race/ethnicity, education, and income over time, diet-related disparities by SNAP participation status were not materially altered for most dietary components,” said co-first author Junxiu Liu, Ph.D, postdoctoral scholar at the Friedman School at Tufts.

“These poor diets should not be interpreted as a cause-and-effect of participating in SNAP. It is possible that dietary trends of these low-income Americans could have been even worse without participation in SNAP. With the 2018 Farm Bill being debated in Congress, our findings underscore the need for robust new strategies for healthier eating and reduced dietary disparities for all Americans,” said Dariush Mozaffarian, M.D., Dr.P.H., dean of the Friedman School at Tufts.

The authors also found that the proportion of SNAP participants among US adults increased from 9 percent in 1999-2000 to 17 percent in 2013-2014, which could reflect changes in economic factors – in particular the economic recession during this period -- and to a lesser extent changes in SNAP policies in the 2002 and 2008 Farm Bills that improved accessibility and expanded eligibility. These economic and policy changes moved individuals with greater education and previously higher-income onto SNAP. Because such individuals would generally have better diet quality than participants in SNAP with less education, such population shifts likely make the observed dietary disparities by SNAP participation among U.S. adults even smaller than they would be otherwise.

In the limitations portion of the study, the researchers noted that self-reported dietary intake is subject to measurement error, although they also note that it is an excellent method for estimating the mean intake of groups like in this study. They also note that SNAP participants may have different benefit levels over time, producing partial misclassification of SNAP participation.

This study is part of the Food Policy Review and Intervention Cost-Effectiveness (Food-PRICE) research initiative, which focuses on population-level nutrition strategies and their relation to cardiovascular and cancer health outcomes.

SNAP (formerly called the Food Stamp Program) served 42.1 million people in 2017 with an annual budget of $70 billion, exceeding the budgets of the National Institutes of Health, Center for Disease Prevention and Control, Food and Drug Administration, Health Resources and Services Administration, and Agency for Healthcare Research and Quality combined. The average benefit per person in 2017 was $125.80 per month or approximately $4.19 per day. SNAP is the foremost U.S. program that provides food support for low-wage working families, low-income seniors, and people with disabilities. SNAP is reauthorized every five years as part of the omnibus Farm Bill.  The 2018 Farm Bill is currently being debated in Congress.

Additional authors on this study are Colin D. Rehm at Albert Einstein College of Medicine and Parke Wilde and Jerold R. Mande, both at the Friedman School of Nutrition Science and Policy at Tufts University.