Power to the People! 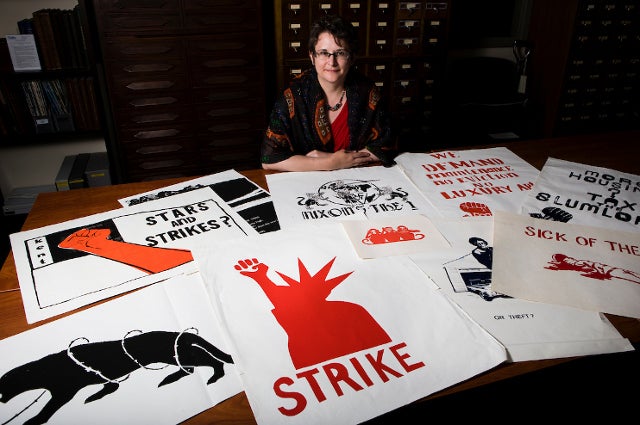 Adrienne Pruitt, Rose Koven, and Pamela Hopkins weren’t sure what they’d find when they left their offices in Tufts Digital Collections and Archives on a recent April day to follow up on a discovery two students made in a Metcalf Hall storage closet.

Chloe Amouyal, A20, and Vikram Krishnamachari, E19, had emailed the archives office to report they’d found a stash of anti-Vietnam War posters, along with some vintage clothes and old copies of the Tufts Daily.

“We weren’t initially optimistic,” said Pruitt, the collections management archivist. “Often what students think are originals are reproductions. But we made arrangements to do due diligence—and they were correct! It was a really cool find.” 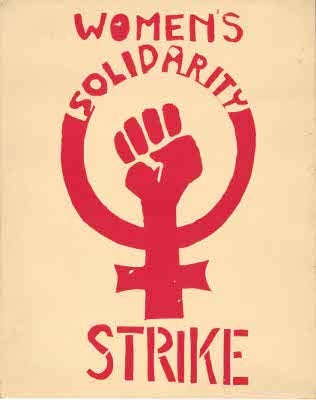 “We were thrilled,” Pruitt said. “It’s not like an intentional time capsule, but it acts like one.”

Amouyal and Krishnamachari, when reached by email, said they recognized right away that the artifacts “needed to be kept safe for posterity and for the Tufts community to see,” said Amouyal. “We didn’t feel we could treat them with the respect they deserved, but trusted that a team of dedicated archivists could certainly handle the job.”

Pruitt and Hopkins, the public services and outreach archivist, brought the treasures to their new home at Digital Collections and Archives, or DCA. The fifty-four different poster images—some found in multiple copies printed in different colors—were all catalogued, and the posters flattened for proper storage.

The official record of the collection is already online at DCA; access to digitized items will be added later this summer. The posters are thought to have been made at Tufts, given the presence of the silkscreen equipment, and while some are signed, archivists are unable to make out just who might have made them. 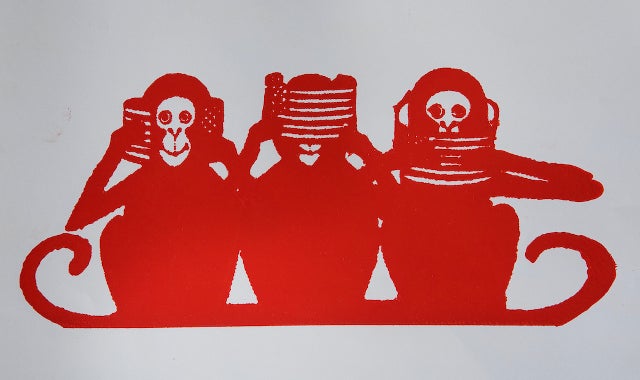 One of the posters found at Metcalf Hall. Photo: Anna Miller
Still, students of both Tufts and American history will appreciate how the posters capture a powerful moment in U.S. politics. Many protest the Vietnam War, while others urge fighting capitalism, racism, sexism, and nukes. And then there are posters that have become slogans passed down to this day, such as “Be Realistic—Demand the Impossible!” and those urging civic participation, like “Write to Congress, It Helps.”

The discovery was so unusual, said Pruitt, that the two archivists put together an exhibit that is currently on display in the entryway of Tisch Library, including scanned posters and two vintage articles of clothing—polyester outfits including a stylish jacket and matching top in a bright orange, yellow, and purple pattern. 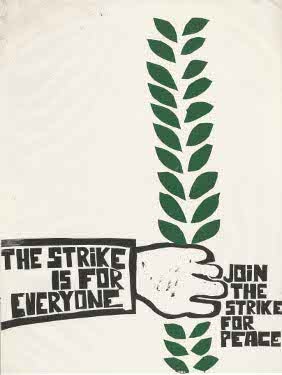 Photo: Courtesy of Tufts Digital Collections and Archives
The posters remain as compelling in their design—and in their message—as the day they were printed. Their rallying cry for peace is conveyed in bold, hand-printed graphics, mostly in red and black. “Join the Strike for Peace,” reads one, while a raised fist and the words “Stars and Strikes?” speaks to the anger ignited by the May 4, 1970, tragedy when four anti-war demonstrators at Kent State University were killed by members of the Ohio National Guard, leading to nationwide student strikes that shut down five hundred colleges and universities.

Despite being close to fifty years old, the posters are in “amazingly good condition,” said Pruitt, because they’d been stored in the hot, dry closet.

Finding the closet was a “total surprise,” said Krishnamachari, who was a first-year advisor in Metcalf. He and Amouyal, close friends from nearby Newton North High School, “had a standing dinner date every other week without fail.” After dinner one night, he thought he would show Amouyal around Metcalf, “and we ended up wandering down a little corridor,” he said. “The closet was at the end, with the door slightly ajar and no doorknob.” The door had always been locked before that evening, and piqued by curiosity, they took a look inside.

“We didn’t see the posters initially,” said Amouyal. They discovered the Residential Life binders in a cabinet, but then noticed the posters were on top, stacked face down in two piles. “On top was a cardboard-backed one that said ‘Rally at Harvard Stadium for All Strikers to Protest Nixon’s War’—that’s when we knew we had found something really special.”

This summer archives staff will digitize the entire collection and make it available to the public via the Tufts Digital Library. It will augment existing documentation about the Vietnam era at Tufts, ranging from records of the administration, including the offices of the president, provost, and others, to records of student groups, such as the Activities and Organizations and Student Body Collections.

The students still marvel at how they stumbled by chance on such a find. “It’s miraculous that the posters are so well-preserved,” said Krishnamachari. “Especially for people in our generation, there is something kind of legendary about the 1970s counterculture. We knew everyone would be as fascinated as we were by this little time capsule.”

Editor’s note: Archivists hope alumni who might have information regarding the origin of the posters will contact them at archives@tufts.edu.